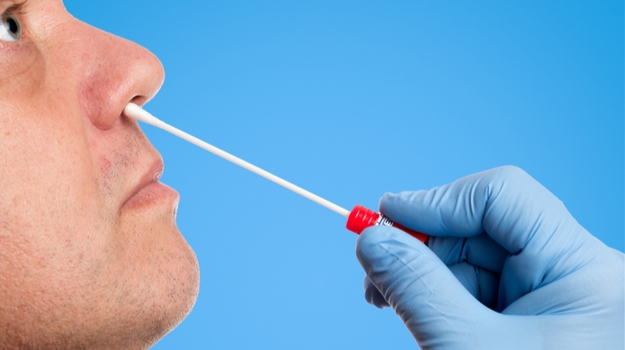 Laboratory Corporation of America Holdings (LabCorp), one of the two largest clinical diagnostic laboratory companies in the U.S., received an Emergency Use Authorization (EUA) from the U.S. Food and Drug Administration (FDA) for its at-home COVID-19 test kit. The EUA allows nasal swab specimens to be collected using the Pixel by LabCorp COVID-19 test home collection kit if a healthcare provider recommends it after the patient takes a COVID-19 questionnaire.

It does not require healthcare workers and first responders to conduct the test using personal protective equipment (PPE). Therefore, it should prevent the risk of transmitting the virus.

“LabCorp continues to develop new ways to help patients and healthcare providers fight the COVID-19 crisis through our leading testing capabilities and deep scientific and research expertise,” said Adam Schechter, president and chief executive officer of LabCorp. “Our at-home collection kits are designed to make it easier and safer to test healthcare workers and first responders during this important time.”

In late March, LabCorp began offering COVID-19 testing through their laboratories around the country, which also provide testing for numerous doctors’ offices and health systems. At that time, Schechter indicated LabCorp was running about 20,000 tests daily and expected to run about 100,000 per week by the first week of April.

At the time, Schechter said, “It’s not just about LabCorp. When you think about the other national, regional, local labs, academic medical centers, hospitals and the state labs, everybody is increasing capacity.”

Yet the U.S. lags in testing, both for the virus and for antibodies against the virus. Widespread testing is considered crucial to reopening the country and moving past the pandemic. Today, The Rockefeller Foundation laid out its COVID-19 Testing Action Plan as a fundamental step to reopen the country.

Rajiv J. Shah, president of the foundation, noted, “Instead of ricocheting between an unsustainable shutdown and a dangerous, uncertain return to normalcy, the United States must mount a sustainable strategy with better tests and contact tracing, and stay the course for as long as it takes to develop a vaccine or cure.”

As of April 21, 2020, only 4,026,572 tests had been completed in the U.S. The Rockefeller Foundation’s action plan notes, “In Taiwan, there have been 132 tests conducted for every confirmed case. In Australia, the number is 62. In the United States, it is five. The unfortunate conclusion from this comparison is that the country’s actual number of infections may be 15- to 20-times higher than the reported number of confirmed cases.”

This will require cooperation of major labs such as LabCorp, Quest Diagnostics, ARUP and Mayo Clinic, as well as smaller regional, hospital and physicians’ office laboratories. It will also require scale-up for manufacturing, test kits and reagents, swabs. It is also not clear if there are enough trained laboratory technicians and medical technologists to conduct the testing.

LabCorp’s at-home test kits will be first made available to healthcare workers and first responders who may have been exposed to COVID-19 or be symptomatic. In the upcoming weeks it expects to make them available to consumers.

Updates on the kits will be made on the company’s COVID-19 microsite.