Roche CEO: Broad Testing for COVID-19 Could Take "Weeks, If Not Months" 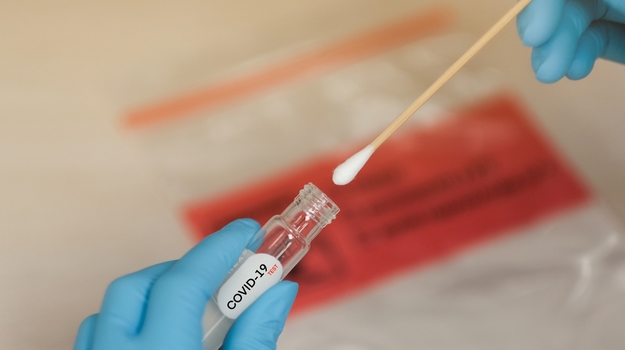 Testing for the novel coronavirus that causes COVID-19 has been delayed in the U.S. compared to some countries. The U.S. Food and Drug Administration (FDA) has implemented increased use of Emergency Use Authorization (EUA) to get tests more quickly approved and onto the market. But in reality, wider access to testing only launched about a week ago.

Severin Schwan, chief executive officer of Switzerland’s Roche, one of the largest manufacturers of clinical testing supplies in the world, expressed a gloomy note, saying he didn’t think the U.S. would be able to test broadly for the coronavirus for “weeks, if not months.”

Coming from Schwan, it’s particularly startling, in that the FDA approved the company’s cobas SARS-CoV-2 Test EMU on March 13. Hospitals and labs will be able to run the test on Roche’s fully automated cobas 6800 and cobas 8800 Systems, which are already in wide use in the U.S. and internationally.

“No doubt, ideally we would have broader testing, but at the moment, capacities are limited,” Schwan told CNBC on Monday. “I think this is still a couple of weeks, if not months, out, and the reason is very simple.”

The reason is that companies such as Roche and others cannot manufacture test kits fast enough to keep up with the spread of the virus.

“The industry is increasing capacities, but at the same time infection rates are even increasing faster,” Schwan said. “At the moment, capacities are limited. That is why we have to prioritize testing to higher risk patients.”

The two largest private laboratories in the U.S., LabCorp and Quest Diagnostics, told CNBC today that together they could process more than 300,000 COVID-19 tests by the end of the week.

LabCorp’s chief executive officer Adam Schechter said it is running around 20,000 tests daily and by the end of the week expects to do “a lot more” than 100,000 tests per week.

Quest’s chief executive officer Steve Rusckowski told CNBC that is conducting about 25,000 COVID-19 tests daily and expects to increase that capacity to about 30,000 by the end of the week, which would give it a weekly capacity of about 200,000.

Other large national laboratories, such as Utah’s ARUP and the Mayo Clinic Laboratory are also offering COVID-19 testing, as are numerous hospital laboratories around the country.

Schechter noted, “It’s not just about LabCorp. When you think about the other national, regional, local labs, academic medical centers, hospitals and the state labs, everybody is increasing capacity.”

CNBC indicates that overall U.S. testing has been hit by delays and restrictive diagnostic criteria.

Schwan indicated that Roche had distributed about 400,000 test kits throughout the U.S. in the last week. The tests can produce results in less than 24 hours.

However, according to the U.S. Centers for Disease Control and Prevention (CDC), there are more than 33,404 total cases in the U.S. with 400 total deaths as of March 23. Today’s number, compiled by Johns Hopkins University (the CDC has yet to update their website), indicates at least 43,000 cases and at least 500 deaths.

Public health officials believe the number of actual cases is much higher due to the limited testing performed. Other countries were much more aggressive in initiating widespread testing. For example, South Korea, which had contained the outbreak to date to less than 9,000 cases, implemented broad screening, having tested more than 338,000 people in the country since January 3.

One of the earlier missteps on the part of the CDC were unreliable test kits. Although it has not yet been determined exactly what the cause was, early reports suggested lack of validation because they were rushing to get them out.

“CDC has generally been regarded as the best in the game,” said J. Stephen Morrison, a health policy expert at the Center for Strategic and International Studies in Washington. “I don’t think they anticipated the technical difficulty or the speed with which the virus has been moving. The virus was racing out ahead of them.”

Ashish K. Jha, director of the Global Health Institute at Harvard, takes a less diplomatic approach, telling the AP, “There were many, many opportunities not to end up where we are. Basically, they took this as business as usual. … And that’s because the messaging from the White House was ‘this is not a big deal, this is not worse than the flu.’ So that message basically created no sense of urgency within the FDA or the CDC to fix it.”