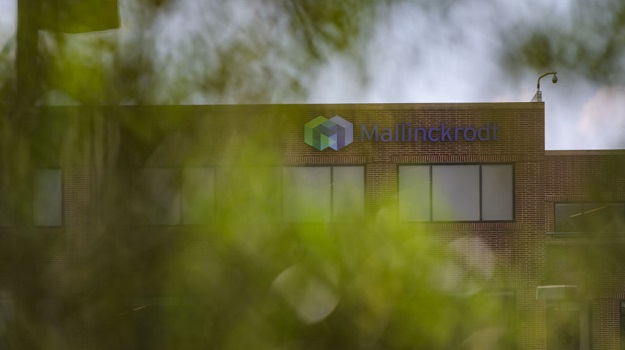 The FDA approved Mallinckrodt Pharmaceuticals’ Terlivaz (terlipressin) in adults with hepatorenal syndrome (HRS), making it the only FDA-approved drug for that indication in the U.S.

"Up until the FDA approval of Tervilaz in the U.S., the standard of care included off-label use of generic vasoconstrictors along with concomitant albumin and frequent monitoring," a Mallinckrodt spokesperson told BioSpace. "Dialysis, also known as renal replacement therapy, is sometimes used in the setting of HRS when clinically indicated. Additionally, the only curative treatment for the underlying end-stage liver disease is liver transplantation; however, many patients will not survive long enough to receive a liver transplant."

This approval has been a long time coming for Mallinckrodt. The drug has been approved in Europe for numerous years, including over 30 years in some countries, for treating low blood pressure caused by septic shock and esophageal bleeding. Even so, the company has struggled to get the drug approved in the U.S.

In September 2020, the FDA issued a Complete Response Letter over the medicine, requesting more information to support a positive risk-benefit profile for HRS-1.

In 2005, the drug was granted Fast Track designation by the FDA. The following year, the company and the FDA agreed on the protocol design and data analysis plan for the CONFIRM trial under the FDA’s special protocol assessment (SPA) process.

In July 2020, the FDA’s Cardiovascular and Renal Drugs Advisory Committee voted to recommend the drug.

Then, in February 2022, the FDA issued another CRL related to changes to the new packaging and labeling manufacturing facility. A satisfactory inspection was required prior to the approval, but the FDA hadn’t had enough time to conduct the appropriate assessments of the facility ahead of the target action date.

HRS is a type of impaired kidney function in people with advanced liver disease. According to the National Organization for Rare Disorders (NORD), there is no identifiable cause of kidney dysfunction, and the kidneys do not appear to have structural damage. It is most common in individuals with advanced liver cirrhosis and ascites.

The drug is now also recommended by the American Association for the Study of Liver Diseases (AASLD) guidance and guidelines of the American College of Gastroenterology (ACG).

Terlivaz was evaluated in the double-blind Phase III CONFIRM trial of 300 patients with HRS type 1 in the U.S. and Canada. Patients received either Terlivaz or a placebo every six hours as an injection in the vein for a maximum of 14 days and adjusted based on kidney function changes. The primary efficacy outcome was the percentage of patients who had improvement in kidney function.

In the trial, 29% of the Terlivaz cohort demonstrated improvement in kidney function compared to 16% in the placebo cohort. Terlivaz comes with a boxed warning. The drug increases the risk of serious or fatal breathing problems. Patients with low blood oxygen are warned against taking the therapeutic, and patients who receive it should be monitored for breathing issues with a pulse oximeter.

Respiratory failure was observed in 14% of patients treated with the drug compared to 5% in the placebo group.

In addition, patients receiving a liver transplant may not be able to receive the drug because it can cause ischemic events that prevent blood from reaching parts of the body. It is also not recommended during pregnancy.

Now that it is approved in the U.S., the company can provide relief for this rare disease.

“Terlivaz gives U.S. physicians the first FDA-approved option for treating HRS patients with rapid reduction in kidney function that may help them improve kidney function and lessen the associated need for renal replacement therapy, such as dialysis,” Steven Romano, M.D. EVP and CSO of Mallinckrodt noted.

The spokesperson told BioSpace that this approval is part of the company's "broader commitment to deliver treatments for underserved patients with severe and critical conditions who may not have other approved therapeutic options available to them.... We could have abandoned efforts to bring Terlivaz to market, but instead, Mallinckrodt remained committed. At Mallinckrodt, we will continue to foster innovation for patients with severe and critical conditions, and we are pleased to have seen Terlivaz through to U.S. approval."