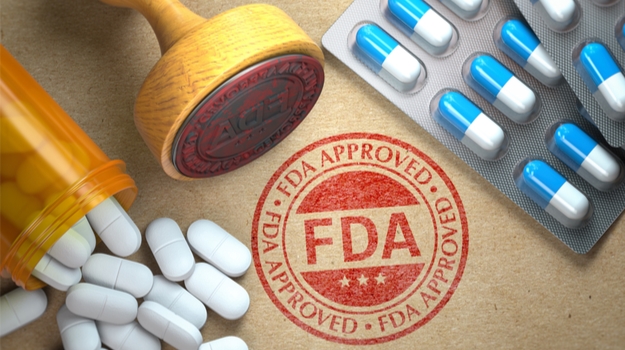 The U.S. Food and Drug Administration (FDA) has a busy week of possible drug approvals on its calendar. Here’s a look.

Celgene, now part of Bristol Myers Squibb, has a target action date of March 25, 2020 for its New Drug Application for ozanimod for relapsing forms of multiple sclerosis. The application was based on data from the SUNBEAM and RADIANCE Part B Phase III clinical trials. Ozanimod is an oral, sphingosine 1-phosphate (S1P) receptor modulator that binds tightly to S1P subtypes 1 and 5.

SUNBEAM evaluated two doses of oral ozanimod for at least 12 months. It evaluated 1,346 people with RMS at 152 sites in 20 countries. The primary endpoint was annualized relapse rates (AAR) during the treatment period.

RADIANCE Part B also evaluated two doses of ozanimod, but over a 24-month period. It studied 1,320 patients with RMS at 150 sites in 21 countries. The primary endpoint was ARR over 24 months.

Zogenix had a target action date of March 25 of its NDA for Fintepla (fenfluramine) for seizures associated with Dravet syndrome. It was being reviewed under Priority Review status. On February 27, the company reported that the FDA had extended the review period three months to June 25, 2020. This allows the agency time to review extra data Zogenix supplied in response to an FDA request. Dravet syndrome is a catastrophic form of epilepsy with prolonged seizures often caused by hot temperatures or fever.

The NDA was built on two positive pivotal Phase III trials in Dravet syndrome and an interim analysis from the ongoing open-label extension study, which included 232 patients treated for up to 21 months.

Heron Therapeutics had a target action date of March 26 for its NDA resubmission for HTX-011 for postoperative pain. In February, the company announced the FDA had extended the review period to June 26. HTX-011 is an investigational agent, a dual-acting, fixed-dose combination of the local anesthetic bupivacaine with a low dose of the nonsteroidal anti-inflammatory drug meloxicam. The FDA granted it Fast Track designation in the fourth quarter of 2018 and Breakthrough Therapy designation in the second quarter of 2018.

Originally the company submitted the NDA in October 2018 under Priority Review. It received a Complete Response Letter (CRL) on April 30, 2019, related to chemistry, manufacturing and controls and non-clinical data. Nothing related to efficacy or safety was noted. Heron resubmitted the NDA in September 2019.

Intercept Pharmaceuticals has a target action date of March 26 for its NDA for obeticholic acid (OCA) to treat fibrosis due to nonalcoholic steatohepatitis (NASH). It was granted priority review. NASH is similar to cirrhosis of the liver, but in people who do not drink or are moderate alcohol drinkers. The filing was supported by positive interim data from the pivotal Phase III REGENERATE trial. At the company's full-year report, they indicated the FDA had reset the date to June 26, 2020 related to a tentative rescheduling of an advisory committee panel meeting.

On December 5, 2019, the company announced interim analysis of the Phase III REGENERATE study.

“The first positive Phase III study results in NASH represent a real watershed moment for the hepatology field,” said Zobair M. Younossi, professor and chairman of the Department of Medicine at Inova Fairfax Medical Campus, chair of the REGENERATE Steering Committee and lead author of the study results published in The Lancet. “The antifibrotic efficacy observed with just 18 months of OCA treatment in REGENERATE is particularly meaningful because fibrosis is the most important histological predictor of liver failure and death in patients with NASH.”

IntelGenx Corp. has a target action date of March 26 for its NDA for Rizaport VersaFilm for acute migraines. Rizaport is the first rizatriptan oral disintegrating film for the treatment of migraines to reach European Union marketing approval. Rizatriptan is a selective 5-HT1B/1D receptor agonist indicated for migraines. The oral soluble film is a possible therapeutic alternative for migraine patients, particularly ones who have migraine-related nausea or who have difficulty swallowing.

Rockwell Medical has a target action date of March 28 for its NDA for its intravenous formulation of Triferic. IV Triferic for adult hemodialysis patients was developed under a Special Protocol Assessment (SPA) where the FDA agreed to an equivalence approach to Triferic delivered via hemodialysate. The NDA is supported by the company’s equivalent study, which showed that IV Triferic delivers the same quantity of iron to patients as the company’s FDA-approved Dialysate Triferic formulation. The therapy delivers about 5-7 mg iron with every hemodialysis treatment to the bone marrow and maintains hemoglobin without increasing iron stores.

Dialysate Triferic was launched in May 2019, which is mixed with liquid bicarbonate to deliver iron to patients via the dialysate. The IV Triferic is designed for IV administration, which would allow dialysis centers to administer the drug to patients regardless of the mode of bicarbonate delivery being used.