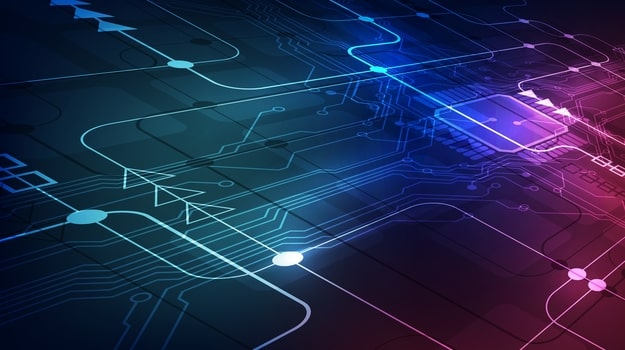 The Fralin Biomedical Research Institute (FBRI) at VTC (Virginia Tech Carilion) replaced its information technology (IT) system as one of the foundational steps that, within the next few years, will allow the research center to double its research capacity with the addition of more than 25 new labs.

The immediate benefit, though, was more storage and faster data transfer capabilities that improved the data analysis speeds for its existing researchers.

“Data is the currency and lifeblood of scientific research. We needed to respond to the concerns of exponential data growth, to store and present data in an intuitive and non-intrusive way, and to manage and protect stored data without impacting daily operations,” Jason Krisch, director of Information Technology, explained in a case study.

Elaborating in an interview with BioSpace, Krisch said, “Now all researchers’ data is online, so they have access to both current and historical data.” Before the transition, a researcher needing historical data had to call the IT department and ask a technician to find and spin-up a disk. That could take hours or even overnight.

“We were able to organize the data so researchers can find it easily,” Krisch said. “For example, all the labs have a single lab share and can break out projects into project-specific directories. We are moving away from smaller block storage and eliminating file servers, so the labs now have larger amounts of storage available to them. They don’t have to worry about using up their quota.”

Data transmission speeds improved noticeably, too. 40gb ethernet replaced the legacy 8gb fiber channel, allowing more bandwidth so uploads and downloads and noticeably faster. Next, Fralin and its IT partner Qumulo plan to install 100gb connectivity between the storage and compute nodes of the network.

As a result of the upgrades, “Researchers can access, analyze, and process their data more quickly,” Krisch pointed out. He estimated the return on investment as a matter of months, and noted that the facility still has extra capacity.

From an IT perspective, Fralin’s biggest challenge was ensuring ample storage space for its current faculty. “We do a lot of neuroimaging and observational videos of human and animal subjects,” Krisch said. When he joined the organization in 2017, it had 250 terabytes (TB) of storage. Offline archives had to be used for data that exceeded that capacity.

Now it has 1.9 petabytes (PB) at the main campus with an extra 700 terabytes (TB) coming this month. Another 700TB of “nearly all flash, non-volatile memory express (NVMe)” for data intensive research will be installed to accelerate the data transfer speed between enterprise/client systems and solid-state drives. The institute also has more than 800 TB of offsite storage for replication and disaster recovery.

The transition to the new system was smooth. “The upgrade was welcomed by the research and organizational sides of the organization,” he said, “because they understood the benefits to their own research.”

Enhanced data protection is one of those benefits. As Krisch explained, rather than using multiple tools to protect multiple systems, the new platform protects petabytes of data – including unstructured and structured data and virtual machines – with a more robust, cohesive solution that can be managed from one location.

For researchers, a “least privilege” approach to data access protects data integrity and chain of custody. “Once data is collected – especially where human subjects are involved – access is limited to only select members of each lab,” Krisch explained.

For real-time protection, the system uses snapshots every six hours, and replicates the main cluster to the backup site on a regular schedule. This eliminates the need for backup disks or tape storage. “We also have a traditional backup service for critical application-based servers for micro-restores (like point-in-time restoration or retrieving a lost table from a database).”

Importantly, the Qumulo system is platform agnostic. “We can present data to Linux, Windows, and OSX platforms seamlessly,” he said, and a central logging system collects each log-in and all file activity, for added security and auditing.

When upgrading Fralin’s IT system, “Our first priority was capacity, not performance,” Krisch admitted. Capacity allowed continued growth, and performance improvements were a bonus.

“In a high-paced environment, I like to keep IT as simple as possible and ensure we’re not overburdening ourselves with proprietary tools,” he said. “The Qumulo system is easy to set up and maintain,” from an IT perspective. He and his team can manage replication and storage space from a single pane of glass.

When standing up the system, Kirsch put everything – legacy data, backups, scientific applications, administrative programs, email, virtual machines, etc. – on the same system and “we still saw an increase in performance,” he said. “Typically, you’d have dedicated file systems.”

The next project is to migrate scientific operations from the primary data center to the new all-flash cluster. This lets “researchers perform their analysis and workloads in the high-performance compute cluster, a faster computing environment, away from any competition on the main system.”