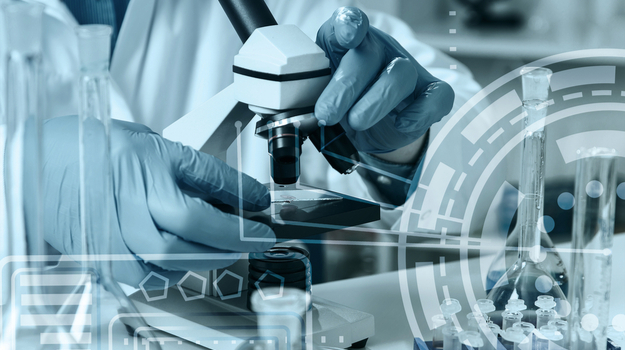 Fibrotic diseases are marked by tissue scarring, which is the types of diseases setanaxib was originally developed to treat. Tumors, on the other hand, can be resistant to some forms of immunotherapies where the body’s own immune system is stimulated to fight cancer, because the lymphocytes—body’s immune cells—can’t get into the tumors.

The researchers earlier found that CAF formation depends on an enzyme known as NOX4. By blocking NOX4 in mouse cancers either genetically or by using setanaxib, they could prevent and even reverse the formation of CAF. This allowed immune cells to infiltrate the tumors and kill the cancer cells. They found that by combining immunotherapies with setanaxib, the immunotherapies had significant improvement in treating previously resistant cancers. Their research was published in the journal Cancer Research.

“Immunotherapy for cancer has been a very exciting development, but still doesn’t work in most patients,” said study author Gareth Thomas of the University of Southampton’s Centre for Cancer Immunology. “Our results suggest that in many cases, treatment resistance is caused by CAF, and we think this can be overcome by targeting NOX4. GKT137831 hasn’t yet been tested on cancer patients, but we hope may give immunotherapy drugs a much better chance of fighting cancer cells effectively; this technique could hugely improve the success rate of cancer immunotherapy.”

The next step will be to test the drug in humans.

The clinical trials in DKD and IPF are being conducted in Germany, Denmark and New Zealand. The drug is also being evaluated in a Phase II trial in primary biliary cholangitis (PBC). Genkyotex noted that in the PBC trial and the DKD trial to date, 13 patients had completed the full 48-week treatment and no safety signals had been identified.

In DKD, progressive renal function loss is driven by fibrosis in renal glomeruli and interstitium. The drug has demonstrated significant anti-inflammatory and anti-fibrotic effects in preclinical models.

The IPF clinical trial is funded by an $8.9 million grant from the U.S. National Institutes of Health (NIH) and is being led by Victor Thannickal at the University of Alabama at Birmingham and includes a consortium of five centers of excellence.

Philippe Wiesel, chief medical officer of Genkyotex, said in December, “We are very pleased to report positive developments in both the DKD and IPF clinical trials. We are pleased that the DKD trial has been expanded into three additional countries. This positive initiative will accelerate the evaluation of setanaxib in DKD. We are also excited to report that, following FDA approval, the IPF trial has now also received IRB clearance.”