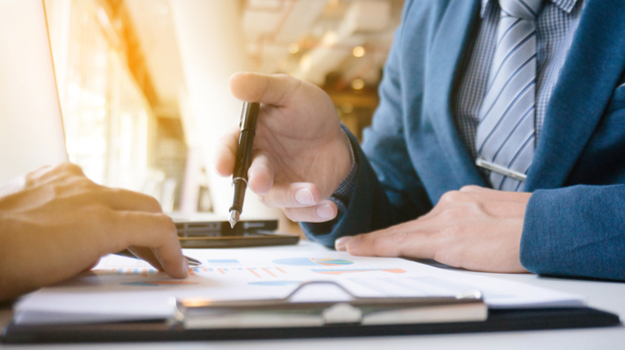 South San Francisco-based Mission Bio, the only company providing single-cell DNA sequencing, entered into a collaboration with LabCorp, to harness the abilities of the company’s Tapestri Platform to provide more precise clinical trials.

North Carolina-based LabCorp has a network of 36 clinical laboratories across the United States. Also, as part of the deal, LabCorp will evaluate the Tapestri Platform for applications in clinical diagnostics and in the development of new companion diagnostics. Last year the company supported Mission Bio’s $30 million Series B funding round.

Charlie Silver, Mission Bio’s chief executive officer, said the partnership with LabCorp is a way for his company to expand its reach and allow them to provide greater service to their customers. Silver told BioSpace in an exclusive interview, that LabCorp’s use of the Tapestri Platform will not only expand Mission Bio’s reach with pharma companies that use LabCorp, but will likely lead to interest from those pharma companies into using the Tapestri Platform in their clinical trial processes as a way to improve them. Silver said the partnership and their platform will help those companies accelerate drug development, particularly in the areas of cancer.

Multiple cancer researchers, particularly those working with blood cancers, have turned to using the Tapestri Platform, Silver said. Since the product launched in 2017, blood cancers have been a particular area of focus for the company. The genomics of blood cancer is fairly well-understood, Silver said, and there are more drugs coming to market based on genomic pathways. Silver noted that the U.S. Food and Drug Administration is beginning to look at biomarkers for blood cancers and is expected to issue a new draft guidance soon. A focus on the biomarkers will likely benefit Mission Bio because of its single cell analysis platform.

The Tapestri Platform is capable of identifying cancer cell mutation profiles. The Tapestri Platform’s ability to detect rare cancer subclones and co-occurring cancer mutations using single-cell genomics provides a precise way to measure therapy response and disease progression. Silver said the platform allows researchers to identify the mutations that are driving the disease and allows them to improve treatment.

“Cancer is far more complex than was initially anticipated. It’s not a single mutation, mutations evolve as the disease evolves,” Silver said.

He noted that the disease can even evolve while a patient is undergoing treatment, which means there is an increased likelihood of additional therapy to address the latest mutation. It’s because of that ability that makes single cell analysis so important to the treatment, he said. Silver said it’s important for researchers and physicians to understand how the mutations work in the single cell that presents the disease. Since the launch of Mission Bio, Silver said they have been approached by researchers who have been seeking solutions that will allow them to target the individual genes that are key to their disease of focus.

“Single-cell is the next frontier of genomics,” he said.

Over the next year, Silver said he hopes to build on the key partnership with LabCorp in order to expand Mission Bio’s reach into precision medicine.

Not only did Mission Bio forge a new collaboration with LabCorp, but the company also announced a partnership with Argonaut Manufacturing Services, a cGMP contract manufacturing organization, to serve as its preferred global CMO.

Silver said the partnerships with the two companies its supply chain to provide customers with an end-to-end solution for its biopharmaceutical business and enables turnkey commercialization of its Tapestri Platform. Financial details of both deals were not disclosed.

Over the remainder of the year, Silver said the company anticipates pushing into global markets through its partnership with LabCorp, which supports trials all over the world. He said the company will be pushing into Europe and Asia, with a particular focus on China, where there are numerous oncology trials taking place.

“That’s a hungry and primed market for what we do,” he said of China. “I’m really excited about our expanding clinical business over the next year.”