AI Takes Off in Biotech, Creating Demand for High Paying Jobs of $500K Plus 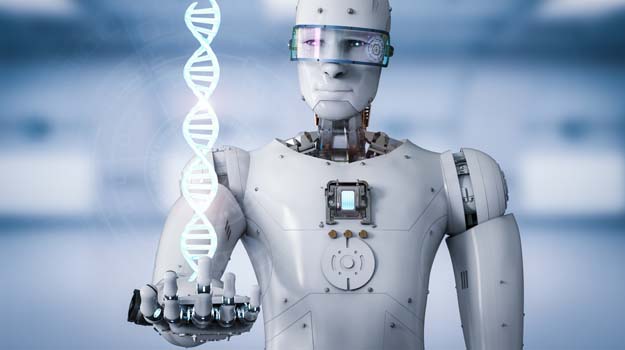 Is artificial intelligence the future of the biotech industry?

Players big and small in the pharma industry are beginning to embrace the idea of artificial intelligence.

Some innovators, such as Elon Musk, clearly see the use of AI and machine learning as one of the coming cornerstones of the healthcare industry. Earlier this year Musk, the visionary behind companies such as SpaceX and Tesla, launched the biotech company Neuralink, which has the lofty goal of linking the human brain with a computer. Musk has an idea of implanting computers into a human brain as a way to merge man-made software with the power of the brain in order to improve memory or as a way to interface with computers.

Neuralink is developing a technology called “neural lace” that would allow the brain to communicate with a computer without having to physically interface with it.

More recently, Boston-based MyndYou has created an artificial intelligence diagnostics tool to track the subtle changes in speech patterns of Alzheimer's patients. MyndYou's artificial intelligence technology uses a unique method for analyzing multiple parameters related to change in cognition that are collected as part of day to day life, which includes speech patterns. The program is currently being tested through a collaboration with Massachusetts General Hospital. The study will validate MyndYou’s technology for the remote, automated detection of subtle changes in speech patterns of Alzheimer's patients.

In July, the Mayo Clinic and nference launched a startup company called Qrativ that is focused on drug development that will be powered by clinical expertise and artificial intelligence. Qrativ will use the technology to discover and develop treatments for diseases with unmet medical need.

“In the last three years, the AI field has gained incredible momentum driven by major breakthroughs in deep learning neural networks,” Murali Aravamudan, co-founder and Chief Executive Officer of Qrativ and nference, said in a statement. “Our core technology based on a neural network ensemble identifies nascent drug-disease, drug-gene and other therapeutically-relevant associations from the vast biomedical literature. The spatio-temporal signals are triangulated with real-world phenotypic and molecular evidence amassed from systemic and longitudinal patient care, which we believe can significantly accelerate drug discovery and development.”

Also in July, pharma giant GlaxoSmithKline forged a $43 million deal with AI company Exscientia Ltd. to spur drug development. GSK said it will be using AI to discover novel and selective small molecules for up to 10 disease-related targets across multiple therapeutic areas. Exscientia has struck multiple AI research deals within the pharma industry. In addition to GSK, Exscientia is working with Sanofi (France) to develop treatments for metabolic disease as well as with Evotec AG for the development of immuno-oncology therapies.

As the use of artificial intelligence and machine learning becomes more prominent in the biotech industry, there are clearly going to be new career paths that open up. In October, the New York Times pointed to the tech industry and its research into artificial intelligence projects. Silicon Valley companies are developing a myriad of AI projects, from communication devices to self-driving vehicles and, of course, in healthcare. Those companies are willing to spend big money when it comes to hiring the best and brightest for its projects.

“Nearly all big tech companies have an artificial intelligence project, and they are willing to pay experts millions of dollars to help get it done,” the Times said.

Some of the salaries being offered to the AI experts are “startling even in an industry that has never been shy about lavishing a fortune on its top talent,” The New York Times said. Salaries and total compensation can range from $300,000 to $500,000 per year for these employees – whether they have a Ph.D. or are just out of college, the Times noted.

And those numbers can grow. Some AI experts receive total compensation that can be worth millions of dollars each year. Those salaries could grow when bidding wars heat up between companies and the talent pool thins. And now, the Times reported there is a talent-shortage of AI experts.

Element AI, a Montreal-based AI lab, told the Times there are less than 10,000 people in the world who “have the skills necessary to tackle serious artificial intelligence research.” While the talent shortage means companies will pay a premium for AI experts, the Times said companies such as Google, Facebook and Microsoft have opened global AI labs to develop the necessary talent.