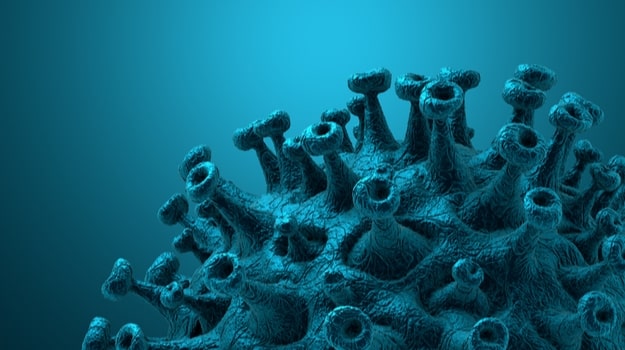 There have been some concerns over the accuracy of COVID-19 rapid antigen tests—the clinical diagnostic tests that evaluate for active infections by testing for the presence of the virus’s antigens. This was heightened by a tweet by Tesla’s chief executive officer Elon Musk, who claimed that he was tested positive twice and tested negative twice on the same day.

Although not confirmed, the BD possibly refers to Becton Dickinson and Co’s rapid antigen test.

Musk also indicated he is waiting for polymerase chain reaction (PCR) test results from different labs. This would be pretty much standard operating procedure to confirm positive tests anyway. Otherwise, he responded to a Twitter question about symptoms saying he had a “typical cold.”

Earlier this month, on November 3, the U.S. Food and Drug Administration (FDA) issued a letter to clinical laboratories and health care providers that antigen tests can have false positive results, “including when users do not follow the instructions for use of antigen tests for the rapid detection of SARS-CoV-2.”

They noted that the rapid antigen tests are usually recommended for people who are suspected of COVID-19 by their healthcare provider within a specific number of days of symptom onset. The FDA also pointed out that all laboratory tests, particularly rapid tests, have the risk of false positive results, and “Laboratories should expect some false positive results to occur even when very accurate tests are used for screening large populations with a low prevalence of infection.”

They recommended health care providers and clinical laboratory staff should follow authorized instructions and follow the testing processes recommended by the U.S. Centers for Disease Control and Prevention (CDC). These steps include follow-up (reflex) testing with a molecular assay when appropriate—such as the one Musk is getting—and by evaluating the expected occurrence of false positive results when interpreting tests results in their patient populations.

The leading suppliers of the rapid antigen tests are BD, Quidel and Abbott. BD and Quidel have shipped kits to 14,000 nursing homes. Abbott has an agreement with the Trump administration to provide 150 million of its rapid card-based tests. The Trump administration indicated it had plans to provide the Abbott BinaxNOW diagnostic tests to nursing homes, schools and other locations around the country, but specifically noted these antigen kits may be less sensitive than laboratory-based nucleic acid tests, meaning false negatives would be the biggest issue. This is contrary to the FDA’s report over concerns of false positives.

Although the FDA alert did not specify a test provider, they did seem to make recommendations about the card-type kits sold by Abbott as well as the instrument-based assays from BD and Quidel. The instructions for all of the tests reinforce that if the provider does not follow the timings appropriately, they can cause false results. They also noted problems linked with processing multiple specimens in “batch mode” and the risk of cross-contamination.

They also pointed out that any kit that has less than 100% specificity, which is almost all of them, will have large numbers of false positives when screening populations where a pathogen has a low prevalence. The FDA pointed out that with 98% specificity, ranges can go from 20% in a population with 10% prevalence to 96% in a population with 0.1% prevalence. In the U.S., according to the CDC, 7.1% of tested samples were positive.

Musk has been outspoken about his opposition to COVID-19-related restrictions and lockdowns. Nonetheless, his company is working with Germany’s CureVac NV, on developing mobile RNA bioprinters to manufacture CureVac’s experimental COVID-19 vaccine. The printers are portable, automated mRNA production units designed for remote locations. CureVac is also building a more traditional manufacturing facility to increase its production of the vaccine tenfold to billions of doses.