The anti-amyloid approach to treating Alzheimer's is experiencing new movement after Eisai and Biogen announced Tuesday that lecanemab slowed progression of the disease in a Phase III study.

In the late-stage CLARITY AD study, lecanemab, an anti-amyloid beta (Aβ) protofibril antibody, hit its primary and secondary endpoints. The companies called the results "highly statistically significant" in patients with mild to moderate Alzheimer's, adding that it slowed the loss of memory and thinking skills.

Trial data showed treatment with lecanemab reduced the clinical decline of patients by 27% compared to placebo after 18 months based on the Clinical Dementia Rating-Sum of Boxes (CDR-SB) assessment. The positive data trend was first seen after six months, Eisai reported. Treatment showed "highly statistically significant changes" in CDR-SB from baseline compared to placebo, and all key secondary endpoints were met. 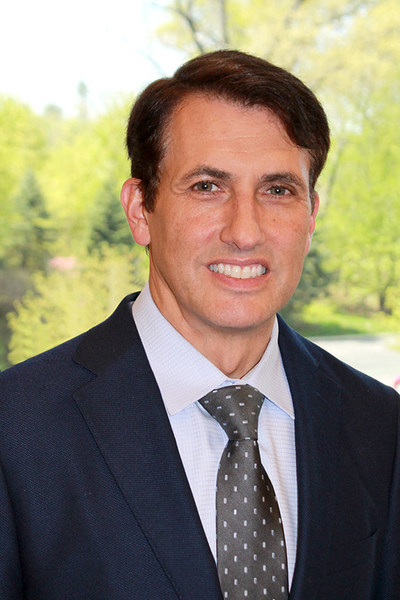 Dr. Michael Irizarry, senior vice president and deputy chief clinical officer for Alzheimer’s disease and brain health at Eisai, said the progress from six months to 18 months is an important point to understand, as it reflects the effect the drug has in slowing the progression of the disease.

Those key secondary endpoints include a change in amyloid levels from baseline after 18 months of treatment, as well as improvements in cognitive impairment and the conducting of daily activities.

The CLARITY AD study included 1,795 people with early Alzheimer's disease. The study did not exclude patients with comorbidities like hypertension, diabetes, heart disease, obesity, renal disease or those taking anticoagulants. Because of the inclusion of these comorbidities, Eisai noted the trial was a reflection of the Medicare population in the U.S.

The data will be fully presented on Nov. 29 at the Clinical Trials on Alzheimer's Congress, and Eisai intends to publish the findings in a peer-reviewed medical journal.

Shares of Biogen surged nearly 50% in premarket trading to $292. Eisai stock also rose. Eisai, which led the study of lecanemab, intends to seek approval in the United States, Europe and Japan.

The Alzheimer's Association called the CLARITY AD data "the most encouraging results in clinical trials treating the underlying causes of Alzheimer's to date."

In a statement issued Tuesday evening, the association stated lecanemab has the potential to change the course of the disease by offering those afflicted more time "at or near their full abilities to participate in daily life, remain independent and make future health care decisions."

Lecanemab is a complementary medication to Eisai's Aricept, the first prescription drug approved in the U.S. to treat all stages of Alzheimer's disease.

In July, the FDA accepted Eisai's Biologics License Application for lecanemab under the accelerated approval pathway and granted it Priority Review. If it is approved, lecanemab will be the first Alzheimer's drug since Biogen's Aduhelm, which has seen its coverage restricted by Medicare. Irizarry noted that lecanemab has a different binding profile than Aduhelm, which sets the two drugs apart. That difference will be important for insurers if lecanemab is approved by the FDA.

Haruo Naito, CEO of Eisai, said the CLARITY AD study proves the amyloid hypothesis, which suggests that abnormal accumulation of amyloid beta is one of the drivers of Alzheimer's disease.

Biogen CEO Michel Vounatsos agreed. He said the study showed the removal of aggregated amyloid beta in the brain is associated with a slowing of disease in patients at the early stage of the disease.

In a statement, Naito noted the findings from CLARITY AD would offer new insights into the treatment of Alzheimer's disease and spur additional treatment options.

"Alzheimer's disease not only presents a great challenge for patients and their families, but it also negatively impacts society, including decreased productivity, increased social costs and disease-related anxiety," Naito said. "We believe that helping to alleviate these burdens will positively impact society as a whole."

With the strong data in hand, Irizarry said Eisai will continue to build on the results of CLARITY AD. Lecanemab is being assessed in additional ongoing studies, including earlier treatment of patients prior to experiencing cognitive decline related to disease. Amyloid plaque can begin to build in patients 15 or more years before disease symptoms are seen. Irizarry said they hope the treatment will prevent cognitive decline.