Determining Value is as Critical to Commercial Success as Clinical Data 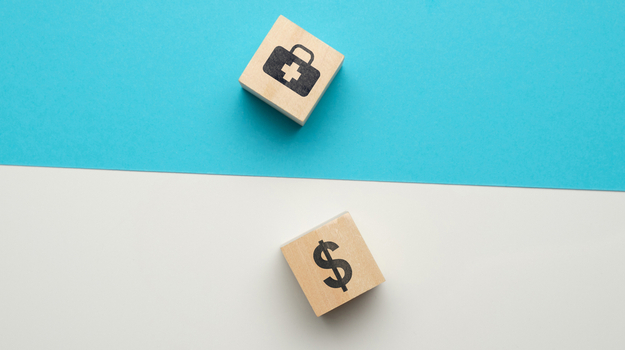 The shifting focus from drug pricing to drug value is having a significant effect on innovation, performance and even investments.

“For example,” Aggarwal said, “Dupixent® (a monoclonal antibody developed by Sanofi and Regeneron Pharmaceuticals) did a fabulous job engaging with the Institute for Clinical & Economic Review (ICER) pre-approval, which resulted in favorable coverage, realistic pricing, high access and an incredible amount of success from the beginning.

“On the other hand, calcitonin gene-related peptides (CGRPs) – an innovative class of therapeutics that competed against generic tryptins – missed set expectations and had to reduce pricing by more than 30%,” he said. “We see these trends even in the oncology space, where (Merck’s) Keytruda® recently was rejected by National Institute for Health and Care Excellence (NICE) in England and Wales because it didn’t have sufficient data for a kidney cancer indication.”

As Peter Pitts, president, Center for Medicine in the Public Interest, pointed out, “If you don’t understand all the pieces of the puzzle, the piece you understand best may often send you in the wrong direction.”

Thinking in terms of pricing rather than value is one example.

“Price is what you pay. Value is what you get,” Judy Campagnari, executive director and head of Alexion’s STAR (Solutions to Accelerate Results to Patients) program, said, quoting the wildly successful investor Warren Buffet.

Therefore, Campagnari advised defining not only the clinical benefits, but what they mean in terms of patients’ daily lives and also what they mean to physicians and payers.

“The benefits for all the key stakeholders set the foundation to discuss price,” Campagnari said.

Consequently, they find themselves competing on price.

The solution, panelists agreed, is to work early-on to understand the value proposition for each of the many categories of stakeholders. It may not be what developers expect.

Therapeutics that circulate in the body longer, for example, may reduce the number of daily doses, but is that what patients want?

“They wanted to have higher levels of activity and protection. So, we applied (the compound’s enhanced persistence in the blood) a different way,” Hughes-Wilson said.

The example applies to oncology drugs, too.

“Companies say a subcutaneous injection is easier for patients than intravenous injections. Going to an infusion center scares them and reminds them of their illness,” Campagnari said. “For some, that’s true. For others, it’s a strength, providing them with people fighting a similar fight. Taking that away was powerfully detrimental to them.”

Therefore, to know what’s important to stakeholders, biopharma companies need not to assume, but to ask.

Don’t wait until Phase III trials to consider value. Instead, panelists advised understanding the determinants of value as early as proof of concept, and then talking with all the stakeholders about the likely direction in terms of intended value and price points.

In these discussions, “You can’t share a lot of what’s happening at the bench,” Campagnari cautioned. That could set false expectations. Instead, this should be a more strategic conversation that identifies the “So what?” aspect of any potential improvement.

Just as you don’t ask the grandparents if the baby is beautiful, solicit the opinions of people who are removed from the scientific discovery, Pitts said. “Embrace reality early,” by also talking with payers, patients, and other stakeholders about whether this potential advance adds value.

“Engage them all to understand their unique perspectives and varying definitions of value. Expect them to be quite different,” Muller said.

Talking with those stakeholders is can be uncomfortable area for most therapeutic companies, Hughes-Wilson acknowledged.

“Traditional leadership focuses on their comfort zone of regulators and investors,” Hughes-Wilson said. “They’re less comfortable in the unstructured areas of payers and physicians, where’s there’s no playbook. Maybe that’s why they don’t do it so easily.”

It’s also important to realize that one reimbursement model will not be appropriate for each therapeutic category. The high costs and uncertain durability of cell and gene therapies necessitate a different reimbursement strategy from that of small molecules, for example. That need is especially true when the therapy is curative.

To justify therapy costs that often range from $500,000 to $2 million, “Stakeholders need to recognize the value, and that’s far from clear,” Pitts said. He advised starting such conversations early and gaining consensus before deciding whether to continue therapeutic development.

High costs needn’t kill a therapy, though. It may be easier for some payers to reimburse a $2 million therapy for a rare disease that affects one or two patients per year than a $14,000 annual treatment for large populations of chronic users, Muller suggested.

The decision is purely budgetary. Even when regulators authorize broad labels, payers say no, wanting data for narrow subsets of patients. “They aren’t swayed by media campaigns,” either, Hughes-Wilson said.

A variety of pay-for-performance strategies (deemed the best option for rare diseases) are attempting to address payers’ financial concerns. The challenge, Muller pointed out, is to “measure and document performance, communicate that data, reconcile it, and transact payment” in a timely fashion. “(Those logistics) often scuttle discussions.”

Recognize, too, that tracking all that “actually cost payers a lot, themselves, and the anticipated savings may not materialize,” Hughes-Wilson pointed out.

The objective is to get more effective therapies to patients, she said, so “critical that value be factored in from the beginning of product development and not inserted as a Band-aid after a therapy has been rejected.”

But, as Campagnari, concluded, “Until we have a better sense of the outcomes, it’s hard to have pricing conversations.”