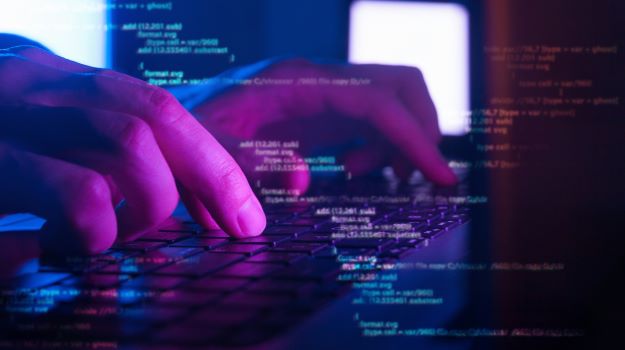 Financial fraud committed by supposed online pharmacies may be as big a threat to society as counterfeit medicines. It’s certainly easier to pull off.

Between December 2020 and the end of November 2021, the Israeli cybersecurity firm BrandShield, working with the not-for-profit Pharmaceutical Security Institute (PSI), took down more than 850 fraudulent pharmacies and more than 14,000 fraudulent marketplace listings throughout the world. That represented at least $1.8 million in fake pharmaceutical products. Some 4,000 fraudulent social media posts also were removed.

“There’s a huge explosion of cybercrime,” Yoav Keren, co-founder and CEO of BrandShield, told BioSpace. “Online fraud, impersonation, phishing and counterfeits increased significantly since the beginning of the COVID-19 pandemic. The reason is that fraud, phishing and online impersonation are easy to do and cost nothing.”

For example, Keren explained, a bad actor might start impersonating the real company or individual by duplicating their posts. At some point, they will begin the scam by asking the consumer to switch the public conversations to private messaging or by sending the consumer to a fake website or to a fake sale on a legitimate e-commerce site like Amazon or eBay.

“Many of these sites don’t actually sell anything,” Keren said. “They take customers’ credit cards or log-in information, or may ask them to wire money.”

Major lures include therapeutics for cancer, diabetes, Alzheimer’s, and, in the past two years, COVID-19 vaccines and therapeutics. So-called lifestyle drugs also are popular attractants. Pet medications are targeted, too. Typical lures are “anything that is lucrative, or that is expensive in one country and much less expensive in another.”

BrandShield detects rogue pharmacies and product listings for its clients by using a proprietary, artificial intelligence (AI) and machine learning (ML) enabled web crawler.  “It crawls the web automatically, collecting data such as domain names, social sites, posts, users and marketplace listings. Whenever it finds a particular product name, it collects the data (including any graphics) and returns it to BrandShield for AI analysis and risk-scoring.

“Our strength is that we can find networks of abuse,” Keren continued. “When we detect a fake pharmacy, there usually are more pharmacies connected to it. When we enforce against it (by submitting the information to the hosting platforms), the action is more effective than just taking down one site.” If legitimate pharmacies are misidentified, their data is monitored and also fed into the ML algorithms to teach the system to recognize any differences. In this way the algorithm learns and accuracy improves.

The leading countries in terms of market listing removals were all in Asia. Specifically:

The reason for this preponderance, Keren said, is related to regulations regarding e-marketplaces in those countries. This doesn’t mean that listings purporting to be from other countries are legitimate, however, and many of these sites try to sell to customers in North America.

Furthermore, PSI noted that the high numbers coming from these countries may not necessarily reflect weak enforcement, but the opposite. Stringent inspection by regulators may result in higher interdictions than those of more lax nations in which fraud or counterfeiting may go undetected.

The proliferation of fake websites is another issue and is a global problem. “Quite a few are in North America,” Keren pointed out.

The solution to combatting such fraud in the pharmaceutical chain is for pharmaceutical companies to be proactive, using robust software to monitor listings throughout the world wide web.

Instead, Keren said, “Many pharmaceutical companies are reactive. They hear a complaint and then do something about it. That approach, however, can affect sales, erode trust and risk consumers’ health.

“For consumers, identifying fraudulent online pharmacies or products is hard,” Keren admitted, but there are some basic things they should know. For example, “If someone approaches you through social media with a special offer on a drug, it’s usually a scam.” That’s likely true for pharmaceutical ads on social media, too. If a drug is advertised at a deep discount – such as 50% off the retail price – consider it a red flag.

Also, when consumers go to websites, scrutinize the URL (uniform resource locator – aka the web address. It typically begins “http:”). “It should have a regional domain name – not a phishing one. And, if you see a typographic error in the content of the website or in the domain name (or poor grammar in the content), it’s usually a scam.

As a side note, counterfeiting still remains a concern, despite the greater ease of committing fraud. PSI reported that 4,344 incidents of fraud occurred during calendar year 2020. That figure was 15% lower than in 2019 and represented the first decline in 10 years. It was attributed to pandemic lockdowns throughout the world.

Each of the incidents uncovered by PSI generally involved multiple medications. One involved as many as 73 different medications, for a total of 2,451 different medicines. This was a 23% increase from 2019. The top five categories for counterfeiting were:

When considering the origin, destination or point of seizure or transit, North America led the pack, with 1,579 incidents. It was followed by Asia (1151) and Latin America (620).

Pharmaceutical fraud is easy and lucrative and isn’t likely to decline soon. Therefore,  companies and consumers alike must remain vigilant.