With Supply Lagging, COVID-19 Vaccine Manufacturers Pledge to Ramp Up 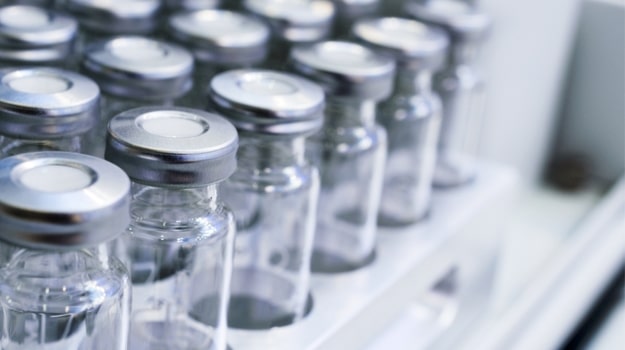 The development, clinical trials and authorization of several COVID-19 vaccines within about one year is an amazing and historic scientific achievement. But manufacturing and distribution problems have cast a light on other difficulties. Although problems with actually getting shots into arms have been described thoroughly, manufacturing problems and scale-up haven't been the focus of much reporting.

With all eyes on the U.S. Food and Drug Administration (FDA)’s vaccines advisory council meeting on February 26, which is likely to lead to an emergency use authorization (EUA) for the Johnson & Johnson one-shot COVID-19 vaccine, the company has been asked about how many doses of the drug it can deliver. Early on, it had committed to delivering 10 million doses by the end of February. However, it is reporting that it has less than 4 million doses ready to ship if it receives the EUA.

“We will have 20 million doses of the vaccine to be made available by the end of March and we’re prepared to ship, immediately upon emergency use authorization, nearly 4 million doses of our vaccines,” Richard Nettles, vice president of medical affairs for Janssen, the J&J subsidiary developing the vaccine, told a House Energy & Commerce Committee hearing yesterday.

“It’s a very easy vaccine to ship and administer,” said Marcus Plescia, chief medical officer of the Association of State and Territorial Health Officials. “It doesn’t have all of these complicated requirements, particularly like Pfizer, which is a much more delicate vaccine. A single dose, you get it, you’re done.”

At the same House Committee meeting, executives from Pfizer, Moderna, AstraZeneca and Novavax joined J&J’s Nettles to discuss their vaccines. John Young, chief business officer of Pfizer, along with Stephen Hoge, president of Moderna, discussed how quickly their mRNA vaccines could be modified to adapt to new variants if it becomes necessary.

“We have no real-world evidence [of reduced efficacy] against B117, but we are looking at a booster,” said Young. B117 is the U.K. variant.

Young added that Pfizer is ramping up the supply of the vaccine. At the beginning of this month, the company and BioNTech were delivering 4 to 5 million doses weekly. By mid-March, they project it will be 13 million doses per week, with expectations of delivering all 300 million doses it has a contract for with the U.S. government delivered by the end of July. This would allow for full vaccination of 150 million people in the U.S.

Moderna’s Hoge said that by the end of March between it and Pfizer, they should have 220 million doses, a dramatic increase from the approximately 75 delivered so far.

“We do believe we’re on track,” Hoge said. “We think we’re at a very good spot.”

Pfizer’s Young said, “At this point I can confirm we are not seeing any shortages of raw materials.”

Rep. Diana DeGette, (Colorado-D), opened the hearing, stating, “The most pressing challenge now is the lack of supply of vaccine doses. Some of the companies here today are still short of the number of doses they promised to initially deliver when they last testified before this subcommittee in July.”

Rep. David McKinley, (West Virginia-R), said, “A significant amount of American tax dollars were invested to be able to produce the vaccine immediately upon approval.” He pressed the companies on why their manufacturing efforts came up short.

Partly, the Trump Administration’s Operation Warp Speed focused on speeding vaccine research, development and manufacturing, with little attention or resources spent on coordinating state and local vaccination distribution. Those are picking up speed, partially due to increased supply.

Nettles said Pfizer had faced “significant challenges” due to its “highly complex” manufacturing process. Pfizer is partnering with French company Sanofi to expand production. “This has been an unprecedented effort to scale up manufacturing for a vaccine against a disease that didn’t even exist more than a year ago.”

The difficulties in ramping up manufacturing emphasize the complexities of modern drug manufacturing, particularly in new technologies. Pfizer has been dumping money into doubling batch sizes and adding manufacturing suites. It is also manufacturing its own supply of lipids, which are used as vectors in the mRNA vaccines. It is also developing its own finish-fill capacity to actually get the vaccine into vials so they can be shipped. Last week, Pfizer reported that its Kalamazoo, Michigan manufacturing plan had decreased manufacturing time from 110 days to about 60 days.

“As we work to meet these goals, we are continually learning and working closely with our partners and the federal government to identify ways to address bottlenecks and accelerate our production,” Hoge said at the subcommittee meeting.