COVID-19 News: Delta Variant a Cause for Concern and Other Topics 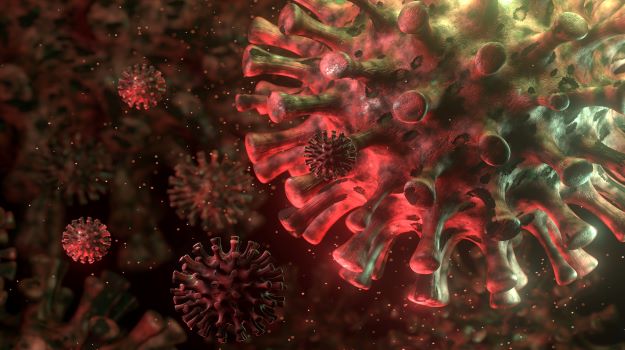 Although the COVID-19 pandemic is waning in the U.S., it’s not completely over and there are some concerns, particularly with the delta variant, which originated in India. Here’s a look.

In a preclinical study, RedHill Biopharma announced preliminary data showing that its Yeliva (opaganib) demonstrated inhibition of the beta (South African) and gamma (Brazilian) COVID-19 variants. Opaganib is an oral therapy with host-targeted, dual antiviral and anti-inflammatory properties. The antiviral effects are by selectively inhibiting spinghosine kinase-2 (SK2). They also announced positive data from the Phase II study of opaganib in the 475-patient Phase II/III study in hospitalized patients with COVID-19, and the Phase III portion is fully enrolled.

Asa Hutchinson, the governor of Arkansas, recently said on “Face the Nation” that the U.S. Food and Drug Administration (FDA) should fully approve COVID-19 vaccines because it would help overcome Arkansas residents’ hesitancy over getting vaccinated. “Whenever they see emergency use authorization, they say, well, they haven’t made a final approval, they haven’t got all the research completed that is needed on there,” he said. “They want to do more study. And so it was approved as emergency use. And so for that reason, you can’t mandate it. We don’t mandate it in Arkansas. We have to rely upon the education.”

Five senators from both parties have asked the Centers for Disease Control and Prevention (CDC) and Transportation Security Administration (TSA) when they will update their mask guidance for people who are traveling. They specifically asked five questions, which include if removing mask mandates for the fully vaccinated would encourage others to get vaccinated. The senators were Brian Schatz (D-Hawaii), Roger Wicker (R-Miss.), Amy Klobuchar (D-Minn.), Susan Collins (R-Maine), and Jerry Moran (R-Kan.).

WHO Recommends All People Wear Masks Due to Delta Variant

The delta variant, broadly known as the India variant, is more transmissible than most COVID-19 variants. The World Health Organization (WHO) has recommended that even vaccinated people continue to wear masks and social distance as a result. “Vaccine alone won’t stop community transmission,” said Mariangela Simao, WHO’s assistant director-general for access to medicines and health products. “People need to continue to use masks consistently, be in ventilated spaces, hand hygiene … the physical distance, avoid crowding.” The delta variant has primary been a problem in countries that haven’t been able to fully ramp up their vaccination distribution, although it does appear to be growing in the U.S., representing 20% of infections. The vaccines are still viewed as “highly effective” against the delta variant, per a study by the British government.

Infectious disease experts are suggesting that Americans who received the one-shot Johnson & Johnson COVID-19 shot might need booster shots of the Pfizer-BioNTech or Moderna vaccines because of an increasing rate of delta variant infections. It hasn’t been fully determined if boosters in general will be needed in the next year (or ever), but a number of vaccine experts and virologists are saying they think people who received the J&J vaccine should receive a booster sooner than later. Canada already recommends that for people who received the AstraZeneca-Oxford vaccine. At least one estimate is that the J&J vaccine had about 64% efficacy against the delta variant and 82% against severe disease, but the effectiveness hasn’t been studied directly.

Immunocompromised Still Need to Be Careful, Even After Vaccination

In people who are immunosuppressed or immunocompromised, the COVID-19 vaccines may not be as effective. A recent study from Johns Hopkins University School of Medicine showed that only 17% of transplant recipients had antibodies after their first dose of a COVID-19 vaccine, with another 35% responding after the second shot. There are clinical trials ongoing to determine if a third shot helps in this population (it seems to), but how much is needed to provide protection hasn’t been determined.

A Single COVID-19 Vaccine Dose Effective in the Elderly

Two studies out of the U.K. found that a single COVID-19 vaccine dose was pretty effective in people 65 years of age and older. The study looked at more than 10,000 people 65 years or older and found a vaccine effectiveness (VE) rate of 65% to 68% five to seven weeks after vaccination; one involving 466 people 80 years and older showed a VE from 71% to 80%.

“In both studies, the confidence intervals for estimates of vaccine efficacy are wide,” said Maria Prendecki and Michelle Willicombe in a commentary. “However, these results provide reassurance that, in older adults—some of whom were frail and had many comorbidities—both ChAdOx1 nCoV-19 [the AstraZeneca/Oxford vaccine] and BNT162b2 [the Pfizer/BioNTech vaccine] provide protection from COVID-19 and, in cases of breakthrough infection, probably decrease the likelihood of viral transmission.”

Could Take a Year to Recover Taste and Smell

A study following 97 COVID-19 patients who lost their sense of taste and smell suggests it could take up to a year for them to recover. Of the 97 patients, 51 underwent objective testing to corroborate self-reported results. At eight months, 49 of the 51 people had fully recovered their taste and smell. One of the two could smell, but indicated things smelled strange, while the other person could still not smell by the end of the study.

Delta Variant Trending Toward Being Dominant Strain in the US

The delta variant, which originated in India, now accounts for about 20% of COVID-19 cases in the U.S. But a recent government projection believes it could become the dominant type within a month. It hasn’t been determined if the delta variant is more lethal, but it does appear to be more contagious than most other variants. The original wildtype form originating in Wuhan, China, is dubbed A.1. B.1 was associated with the early 2020 outbreak in northern Italy, and involved a mutation called D614G. Derived from B.1., the B.1.2 variant made up more than 40% of U.S. cases by late 2020, but is not as prevalent. Epsilon (California) and Iota (New York) variant were increasing in the winter and by April, Iota made up 40% cases in New York City and 15% nationally. Alpha is the UK variant and by March was the dominant type in the U.S.