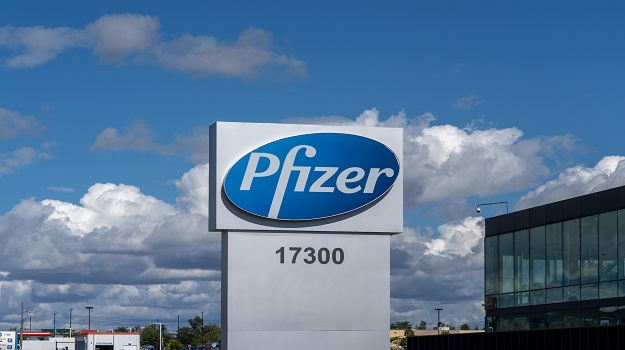 The Phase III study, conducted in the EU, compared immunogenicity responses elicited by 20vPnC versus Prevenar 13.

The vaccine also elicited robust functional antibody responses and the safety profile was favorable and similar to Prevenar 13, Pfizer reported. The company plans to seek regulatory approval in the EU within the next few months.

The results come a little more than a month after Pfizer reported positive top-line data from the pivotal U.S. trial in the same indication.

Data from 38 participants showed the drug met the trial's primary endpoint. Haduvio demonstrated a 52.5% change compared to placebo, alongside a 75.1% reduction in the geometric mean percent change in daytime cough frequency.

There are currently no approved treatments for chronic cough in Idiopathic Pulmonary Fibrosis, Trevi noted. The company is now preparing to begin its next clinical trial for the same patients in the first half of 2023.

A cohort study of the FDA's accelerated approval activity in non-oncology areas from 1992 to 2018 showed that the regulator approved 48 drugs for 57 non-oncology indications, with a median time to regular approval of 53.1 months.

This number includes 23 HIV treatments. Over the period, nine postapproval confirmatory studies failed to verify clinical efficacy, but there was one indication that was withdrawn as it failed 136 months after it was given accelerated approval.

The study's objective was to determine whether the FDA's program gave access to expedited treatments in severe non-oncology cases. Congress authorized the program in 1992 to address unmet medical needs through rapid drug development following the HIV/AIDS crisis. The 26-year data were evaluated from February to April 2022. A comprehensive drug study will need to be conducted later on. Details are published in JAMA Network.

The recommendation is still subject to the European Commission's review before its observations can be declared final.

CHMP also recommended Comirnaty as a 10-µg booster dose given at least six months after the primary series for children ages five years to 11 years. This is also subject to the EC's review.

Marengo Therapeutics is advancing the development of its lead TCR activator STAR0602 for solid tumors into human clinical trials after the FDA approved its investigational new drug application. The company plans to begin a Phase I/II clinical study in the fourth quarter of this year.

To carry out the trial, Marengo partnered with the National Cancer Institute's Center for Cancer Research and the newly formed Center for Immuno-Oncology through a Cooperative Research and Development Agreement (CRADA). This is the first CRADA with a new CIO team, which is co-led by Dr. Jeffrey Schlom and Dr. James Gulley.

Zealand Pharma shared positive data from its Phase III clinical trial of dasiglucagon for congenital hyperinsulinism in newborns and infants.

Dasiglucagon significantly reduced the need for intravenous glucose to maintain glycemia, reduced time in hypoglycemia and enabled the discontinuation of IV glucose in most infants, the company reported.

It also helped limit the need for pancreatectomy. Participants were children ages seven days to 12 months diagnosed with congenital hyperinsulinism.

At the end of the 21-day study, researchers found the drug to be well tolerated and effective in patients dependent on IV glucose. Zealand is now poised to submit a new drug application in 2023.

The data was presented at the 60th annual European Society for Pediatric Endocrinology meeting in Rome.