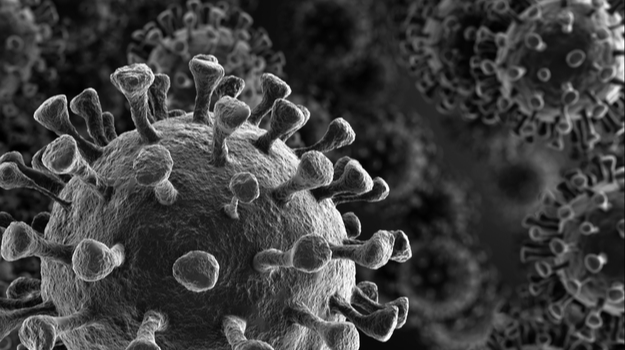 The Wuhan Institute of Virology, part of the China Academy of Sciences, has applied to patent the use of Gilead Sciences’ remdesivir to treat the current coronavirus outbreak.

The company has partnered with Chinese health authorities to run a Phase III clinical trial to assess remdesivir for treatment of the virus. The drug was originally developed to treat the Ebola virus, but wasn’t effective. Preclinical assays have suggested that the drug might be effective against the coronavirus, 2019-nCoV, as was published in the New England Journal of Medicine (NEJM). The drug was given to a U.S. patient for compassionate use on day seven of the disease and their condition improved on day eight.

The new clinical trial will be conducted at Friendship Hospital in Beijing, China. The trial will enroll 270 patients with mild and moderate pneumonia caused by the virus.

“Gilead is working closely with global health authorities to respond to the novel coronavirus (2019-nCoV) outbreak through the appropriate experimental use of our investigational compound remdesivir. While there are no antiviral data for remdesivir that show activity against 2019-nCoV at this time, available data in other coronaviruses give us hope,” the company stated.

The Wuhan Institute submitted the patent application jointly with the Military Medicine Institute of the People’s Liberation Army Academy of Military Science. Researchers with both organizations noted in a paper published in Nature’s Cell Research this week that both remdesivir and chloroquine, used to treat malaria, may be effective in stalling the coronavirus.

“Even if the Wuhan Institute’s application gets authorized, the role is very limited because Gilead still owns the fundamental patent of the drug,” said Zhao Youbin, a Shanghai-based intellectual property attorney at Purplevine IP Service Co. “Any exploitation of the patent must seek approval from Gilead.”

The Wuhan Institute indicated it filed the patent application on January 21, but also noted it would temporarily drop the patent claims if it had the opportunity to collaborate with foreign biopharma companies to battle the epidemic.

The World Health Organization (WHO), however, is trying to downplay media reports of any drug breakthroughs against the outbreak, stating there are “no known” drugs against the virus. “There are no known effective therapeutics against this 2019-nCoV and WHO recommends enrollment into a randomized controlled trial to test efficacy and safety,” the organization stated today. “A master global clinical trial protocol for research and prioritization of therapeutics is ongoing at the WHO.”

To date, the coronavirus has infected almost 25,000 and killed almost 500. The coronavirus, which comes from the same family of viruses as the common cold, SARS and MERS, began in the city of Wuhan, China. It is believed to have originated in bats and made the jump to human beings, possibly at a seafood market in the city. The virus’s genome is very similar to the SARS virus. It is an airborne virus, although it does not appear to survive long outside the body or on surfaces and remain infectious. It seems to require close contact or exposure to droplets, such as coughing or sneezing, from someone who is infected. However, there are some signs that it can be transmitted prior to symptoms occurring. It causes flu-like symptoms that in some cases become pneumonia.

Gilead’s remdesivir is an experimental drug that isn’t licensed or approved anywhere in the world. It is being rushed into clinical trials in China. Gilead’s chief medical officer, Merdad Parsey, told Bloomberg that the drug could enter clinical trials in China as early as next week in patients with moderate and severe symptoms.

China can manufacture chloroquine and currently wants access to remdesivir. Bloomberg points out that the country’s decision to seek a patent “instead of invoking the heavy-handed ‘compulsory license’ option that lets nations override drug patents in national emergencies, underscores the delicate balancing act before China as it signals commitment toward intellectual property rights alongside curbing the virus outbreak.”

“The fact that they have applied for a patent means there’s growing awareness about this in the country,” said Wang Yanhu, a senior partner at Albright Law Offices in Beijing. “The government is compelled to avoid using the compulsory license because it has been making efforts to show China respects intellectual property rights and the abuse of compulsory licensing will draw international criticism.”

Gilead is presently shipping enough doses of the drug to China to treat 500 patients and is increasing its supply in case the clinical trials are effective.