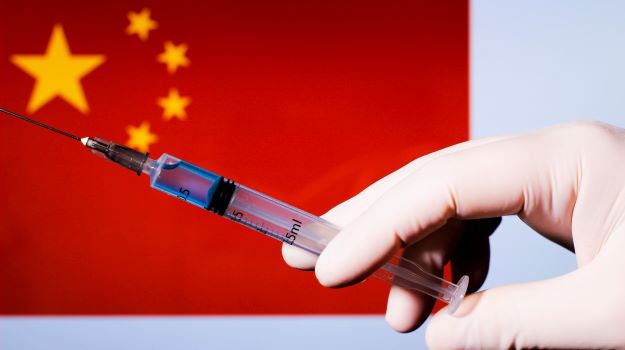 It’s been almost four years since Chinese researcher He Jiankui utilized CRISPR-Cas9 gene editing to change the DNA of the embryos of seven couples, resulting in at least one set of live births. That led to a global moratorium on gene-editing embryos, international investigations, and the researcher receiving a 3-year prison sentence and a $430,000 fine.

That has led to a fair amount of soul-searching on the part of researchers, institutions and governments on how to handle genetic research, materials and data. Numerous countries have spent years, even before the incident, laying out a framework for regulations.

The country’s new proposed rules define human genetic resources, according to the Genetic Literacy Project, “as genetic materials, including organs, tissues and cells, as well as genetic information, such as the human genome and genes.”

The proposed guidelines also state that organizations and individuals outside of China, as well as groups formed or controlled by foreign stakeholders, cannot collect and preserve Chinese human genetic resources inside China or take them outside of the country. “The collection, storage and supply of Chinese human genetic resources must be carried out by Chinese scientific research institutions, universities, medical institutions and enterprises, it added.”

The proposal was presented by the Chinese Ministry of Science and Technology. It is currently in a public consultation phase. Last year, the country’s Biosecurity Law and Data Security Law both took effect.

For several decades, the U.S., Brazil, Japan and much of Europe have bolstered their management of human genetic resources. Chu Jiayou, former director of the Institute of Medical Biology of the Chinese Academy of Medical Sciences, said, “This subject has gradually become a field with global strategic importance.”

The new rules could potentially affect a broad range of scientific studies ranging from archaeology to agriculture to medicine. British law firm Simmons & Simmons suggests it could hamper international cooperation in biomedical research. The rules also define a foreign-controlled entity as any organization in which foreigners (outside China) hold more than 50% of equity or wield significant influence over decision-making, internal management and contracts or arrangements.

The chief scientist of a Tianjin-based biotech company who requested anonymity was quoted by China Daily, saying, “It is a very instructive and meticulous piece of regulation that will have a lasting impact on how bio-research will be conducted in China and with global partners. Bioethics regarding human genetic research has always been a pressing issue for the global biotechnology sector. I believe China’s latest effort to optimize its management of human genetic resources will ensure the positive growth of its bio-industry.”

Simmons & Simmons outlined specific areas of concern. They include approval authority, noting that all related approvals would need to be submitted to the Ministry of Science and Technology “instead of its provincial level branches.”

Secondly, as mentioned, they place restrictions on foreign companies or organizations that have more than 50% controlling interest in organizations. They note, “Especially for the recognition of contractual and other arrangement as one form of actual control, this means that a foreign entity or individual cannot use the commonly seen Variable Interest Entity or VIE structure to avoid HGR approval or filing.”

Third, there are “notable changes regarding filing and approval.” This also appears to place restrictions on drugs or medical devices that need to be authorized in China but may have components from other countries.

Other areas include security review, calculation of illegal income and procedures for administrative penalties.