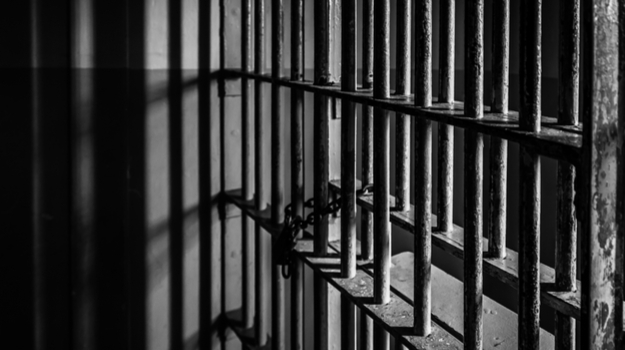 The Chinese government sentenced He Jiankui, the scientist who gene-edited twins using CRISPR, to three years in prison.

In November 2018, He Jiankui announced he utilized CRISPR-Cas9 gene editing to alter the DNA of embryos for seven couples.

CRISPR-Cas9 is a procedure that allows researchers to easily identify specific gene sequences, clip them out and replace them. He used CRISPR to disable a gene called CCR5. This gene creates a protein that allows HIV enter a cell. All the men of the seven couples had HIV and the women did not. The gene editing’s goal wasn’t to prevent transmission of HIV, said He, because all seven men’s HIV infections were strongly suppressed by standard HIV drugs.

To date, a pair of twins have been born. Reportedly another woman was pregnant, although there has been no news on the pregnancy.

The announcement was met by global condemnation and a call for a moratorium and guidelines on gene editing of germ cells.

The Shenzhen Nanshan District People’s Court sentenced He today to three years in prison and a fine of 3 million yuan ($430,000 U.S.). Two other medical researchers, Zhang Renli and Qin Jinzhou, worked with He and were also sentenced.

“The court held that the three defendants failed to obtain a doctor’s qualification and pursued profit, deliberately violated the relevant national regulations on scientific research and medical management, crossed the bottom line of scientific and medical ethics, and rashly applied gene-editing technology to human-assisted reproductive medicine, and disrupted the medical treatment,” reported Xinhua, China’s state-run news agency. “The nature of their behavior is serious and has constituted the crime of illegal medical practice.”

Zhang received a sentence of two years in prison and a fine of 1 million yuan ($143,000 U.S.). Qin received a suspended sentence of one year and six months in prison and was fined 500,000 yuan ($71,600 U.S.). Xinhua reported all three researchers pleaded guilty in criminal trials closed to the public. They have also been banned from engaging in human-assisted reproductive technology services for life.

Earlier this month, the MIT Technology Review announced they had received a copy of He’s unpublished manuscript titled “Birth of Twins After Genome Editing for HIV Resistance.” They also received a second manuscript that discussed laboratory research on human and animal embryos. The research was apparently reviewed earlier by Nature and JAMA but is as yet unpublished. The MIT group had the papers reviewed by four experts, a legal expert, an IVF physician, an embryologist, and a gene-editing specialist.

MIT Technology Review writes, “Their views were damning. Among them: key claims that He and his team made are not supported by the data; the babies’ parents may have been under pressure to agree to join the experiment; the supposed medical benefits are dubious at best; and the researchers moved forward with creating living human beings before they fully understood the effects of the edits they had made.”

The analysis found 13 key problems, but some of the more relevant were that the stated purpose of the research—which is also under attack—did not occur. That is to say, He Jiankui and the authors of the research claim that the goal was to modify the CCR5 gene to make the children resistant to HIV. Not only did that not appear to have happened, but it’s questionable if it was the real reason—the real, less scientific reason being to be the first scientists to modify human embryos using CRISPR gene that are then born.

One of the reviewers, Fyodor Urnov, a genome-editing specialist at the University of California Berkeley, said, “The claim they have reproduced the prevalent CCR5 variant is a blatant misrepresentation of the actual data and can only be described by one term: a deliberate falsehood. The study shows that the research team instead failed to reproduce the prevalent CCR5 variant.”

In January, investigators from Guangdong Province Health Commission indicated He had performed his research “in pursuit of personal fame and fortune, with self-raised funds and deliberate evasion of supervision and private recruitment of related personnel.”

They also found that He forged ethical approval documents and blood tests to get around a ban on assisted reproduction or HIV-positive patients in China.