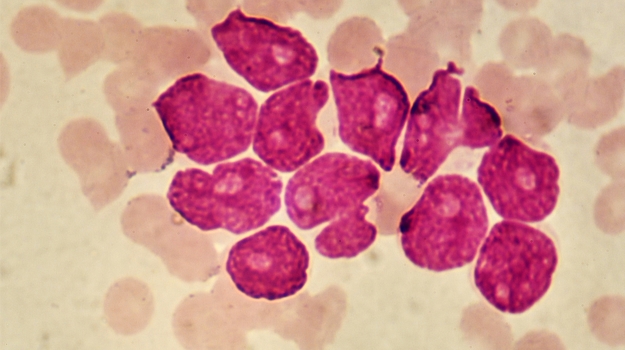 AML is a form of cancer where the bone marrow produces abnormal blast cells. Blast cells normally grow into various different types of blood cells. AML typically progresses quickly and is usually fatal within weeks or months if untreated.

“AML remains a deadly blood cancer where most patients are not curable and less than 30% of patients survive five years,” stated Jay Backstrom, Celgene’s chief medical officer. “The CC-486 QUAZAR AML-001 study is the first Phase III trial to demonstrate that the addition of maintenance therapy has the potential to extend overall survival in a broad population of patients with newly diagnosed AML who have achieved remission with induction chemotherapy.”

The company plans to present the data at a future medical conference. It also expects to submit CC-486 to regulators in the beginning of the first half of 2020.

CC-486 is currently not approved for any use. It is a cytidine nucleoside analogue that integrates into DNA and RNA. Researchers believe it causes DNA hypomethylation and direct cytotoxicity to abnormal hematopoietic cells in the bone marrow. Methylation of the DNA is an epigenetic mechanism that is involved in switching genes on and off. They believe, in this case, that hypomethylation may restore normal function to the genes involved in cell differentiation and proliferation.

There are about 21,450 new cases of AML in the U.S. each year, with about 10,920 deaths resulting from the disease. Currently there are approximately 61,048 AML patients in the U.S.

The QUAZAR AML-001 trial is a randomized, double-blind, placebo-controlled trial of the drug as maintenance therapy. It enrolled 472 patients who were randomized 1:1 to receive either 300 mg of CC-486 or placebo once daily for 14 days of a 28-day cycle as well as best supportive care until the disease progressed.

Myelofibrosis is a serious and rare bone marrow disease. It causes a disruption of the normal production of blood cells. Fibrotic scar tissue gradually replaces bone marrow, which limits the ability of the body to produce new blood cells. This leads to anemia, fatigue and weakness, and enlargement of the spleen and liver.

The deal is still in progress as the companies work to meet Federal Trade Commission (FTC) requirements. For example, in June, Celgene gave up its right to tislelizumab, BeiGene’s checkpoint inhibitor, because Bristol-Myers markets a competing one, Opdivo. This required Celgene to pay $150 million to BeiGene as a break-up fee.

Also, the FTC required Celgene to give up its Otezla for psoriasis and psoriatic arthritis. Bristol-Myers sells a competing drug, Orencia, and also is developing BMS-986165 for psoriasis. In August, Amgen scooped up Otezla for $13.4 billion.