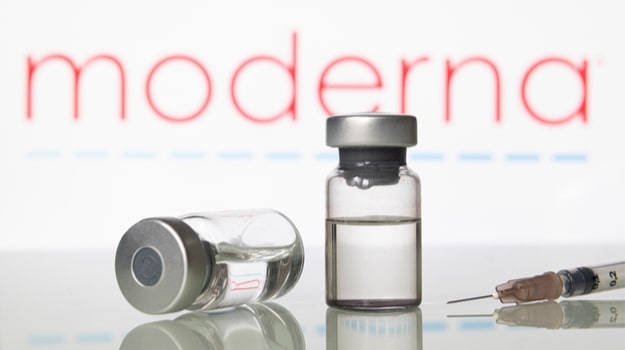 Updated: In a unanimous vote on Tuesday afternoon, a panel of U.S. Food and Drug Administration advisors voted to recommend the approval of Moderna's COVID-19 vaccine for children and adolescents between the ages of six and 17 years old.

While the FDA is not required to honor the opinion of the committee, the regulatory agency normally follows the recommendations it receives.

The vote was split into parts: one for the vaccine's use in children ages 6 to 11, and one for children 12 to 17. In both votes, the outcome was 22-0 in favor of the vaccine.

Many waited with baited breath for the decision, as the safety and efficacy data the committee voted on included concerns related to heart inflammation in some patients.

Data released ahead of the meeting by the U.S. Centers for Disease Control and Prevention suggested that Moderna’s mRNA vaccine could lead to higher risks of heart inflammation in some age groups in comparison to the mRNA vaccine developed by Pfizer and BioNTech. While that sounds concerning, the health agency noted in its report that those incidences of inflammation, including myocarditis and pericarditis, were not consistently seen across all U.S. vaccine safety monitoring systems, Reuters reported.

The CDC data, which is based on information in the Vaccine Safety Datalink system, shows that the incidences of heart inflammation were 97.3 cases per million doses for males aged 18-39, following the second dose of Moderna's shot, Reuters reported. In comparison, the incidences of heart inflammation in the same group were 81.7 cases per million doses of the Pfizer-BioNTech vaccine.

The CDC noted that the cases of inflammation have largely been able to be resolved through treatment.

The CDC data comes days after the FDA staff that reviewed data for both the Pfizer vaccine and the Moderna vaccine determined they were safe for use in children.

In 2021, the CDC confirmed a likely connection between the mRNA vaccines used by Moderna, Pfizer and BioNTech with rare cases of myocarditis or pericarditis in people who received a second dose, typically in patients under the age of 30. Albeit a rare occurrence, the labels for the vaccines now include warnings.

There have been approximately 1,200 cases of myocarditis or pericarditis found in vaccinated adults under the age of 30. Following that 2021 report, Moderna announced plans to expand its clinical protocols to detect the potential side effects that can lead to heart inflammation.

In April, Moderna submitted an emergency use authorization request for its vaccine for use in children under the age of 6. The request was based on interim data from the Phase II/III KidCOVE study that showed robust neutralizing antibody response in the 6-month to 6-years age group.

As BioSpace previously reported, the data from that study showed the antibody titers hit the statistical mark for similarity to adults in the COVE study. The two-dose vaccine also had a positive safety profile. Moderna reported that the vaccine provided efficacy in preventing infections of 38% in children ages two to five and 44% in children ages six months to two years.

If Moderna wins its EUA for these juvenile patients, it will be the only COVID-19 vaccine available for pediatric patients in this age range. Moderna’s vaccine is currently only authorized for adult patients in the U.S. The Pfizer and BioNTech vaccine has been authorized for juveniles over the age of 5, but not for younger children.