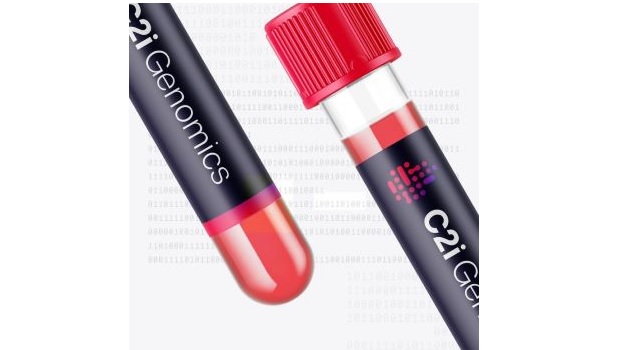 C2i Genomics plans to make sophisticated AI-informed cancer diagnostics and tumor monitoring available throughout the world, regardless of where patients or clinical trials are located. To that end, C2i recently entered into a partnership with China-based NuProbe Global to expand the use of genetic sequencing using their AI-enabled cancer intelligence platform to inform diagnosis, disease monitoring and precision treatments.

NuProbe has sequencing networks throughout China, so this collaboration bolsters the global strategy C2i Genomics began with Premier Inc. (in the U.S.) and Novogene (in Southeast Asia). “We are building a non-conventional model in the diagnostic field to engage cancer centers globally, and providing the software for those centers to conduct the diagnoses and tumor monitoring in-house,” C2i CEO, CSO and co-founder Asaf Zviran, Ph.D. told BioSpace.

The chemistry and software products expected to emerge from the NuProbe partnership will allow whole-genome library preparation to include further signal enrichment to identify cancer hotspots, microsatellite instability and fusions. Consequently, the test is considered ultra-sensitive, enabling it to be used after surgery to detect the presence of residual cancer cells before they can be identified in traditional ways. “This is very unique,” Zviran said.

Another benefit of the collaboration with NuProbe is its extensive infrastructure in China. That country accounts for approximately 30% of all cancer deaths globally, “and accessibility to sophisticated genomic sequencing is low,” Zviran said. Only about 5% of all cancer cases are sequenced. It’s a huge need.”

Many nations or regions, including India, Singapore, China and the European Union, have stringent data privacy laws that prevent patient data or samples from leaving for outside analysis, he pointed out. “Therefore, we are using off-the-shelf chemistry that any lab can do, and we’re providing the software to extract the data and make a diagnosis.”

Currently, C2i Genomics is training personnel in diagnostic labs throughout the world and providing validation of their tests based upon known samples from C2i’s own labs. Then, once validated, “they can provide a C2i test in their own lab and upload their data to our cloud servers. The (major) cloud vendors have servers throughout the world, so local data can remain on local servers in their home country,” Zviran explained.

The company has operations in the U.S., Singapore, Denmark, Switzerland and now China, and plans to expand into India, South America and Africa. “Everywhere there is a patient, there is a vendor” who can perform the tests and analysis, he said.

Zviran developed the AI technology to address a glaring gap in cancer care. “After my personal encounter with cancer several years ago, and my father’s cancer experience, I felt there was a lack of information to inform treatment decisions,” Zviran recalled. He knew the AI technology had evolved to the point where it could be adapted for healthcare.

As Zviran explained, he had spent much of his career as an electrical engineer building Israel’s sophisticated anti-missile defense systems and wanted to build a bridge between the military AI and diagnostics, so he returned to school to obtain a Ph.D.

Zviran equated the resulting AI technology to pattern recognition. “Each patient’s tissue sample has an extraordinarily complex signal with tens of thousands of data points associated with that construct,” he said. C2i’s test uses blood rather than tissue. Therefore, its foundational work found a way to see the same patterns in the blood that are seen in the tissue.

When considered as an image, the C2i Genomics test interrogates the entire patient tumor signature, so it analyzes about 50,000 data points and removes the noise. “Competitors,” he said, interrogate “about 18 data points, so their accuracy is lower.”

In addition to its blood test and AI analysis, C2i aggregates anonymized data from all its sites globally to identify signatures associated with certain chemotherapies, immunotherapies, and their effects on specific cancer types. “We’re working on this with Premier in the U.S. to generate insights that will empower physicians to select better treatments and, for clinical trials, to choose the patients most likely to benefit,” he said.

The technology also can be used to monitor patient progression. “A tumor needs to have at least one billion cells to be detected with current imaging technology,” Zviran pointed out. “That’s a problem for trial management,” and one he said C2i’s technology can ease by giving real-time assessments based upon blood analyses, thus improving monitoring and treatment selection as well as trial enrollment.

In the coming year, C2i is focused on getting a new diagnostic product to market. Zviran isn’t at liberty to share the details but said the company is generating data for U.S. and European submissions. “The next deal,” he hinted, “will have interesting collaborations with pharmaceutical companies to guide clinical trials and treatment.”