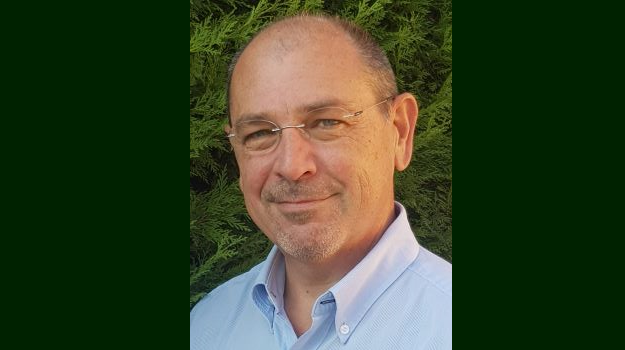 On October 14th, Amolyt Pharma announced the first dosing in its Phase I trial of AZP-3601 in healthy subjects, a momentous occasion capping off years of hard work in pre-clinical development. The drug aims to walk the biological tightrope in the management of hypoparathyroidism, a rare disease causing muscular pain and cognitive challenges.

Based in France, with U.S. headquarters in Boston, Amolyt is advancing peptides derived from natural hormones for the treatment of rare endocrine and metabolic disorders.

Amolyt is led by Thierry Abribat, a veteran biotech entrepreneur who began his career in big pharma at Sanofi, before moving into the academic space in Montreal. He went on to found three biotech companies including Alizé Pharma 2 which was acquired  Jazz Pharmaceuticals in 2016.

Abribat, who has spent his career focused on rare and orphan diseases in the endocrine and metabolic fields, was attracted to the biotech industry because of the opportunity to create something where once there was once nothing.

“I love to form companies where you can really innovate,” Abribat said. “Really, my personal driver, my passion, is innovation – to do something that nobody else has done…when you realize that you’re doing that to help find solutions for patients who are suffering, it just feels really good.”

Abribat’s current orphan of focus is hypoparathyroidism, a rare endocrine disease where the body does not produce enough of the parathyroid hormone (PTH) which regulates the amount of calcium in the bones. The disorder typically occurs after thyroid surgery, as the parathyroid glands are very close to the thyroid and are often removed in the process. It is most prevalent in middle-aged, peri-menopausal and post-menopausal women, but can also be caused by autoimmune disease or genetic factors with an early onset in childhood.

The deficiency leads to low calcium levels in the blood and bones, as well as increase of phosphorus in the blood, causing a whole host of debilitating neuromuscular and cognitive symptoms.  Patients will experience muscle cramps, muscle spasms and twitching, and the inability to concentrate.  If left untreated, it can lead to potentially fatal complications.

“If left untreated, you just die, because calcium is very important for all the cells and the organs of your body to survive, to function properly,” Abribat said.

The current treatment regimen consists of significant calcium supplementation, along with vitamin D which helps to absorb calcium in the body. Abribat states that there is a significant unmet need in treatment options.

There is one PTH hormone on the market, Takeda's Natpara.

“The problem, or limitation, of this drug is that it has a short half-life. It is not able to maintain calcium, not able to decrease enough the elimination of calcium in the urine. There is some improvement… [but] you need to have something that has a more stable effect, up to 24 hours,” Abribat said.

Enter AZP-3601, a peptide analog of PTH targeting a specific configuration of the PTH1 receptor to safely produce sustained levels of calcium in the blood, thereby controlling the symptoms of hypoparathyroidism. It is also designed to prevent chronic kidney disease, one of the most dire consequences of the disorder.

“The best approach is to make PTH replacement, you replace the hormone that’s missing,” said Abribat. “What you want to have as an analog of PTH for those patients, is [one] that is going to have a prolonged effect on serum calcium to reactivate what we call the kidney reabsorption of the calcium. So if you sustain calcium levels, you get rid of the symptoms, and if you suppress the calcium elimination by the kidney, you get rid of the kidney complications.”

Amolyt collaborated with Massachusetts General Hospital in the development of the analog.

Abribat went on to explain that the targeted treatment needs to be a very delicate line.

If the first indications obtained through animal models bear out, Abribat feels that Amolyt is on the right path to achieving this equilibrium.

“It maintained calcium levels within normal range over 24 hours for the symptoms. It allows to decrease the elimination of the calcium by the urine so that it prevents kidney disease. And it preserves the bone integrity so there is no further risk of osteoporosis for the women,” Abribat said.

He added that the phase I trial efficacy and safety endpoints will consist of achieving this intricate balance, first in healthy subjects, then in patients across the U.S. and Europe.

Abribat added that Amolyt is expecting to have some “very meaningful data” in healthy volunteers by mid-2021. From there, he hopes the path to commercialization will become clear.

“From the phase one, the endpoints I just mentioned, we are going to have some data on these endpoints, and trust it’s going to give us good reasons to move into the last trial that’s going to be the basis for registration hopefully at some point,” said Abribat. “And by early 2022 we should also have some data in patients, looking at the safety and effectiveness of the product in patients. It will be a very important moment for us.”

Next in line to enter the clinic is a first-in-class drug candidate called AZP-3404, a collaboration with the University of North Carolina at Chapel Hill and Maine Medical Center, which leverages the unique biology of IGFBP-2, a key regulator of glucose and fat metabolism. Resistance to degradation makes it suitable for once daily dosing and a valuable potential therapy for metabolic disorders. The team is collecting data to determine the most appropriate indication for AZP-3404, and hopes to begin a Phase I trial in early 2022.