Biotech Tilts at the Tipping Point of Gender Equality 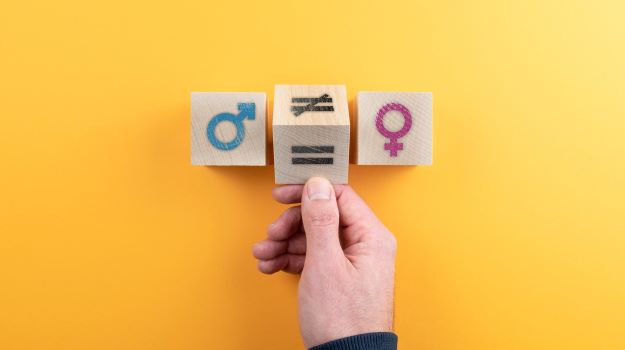 A recent report by Deerfield Management Company revealed an unsettling but unsurprising truth: There is a significant gender gap on the boards of venture-backed health care companies.

Deerfield, a health care investment management firm, examined 140 companies that had raised at least $25 million in venture capital (VC) financing and published the identities of their board members on their corporate website. They found that nearly half (48.5%) of these companies did not have a single female board member, while women make up only about 10% of board director roles.

BioSpace’s own 2020 U.S. Life Sciences Diversity & Inclusion Report found that only 14% of respondents identifying as female felt that opportunities for promotion at their companies were fair, while 24% said that employees of all backgrounds are encouraged to apply for higher positions. This was as opposed to 35% of males.

“I think in biotech, there is gender parity at the entry-level, but it does tend to drop off at senior levels,” said Alice Zhang, CEO and co-founder of Verge Genomics, which is focused on developing next-generation therapeutics for neurodegenerative diseases.

This lack of progress in a field that might be expected to do better – in the U.S., female medical students outnumbered men by a score of 50.5% to 49.4% as 2019 came to a close – could be couched in the embedded ethos of the biotech industry.

“Investors, for the last few years, have kind of preferred investing in experienced CEOs, and those tended to be men,” said Zhang. “The preference is also a rational response to what I would call the dark ages of biotech. In the 1990s and 2000s, there was just a really challenging financial landscape, so a lot of investors responded to that and it made a lot of sense to invest in experienced CEOs that they knew could deliver drugs across the line.”

Or, the disparity could be due to the self-perpetuating phenomenon of the old boys club.

“One of the reasons today that there’s gender disparity in new start-ups, I think, is primarily because there’s a huge bias – the VC funders are largely male,” said Verge Chief Business Officer, Jane Rhodes, Ph.D. “Because VCs largely fund teams as well as the business idea, I think there’s a lot of intrinsic bias there that’s just people funding people they see themselves in.”

Dr. Beth Seidenberg, founding managing director of Westlake Village Bio Partners, explained just one of the reasons why this is a problem.

“The advantage of a diverse team, a diverse boardroom – it’s very meaningful. If you surround yourself with people who are just like you, you basically get the same input and you don’t hear different points of view that can really change a direction or trajectory of a company,” said Seidenberg, who has incubated and invested in more than 20 health care companies.

Seidenberg shared another benefit of a diverse board makeup.

While the stats in this report are alarming, there is a consensus that some progress is being made.

“I think that there is a much greater focus and recognition of the importance of diversity on boards and in senior leadership, and I see people trying to make progress towards that. It feels different. It feels like we’re talking about it much more than we were before,” said Nancy Simonian, M.D, founding CEO of Syros Pharmaceuticals, a clinical-stage genomics company. “I think there’s demonstrable progress, but the progress is still too slow.”

“There are more young examples of success. Alice is a good example of this. What’s going to open the floodgates is more people like Alice running successful companies and showing that women can do it too," Rhodes said. "I think it’s slowly changing over time, but the tipping point hasn’t really been reached yet, unfortunately.”

The lack of scrutiny to date over the diversity of private companies’ boards could also be playing a part. While many public companies are mandated to report the composition of their boards, private companies have been allowed to fly under the radar.

The Deerfield report says that following the passage of a 2018 California state law requiring a minimum of two female directors on public company boards by the end of 2021, companies in the golden state added more than 500 women to their boards in 2018 and 2019 combined. The report states that the law will be target private companies as well as part of a phased-in approach.

Until more laws like this one come to pass, the onus is on current female leaders to mentor and share their experience and networks.

Besides Verge’s systems biology platform, Rhodes was drawn to the young company by the opportunity to mentor a young female CEO.

“(Alice) hasn’t been in the business that long and was seeking somebody in a senior position that she could partner with, who could advise her, mentor her, and whom she could trust. I was really attracted to having the ability to influence both her and the company’s trajectory,” Rhodes said.

“It’s got to be intentional. Saying, if I’m going to fill this role, it’s going to be with a woman or a minority. You can’t let up on these initiatives and these efforts. You have to stick with it over decades to really hit that tipping point and see things switch to being equal.”

Also important is furnishing women with the experience that will make them less of a risk to investors.

“I read this many years ago…when a job description is put in front of men and women, men tend to read it and think, I can do at least 50% of that, so I’m qualified. Women tend to think, I can’t do all of those things so I’m not going to apply. I think an enabler as people advance in their careers is to give them as much exposure and opportunity as possible. That’s something that we really try to live at Verge,” Rhodes said.

Zhang believes that the state of the biotech industry is changing in a way that will propel women up the corporate ladder.

“I think key to turning the tide is recognizing that we’re in a new era where the industry has seen tremendous growth in this new wave of high-growth biotech companies built from next-generation technology. I think the biotech start-up phenotype has changed, and the phenotype of biotech founders has as well,” she said.

So just how far are we from the tipping point?

“I think we’re probably, I’ll call it, five years away,” said Seidenberg. “When I look at what it was like when I started my career 30 years ago…I was the one person around the table that was diverse. When I look now, fortunately I’m often not the only woman or minority around the room. Now, when I look at our teams, and particularly people who are moving towards executive level in companies or firms, you’re starting to see more women and minorities. If they stick with it, and we help mentor and champion those individuals, then you tip. That’s when it happens.”