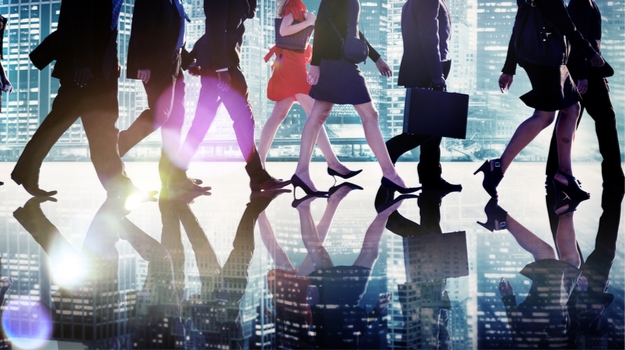 Arrakis Therapeutics – Former Editas Medicine Chief Executive Officer Katrine Bosley has been named chairman of the board of directors at Waltham, Mass.-based Arrakis Therapeutics. In addition to her tenure as CEO of Editas Medicine, Bosley helmed Avila Therapeutics as CEO until it was acquired by Celgene. She also served as head of business development at Adnexus Therapeutics. A longtime entrepreneur, Bosley currently serves on the board of directors of Galapagos NV, Genocea Biosciences and the Mass Eye and Ear Institute.

MorphoSys -- Markus Enzelberger, chief scientific officer of Germany-based MorphoSys is leaving the company on Feb. 29. He will depart the company to explore new opportunities, the company said. Enzelberger joined MorphoSys in 2002 and served in various leadership positions. Following Enzelberger's departure, the MorphoSys research organization will be integrated into the Clinical Development segment under the lead of Malte Peters, the company’s chief development officer.

ATCC – Raymond D. Stapleton was named president and chief operating officer of Virginia-based ATCC. In this role, Stapleton will coordinate ATCC’s Corporate Operations and will take on a co-leadership role in the Commercial Center where he will oversee the standardization, manufacture, and distribution of new tools and reagents to researchers around the globe. Prior to joining ATCC, Stapleton was senior vice president of technical operations at Iovance Biotherapeutics where key responsibilities included clinical and commercial supply chain and logistics and commercial manufacturing readiness. Before that, he spent 15 years at Merck in various positions of increasing responsibility. At Merck, he rose from the role of process microbiologist overseeing a technical team of eight to leading technical operations at a manufacturing site responsible for supporting Merck’s $5 billion vaccine business.

Kymera Therapeutics – Nello Mainolfi, president and chief scientific officer of Cambridge, Mass.-based Kymera, has been promoted to the role of president and chief executive officer. Mainolfi will lead Kymera as the company enters its next stage of growth, advancing a series of novel degrader drugs into clinical development as well as expanding the impact of its innovative Pegasus platform. Mainolfi started his drug discovery career at the Novartis Institutes for Biomedical Research, leading teams to identify novel potential medicines that have entered clinical development across a series of disease areas. Before co-founding Kymera with Booth in 2016, Mainolfi was an Entrepreneur in Residence at Atlas Venture and had previously led discovery research at cancer metabolism startup Raze Therapeutics.

Hillstream BioPharma – Kwok-Kin Wong was added to Hillstream’s scientific advisory board. Wong is the Chief of Hematology and Medical Oncology at The Perlmutter Cancer Center at NYU Langone Medical Center. Wong has served in various investigative and leadership roles at Dana-Farber Cancer Institute, Brigham & Women’s Hospital and Harvard Medical School.

Merck – Theodora Ross has been named vice president of Translational Medicine for the Discovery, Preclinical and Early Development at Merck Research Laboratories. Ross will start her new role in December and will be based at Merck’s Rahway, N.J., site. Ross is currently the Jeanne Ann Plitt Professor in Breast Cancer Research; H. Ben and Isabelle T. Decherd Chair in Internal Medicine at the University of Texas, Southwestern Medical Center where she serves as the Director of the Cancer Genetics Program. Prior to joining UT Southwestern, Ross served as a clinician and researcher at the University of Michigan in Ann Arbor, where she served patients and investigated the basic cellular mechanisms of cancer cells and how those cells resist targeted cancer drugs.

California Life Sciences Association – California Life Sciences Association has expanded its board of directors with three new members. Mohit Trikha, head of Oncology Early Development & AbbVie Bay Area Site Head, Lesley Stolz, managing director of Lasana Partners and Grace Han McMahon, head of Transactions, Pacific Innovation Hub, Business Development & Licensing at Merck Research Laboratories were all named to the board. At AbbVie, Trikha is responsible for advancing the oncology pipeline from candidate selection through clinical proof of concept. Prior to AbbVie, he was president and CSO of Triphase and EnCycle Therapeutics. Most recently Stolz was CBO at Annexon Biosciences and prior that she spent five years at Johnson & Johnson Innovation. She has also held executive positions with BioTime, Inc., Sutro Biopharma, Inc., and Sunesis Pharmaceuticals. McMahon re-joined Merck after five years at Genentech where she led a team of transactional attorneys and negotiated collaboration, licensing, M&A and manufacturing transactions. Prior to Genentech, she was an in-house lawyer at Merck for 10 years.

STI Pharma – Frank Mullery was named president and chief commercial officer of Pennsylvania-based STI Pharma, LLC. He most recently served as president of Institutional Business at Mylan, Inc. Prior to his role at Mylan, Mullery was CFO of North America for Mylan and has held roles of increasing scope and complexity in both the commercial and financial functions for Teva Pharmaceuticals and Viropharma Inc.

Siemens Foundation -- David Pacitti, president of Siemens Medical Solutions USA, Inc. and head of the Americas for Siemens Healthineers, has been named to the Siemens Foundation Board of Directors. Pacitti joined Siemens Medical Solutions USA, Inc., in 2015 in his current role. Prior, he was division vice president of U.S. commercial operations, sales, and marketing at Abbott Vascular.

Science 37 – David Coman was named CEO of L.A.-based Science 37. Coman joins Science 37 from ERT, a global data and technology company that helps minimize risk in clinical trials, where he led its data and analytics business after serving as the company’s chief strategy officer. Prior to ERT, Coman founded the Digital Patient business at Quintiles (now IQVIA) while also serving as the company’s chief marketing officer.