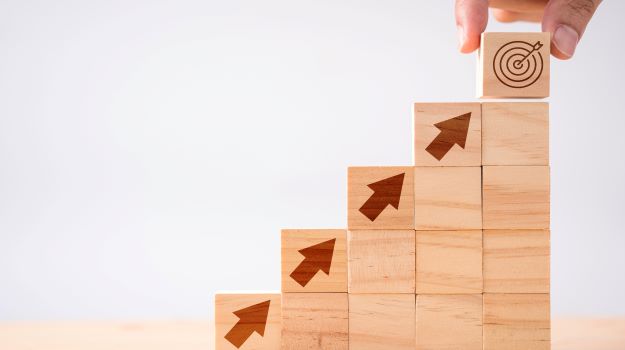 Biopharma and life science companies strengthen their leadership teams and boards with these Movers & Shakers. Here's a look!

GSK – Brian McNamara has been named the chief executive officer of GSK Consumer Healthcare, a joint venture between GlaxoSmithKline and Pfizer. The consumer division will spin off from GSK’s pharma division when the company undergoes a demerger in 2022. McNamara joined GSK in 2015 after serving as head of the Over the Counter division at Novartis. Since he joined GSK, he has helped guide the company through two joint ventures, one with Novartis and the recent one with Pfizer. McNamara began his career at Proctor & Gamble.

Viridian Therapeutics – Kristian Humer was named Chief Financial Officer and Chief Business Officer of Colorado-based Viridian. Humer spent 20 years on Wall Street, where he most recently served as Managing Director of Banking, Capital Markets & Advisory for the Global Healthcare team at Citigroup, Inc. Prior to Citigroup, Humer served as Vice President of the Investment Banking Division for the Global Healthcare team at Lehman Brothers, Inc.

eTheRNA Immunotherapies – Belgium-based eTheRNA immunotherapies NV tapped Mathieu Lane as president and CFO of eTheRNA Inc., its newly established U.S. subsidiary company. He was most recently at Guggenheim Securities and, prior to this, at Bear Stearns. An organic chemist by training, Mathieu has also worked in lipid-based gene therapy research at Genzyme and in venture capital at SR One.

Umoja Biopharma – Seattle’s Umoja expanded its leadership team with three new hires. Bruce Kerwin was named Senior Vice President of Process and Product Development; Ryan Larson was named Vice President and Head of Translational Science; and Mike Fitzpatrick was named as Vice President of Business Development and Operations. Kerwin joins Umoja from Just Biotherapeutics where he founded the biophysics and drug product design department. Larson joins Umoja after leading the Cell Therapy Product and Analytical team at Bristol-Myers Squibb. He also served as an early member of the Translational Research team at Juno Therapeutics and before that, Thermo Fisher Scientific. Prior to Umoja, Fitzpatrick was managing partner at NINE75. Before that, he was at Bristol-Myers Squibb and ZymoGenetics.

Prokarium – London’s Prokarium named Kristin Albright as its new CEO. She replaces Ted Fjällman, who will continue to support the company as a member of the Board of Directors. Albright joined Prokarium in 2018, most recently serving as Chief Operating Officer. Prior to Prokarium, Albright was an investor at Osage University Partners, where she led several investments into life sciences companies. Earlier in her career, she worked within business development at Emergent BioSolutions and Cangene Corporation. Additionally, Uz Stammberger was named Chief Medical Officer. Stammberger will lead the advancement of Prokarium’s oncology pipeline into the clinic. He joins Prokarium from the Novartis Institutes for BioMedical Research. Prior to his role at Novartis, Dr. Stammberger was a Clinical Lead at Merck KGaA. Earlier in his career, he held various positions at Roche and Boehringer Ingelheim.

SpringWorks Therapeutics -- James Cassidy has been appointed CMO of SpringWorks. Cassidy succeeds Jens Renstrup who is leaving the company. Cassidy joins SpringWorks from Regeneron Pharmaceuticals, where he was Vice President of Oncology Strategic Program Direction. Prior to Regeneron, Cassidy was Corporate Vice President of Translational Development at Celgene. Before that, he was Vice President of Oncology at Bristol-Myers Squibb. Prior to BMS Cassidy held several roles of increasing responsibility at Hoffmann La-Roche, including Global Head of Translational Research for Oncology and Acting Head of the Oncology Therapy Area.

Attralus, Inc. – Jake Bauer was appointed to the board of directors of Attralus as an independent director. Bauer most recently served as Chief Business Officer of MyoKardia, Inc., prior to MyoKardia, Inc.’s acquisition by Bristol Meyers Squibb in November 2020. He also served as Senior Vice President, Finance and Corporate Development and Principal Financial Officer of MyoKardia, Inc. Prior to joining MyoKardia, Inc., Bauer served as Vice President, Business Operations and Head of Corporate Development at Ablexis, LLC. Earlier in his career, Bauer served as a principal at Third Rock Ventures. Bauer currently serves as a member of the Board of Directors for Enliven Therapeutics, Phoenix Tissue Repair, Inc. and Arya Sciences Acquisition Corp V.

Alkahest, Inc. – César Cerezo was named CMO of Alkahest. He will be responsible for leading and providing strategic direction to the clinical development and medical teams. Prior to joining Alkahest, Cerezo served as Vice President and Therapeutic Area Head of Global Medical Affairs General Medicine at Amgen. Before his time at Amgen, Cerezo held numerous roles of increasing responsibility at Pfizer, where he was the Senior Director of Global Medical Affairs for the Bococizumab program before becoming Global Medical Team Leader for Eliquis.

SalioGen Therapeutics – Cambridge, Mass.-based SalioGen bolstered its management team with multiple employments. Sung You will join as Chief Business and Strategy Officer; Nancy L. Craig, will join as Senior Vice President of Genetic Engineering; and Sandeep Nema will join as Senior Vice President of Technical Operations. You currently serves as Managing Partner at PBM Capital. Prior to joining PBM, she served as Vice President in the Healthcare Investment Banking group at Morgan Stanley. In her position at SalioGen, You will guide corporate and clinical strategy, focusing the company’s broadly applicable technology platform toward opportunities where it can offer significant impact as a new tool in the field of genetic medicine. Craig currently serves as Professor Emerita in the Department of Molecular Biology & Genetics at the Johns Hopkins University School of Medicine, where she has directed a research group focused on identifying mobile elements and studied their molecular mechanisms since 1992. She was also an Investigator of the Howard Hughes Medical Institute from 1992-2015.In addition to her role as Senior Vice President of Genetic Engineering and Mobile Elements, Craig will continue to serve as the Chairman of SalioGen’s scientific advisory board. Nema joins SalioGen after a tenure of more than 20 years at Pfizer, where he most recently served as Executive Director of Biotherapeutics Pharmaceutical Science.

Abata Therapeutics – Nagesh Mahanthappa and Valerie Odegard were appointed to the board of directors at Abata Therapeutics. Mahanthappa was most recently the founding employee, president, and CEO of Scholar Rock, Inc., a Cambridge biotechnology company focused on the discovery and development of a novel class of medicines that modulate signaling by protein growth factors to treat musculoskeletal, fibrotic diseases, and cancer. Prior to Scholar Rock, he was the founding employee and VP of Corporate Development at Avila Therapeutics, Inc. and was previously a founding employee of Alnylam Pharmaceuticals where he rose to the position of VP, Scientific &amp; Strategic Development. He also served as Manager, Business Development at Vertex Pharmaceuticals. Odegard is the president and chief scientific officer of Silverback Therapeutics. Prior to Silverback, Odegard served as vice president of research at Juno Therapeutics, where she was responsible for the development of novel cellular immunotherapies. Before her time at Juno, she held research leadership positions at Novo Nordisk and Trubion.

Phase 4 Services – Jonathan Wani of MCR Labs has been tapped as the Vice President of Business Development at Phase 4. He will assist Phase 4 clients with establishing footholds in new and expanding markets.

Peptilogics – Nikhil Bhide was named CBO, Marc Lesnick was named senior vice president of Regulatory and Quality, Jodie Gillon was named head of Corporate Affairs and Advocacy, Albert Fonticiella was named head of People and Steve Kulp was named head of Operations at Peptilogics. Most recently, Bhide was a member of the Business Development team at Merck Research Laboratories. Previously, he was at Allergan in a variety of business development positions of increasing responsibility. Earlier, Bhide worked at Novartis, Genzyme, and RBC Capital Markets in finance and corporate development roles. Lesnick co-founded and served as the Chief Development Officer of Park Therapeutics, where he guided development of their novel pain drug until its acquisition in 2021 by Tris Pharma. Prior to Tris, he served as SVP of Quality and Regulatory Affairs at Spruce Therapeutics, Cascadian Therapeutics, and at Shionogi, Inc. Gillon recently served as Chief Patient Officer and Head of Corporate and Medical Affairs at Abeona Therapeutics. She held similar roles at Novartis, Pfizer, and AstraZeneca, where she served as the head of the Chief Medical Office. Fonticiella was the Vice President of Corporate Services for specialty food company Edwards Marc Brands. Most recently Kulp was the head of corporate operations at Idera Pharmaceuticals. Prior to Idera, Kulp served as Head of Business Systems and Service Strategy at ViroPharma and led the information technology integration with Shire post acquisition.

Excision BioTherapeutics – Lisa Danzig was appointed CMO of Excision. Most recently, she worked with Pandefense Advisory helping various institutions, non-profits, companies, and governments around the world on COVID-19 responses and protocols. In July 2021, Dr. Danzig was awarded Peru’s Order of “Merit for Distinguished Services” at the rank of Grand Official. Danzig previously served as EVP and CMO at infectious disease and travel vaccine developer, PaxVax. Prior to PaxVax, she held senior global roles at Novartis Vaccines and Diagnostics, Inc. Danzig began her industry career at Chiron Corporation, leading the clinical meningococcal franchise team.

Vizgen – Bob Kohsgarian was named vice president of Operations. Koshgarian will be developing and managing Vizgen’s Manufacturing and Supply Chain strategies as part of the market introduction of the company’s highly anticipated MERSCOPE platform.

Valneva SE – Peter Buhler was named CFO of France’s Valneva. He currently serves as CFO of Swiss diagnostics company Quotient. Prior to Quotient, Buhler served as Group CFO of Zaluvida AG and as Group CFO of Stallergenes Greer Plc. Prior to this, he held senior finance roles at Eli Lilly, Merck Serono and Logitech.

CTMA – Arnaud Marcel has been appointed Chief Technology Officer of France-based CTMA. Prior to joining CTMA, Marcel spent a decade working at Capsule Technologies in positions of increasing responsibilities. Most recently, he served as Head of Software Engineering for Capsule, where he was responsible for the delivery and quality of all software developments.

Median Technologies – Christophe Montigny was named CFO of France’s Median. Montigny succeeds Bernard Reymann, who is stepping down after more than eight years with the company. He previously served as financial director and deputy managing director of Biophytis SA.