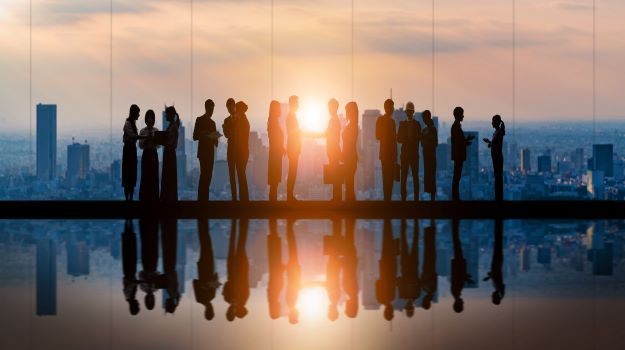 This week’s Movers & Shakers include Scribe, Appia Bio, Chimerix, KemPharm and several others that have seen significant shifts in their C-Suites.

Companies are also planning for the future with the implementation of succession plans. For that and more, continue reading.

Scribe Therapeutics: CRISPR-focused Scribe tapped three new vice presidents for its management team. The company announced that Hoyin (Sunny) Mok joined as vice president of program management; Shilpa Shroff was named VP of process sciences; and, Vera Switek was named VP of talent. Mok joined Scribe from Gilead Sciences, where he most recently held the role of director of project and product management. Prior roles include heading the translational science programs at AstraZeneca and MedImmune. Shroff joined from BioMarin Pharmaceutical, where she was executive director of technology development in process science. Switek joined Scribe from Audentes Therapeutics, where she served as senior director of talent acquisition. She held similar roles at Medivation and BioMarin during her two decades in the industry.

eFFECTOR Therapeutics: Douglas Warner was named chief medical officer and will develop strategies to advance the company’s pipeline. Warner spent 18 years at Amgen in roles of increasing responsibility. His most recent role was executive medical director and group product area lead. Before that, he was the global development lead for several Amgen products, including Vetibix and Xgeva.

Appia Bio, Inc.: Jason Damiano was appointed chief scientific officer. Damiano joins Appia Bio from UNITY Biotechnology, where he was vice president of biology, advancing a diverse portfolio of programs across multiple disease areas. Previously, he was the director of therapeutic antibody discovery and translational medicine at Achaogen and director of biology at Igenica Biotherapeutics. Additionally, the company tapped Margo Roberts, former CSO of Kite Pharma and Lyell Immunopharma, for its board of directors.

MediWound: Robert Snyder was named CMO of Israel-based MediWound Ltd. Snyder is director of clinical research and fellowship director in wound care and research at the Barry University of Podiatry Medicine. Snyder is past president of the Association for the Advancement of Wound Care and past president of the American Board of Wound Management. Additionally, MediWound tapped Nachum Shamir as chairman of the board of directors. Shamir most recently served as president and chief executive officer of Luminex Corporation. He was also president and CEO of Given Imaging.

Romaco: Jens Torkel was named vice president of sales and customer service at the Germany-based company. He succeeds Pietro Tomasi, who will retire at the end of October. Before joining the Romaco Group, Torkel was CEO of Rovema GmbH. During his professional career, he has held numerous top management positions with suppliers to the pharmaceutical industry. Amongst other appointments, he spent many years as managing director of IMA Kilian GmbH & Co. KG, IWK Verpackungstechnik GmbH and Bobst Bielefeld GmbH.

Elypta: Volker Liebenberg was named CMO of Sweden’s Elypta. Liebenberg joins Elypta from Illumina, where he acted as the head of the Medical Affairs team in Europe, the Middle East, and Africa. Volker has previously worked with several other molecular diagnostic companies, including QIAGEN GmbH, Thermo Fisher Scientific Inc., and Epigenomics AG.

Peptilogics: Pittsburgh-based Peptilogics announced two appointments to its executive team. Atul Deshpande was named chief strategy officer and Nicholas Pachuda was promoted to chief operating officer. Deshpande previously served as the CEO of IMMEDIATE Therapeutics, and before that, he was the CSO and head of U.S. operations for Harbour BioMed. He also served as the global operations head for the Dupixent franchise with Sanofi. Pachuda previously served as SVP of portfolio and development at Peptilogics. Pachuda joined Peptilogics in 2020, following 30 years of clinical and business experience, most recently at Johnson & Johnson, where he led External Innovation for the world’s largest orthopedic device franchise.

Evelo Biosciences: Evelo announced the succession plan for Simba Gill, who will transition from his role as president and CEO to chairman of the board of directors. The company is searching to find the next head of Evelo.