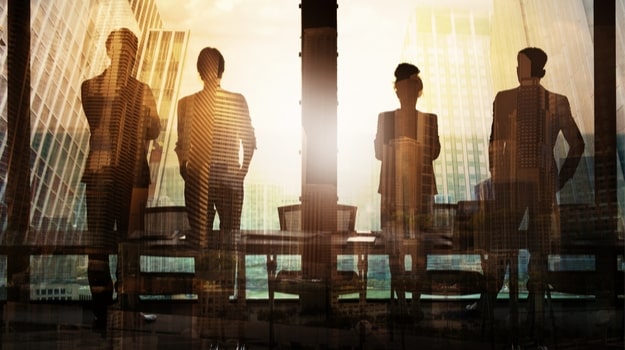 Recce Pharmaceuticals – Philip Sutton was appointed to the Clinical Advisory Committee and named head of the Australia-based company’s Helicobacter pylori (H. pylori) stomach bacteria development program. Sutton previously served as the head of Immunology at CSL Limited in Melbourne. He was chief editor of a textbook on the subject.

Erasca – San Diego-based Erasca tapped Genentech veteran Michael Varney as a member of its scientific advisory board. He will also serve as chairman of the company’s research and development program. Varney will bring his expertise as a drug development innovator and transformative R&D leader to help advance Erasca’s drug discovery portfolio by providing strategic input on portfolio optimization and offering in-depth scientific assessments of the company’s R&D activities.

AskBio – Co-founder and AskBio CSO Jude Samulski was recognized as one of the Triangle Business Journal’s (TBJ) 2020 Life Sciences Award winners. The award recognizes individuals and research organizations at the forefront of innovation in the growing Triangle-area life sciences industry, representing biotechnology, pharmaceuticals, clinical research, human health, medical devices and diagnostics. Samulski was one of four winners. Earlier this month, Samulski was named on of PharmaVOICE Magazine’s Most Inspiring Leaders in Life Sciences.

Humanigen – Edward P. Jordan was named chief commercial officer of California-based Humanigen, Inc. CCO is a new role at the company. Jordan has more than two decades of commercial operations experience at leading biotechnology and pharmaceutical companies, having launched over a dozen products and developed new therapeutic markets in the U.S. and abroad. He most recently served as Senior Vice President of DBV Technologies. Prior to DBV Technologies, Jordan held senior executive roles at AMAG Pharmaceuticals and Teva Pharmaceuticals. Jordan began his career at Schering-Plough, prior to the acquisition by Merck.

City of Hope – Charles Brenner joined City of Hope to lead the nation’s first research department focused on the intersection between cancer and diabetes. Brenner is the inaugural holder of the Alfred E Mann Family Foundation Chair in Diabetes and Cancer Metabolism. As chair of City of Hope’s new Department of Diabetes & Cancer Metabolism, Brenner and his team will focus on metabolic disturbances that underlie diabetes, cancer and their complications. Brenner most recently served as the Roy J. Carver Chair and head of the Department of Biochemistry at the University of Iowa. He previously held faculty and leadership positions at Dartmouth College and Thomas Jefferson University.

National Pharmaceutical Council -- Dan Leonard will step down as president and CEO of the council effective Sept. 4. Leonard served as president and CEO for more than 12 years, during which time he expanded NPC’s policy research and communications capacity, developed and strengthened partnerships with other health care organizations, and moved the organization’s headquarters back to Washington, D.C., from Reston, Virginia. Leonard’s next position will be announced soon. The NPC Board of Directors will soon announce an interim president and CEO.

Varcode – Chicago-based Varcode appointed an advisory board of leading food safety specialists to help guide the company’s long-term growth in the food and beverage, food delivery, and pharma and life sciences industry segments. Members include David A Farcy, chairman of the Department of Emergency Medicine and director of emergency Medicine Critical Care at Mount Sinai Medical Center in Miami Beach; Ben Chapman is a professor and food safety extension specialist at North Carolina State University; and Domenic J. Veneziano, the former director of the Division of Import Operations and Policy for the Food & Drug Administration.

Harpoon Therapeutics – Karin Ann Thacker was named vice president of Regulatory Affairs and Quality Assurance. Thacker joins Harpoon from Gritstone Oncology where she most recently served in the same role. Prior to Gritstone, she served as Senior Director, Head of Regulatory Development, Global Regulatory Affairs at Puma Biotechnology. She has also held positions at Gilead Sciences, Sunesis Pharmaceuticals, Genitope Corporation, Chiron Corporation, and Sanofi Pasteur in roles of increasing responsibility.

Starton Therapeutics – Cidnee Vaykovich was named chief operating officer of N.Y.-based Starton Therapeutics. Vaykovich joined Starton in 2017 and previously served as Director of Operations. In her newly expanded role, Vaykovich will be responsible for overseeing manufacturing and product development, corporate and business development, investor and public relations and human resources.

GeoVax Labs – Mark J. Newman was named CSO of GeoVax. Newman previously served the company as vice president of research and development. He joins GeoVax on a half-time basis. The other portion of his working time will be devoted primarily to his work at NewMark Diagnostics, which he founded in 2016.

Apic Bio – Jorge A. Quiroz was named CMO of Apic. Most recently, Quiroz served as CMO of Solid Biosciences where he was responsible for leading the clinical advancement of its gene therapy program. He also served as a director at Johnson & Johnson Pharmaceutical Research & Development, LLC.

Immunovia AB – Sweden-based Immunovia appointed Patrik Dahlen as its new CEO starting Nov. 1. He succeeds Mats Grahn who has been nominated as a member of the company’s board. He served as CEO of Dako and before that, was president of Life Sciences at Perkin Elmer.

BlueSphere Bio – James Onuffer was named vice president of product development at BlueSphere. In this newly established role, Onuffer will build and manage the product development infrastructure and lead efforts in cellular engineering. Prior to joining BlueSphere Bio, Onuffer served as vice president of synthetic biology and immunology at F1 Oncology Inc., where he led discovery and development efforts in autologous adoptive immunotherapy products and cell manufacturing systems for targeting solid tumors with CAR-T therapies.

Axol Bioscience – Liam Taylor was named CEO of U.K.-based Axol. Most recently he was CFO and then Managing Director of BBI Solutions.

Cymbiotics – Biotech entrepreneur Rajendra Barathur, who rose to Senior Vice President at Hoffmann-La Roche before setting off on his entrepreneurial journey, died. Barathur co-founded the Center for Molecular Biology and Pathology for Hoffmann-La Roche, before going on to co-found two international, diagnostic genetic organizations with the company in California. In 1998, he founded ClinCyte, a company that helped diagnostic and pharmaceutical companies accelerate and reduce the costs of clinical trials. As a member of the executive team, he helped establish licensing ties with international conglomerates, including Panasonic, Menarini, and Sumitomo. In 2002, he founded Cymbiotics and was serving as its CEO in 2017 when he was diagnosed with lung cancer.