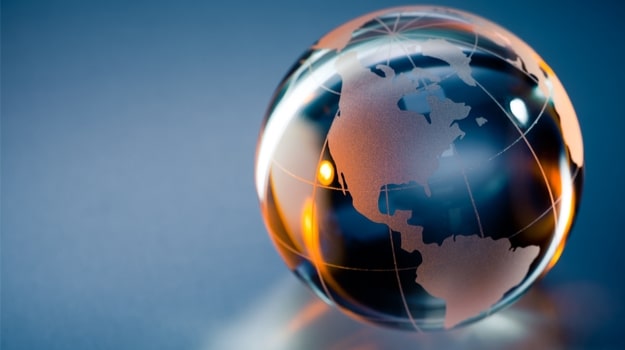 Versantis AG – Switzerland-based Versantis secured a rare pediatric disease designation from the U.S. Food and Drug Administration for its lead product candidate VS-01, an ammonia clearance enhancer, for the treatment of Urea Cycle Disorders (UCD). UCD is a rare and life-threatening condition caused by an inherited inborn error of metabolism. Current treatment options are associated with poor outcomes. VS-01 is an innovative liposomal-based detoxification therapy that acts as a clearance enhancer for a large spectrum of toxic metabolites accumulated during liver and kidney failures. VS-01 could be the first-line medication of choice for acute hyperammonemia in an emergency setting. VS-01 is currently being evaluated in clinical trials in decompensated cirrhotic patients. Versantis recently completed a $16 million Series B financing round and is currently raising new funds to fuel VS-01 clinical development in rare indications, including UCD.

Cyted Ltd. – U.K.-based Cyted acquired Pathognomics Limited, a provider of digital pathology and clinical diagnostic laboratory services. The acquisition will provide Cyted an accredited laboratory environment and digital pathology technology. Cyted and Pathognomics have already worked together to successfully set up and launch diagnostic services for the earlier detection of oesophageal cancer. The companies will now look to scale their combined diagnostic reporting services and infrastructure to further support both existing and future healthcare partners.

Mereo BioPharma – The company received the greenlight from the FDA to begin a Phase Ib/II study of London-based Mereo’s lead oncology product candidate etigilimab. Etigilimab is a novel IgG1 monoclonal antibody against TIGIT (T-cell immunoreceptor with Ig and ITIM domains), a next generation checkpoint receptor shown to block T-cell activation and the body’s natural anti-cancer immune response. The trial is expected to begin in the fourth quarter of this year.

ASLAN Pharmaceuticals – Singapore’s ASLAN announced plans to develop ASLAN003, its next generation inhibitor of dihydroorotate dehydrogenase (DHODH), in autoimmune conditions, such as multiple sclerosis (MS). ASLAN003 is a highly selective and potent inhibitor of human DHODH and has been shown to be more than 30 times more potent at inhibiting the DHODH enzyme in cell free and cell-based assays than the first generation inhibitor teriflunomide. In preclinical studies, ASLAN003 was shown to be efficacious in animal models of MS and other autoimmune diseases.

Aequus Pharmaceuticals – Vancouver-based Aeuus Pharmaceuticals and its partner, Medicom Healthcare, was issued a new Medical Device License for the first of three product submissions made for the Evolve preservative free dry eye product line. The license has been issued for Evolve Intensive Gel intended provide intensive, durable hydration for patients with moderate to severe forms of Dry Eye Disease. The formulation will be made available in an easy-squeeze eye drop bottle, containing 360 drops, and no preservatives, phosphates or buffers.

Hangzhou – China’s Hangzhou Zhongmei Huadong Pharmaceutical Co., a subsidiary of Huadong Medicine Co., Ltd., and ImmunoGen Inc. entered into an exclusive collaboration to develop and commercialize mirvetuximab soravtansine for ovarian cancer and other indications in mainland China, Hong Kong, Macau, and Taiwan. ). ImmunoGen will retain all rights to mirvetuximab in the rest of the world.

Recce Pharmaceuticals – Australia’s Recce Pharmaceuticals received regulatory approval to begin a Phase I/II study trial of its broad-spectrum antibiotic RECCE 327 on patients with infected burn wounds. The study will assess RECCE 327 as a broad-spectrum antibiotic for patients with Gram-positive and Gram-negative bacterial burn wound infections. The trial will involve up to 30 patients to assess safety and efficacy of RECCE 327 before expanding to a comparative effectiveness study based on the data. Over 14 days, 10 patients will receive RECCE 327 daily while a further 20 receive treatment three times per week. Investigators will review the study data for clinical efficacy and toxicity before deciding to expand the trial to assess the compound’s efficacy against the current best standards of care.

Orchard Therapeutics – London-based Orchard Therapeutics announced the Committee for Medicinal Products for Human Use of the European Medicines Agency adopted a positive opinion recommending full, or standard, marketing authorization for Libmeldy, an investigational gene therapy for the treatment of metachromatic leukodystrophy (MLD). The positive opinion will be reviewed by the European Commission, which has the authority to grant marketing authorization for Libmeldy in the European Union. A final decision is anticipated before the end of 2020. If approved, Libmeldy would be the first commercial therapy and first gene therapy for eligible patients with early-onset MLD. MLD is a very rare, severe genetic condition caused by mutations in the ARSA gene which lead to neurological damage and developmental regression. In its most severe and common forms, young children rapidly lose the ability to walk, talk and interact with the world around them. A majority of these patients die during childhood.

Atriva Therapeutics – The European Investment Bank (EIB) backed Germany’s Atriva Therapeutics GmbH with a €24 million financing agreement to facilitate the company’s development and clinical testing of a novel therapy treating severe respiratory infections with RNA viruses. Atriva’s ATR-002, an oral small molecule, has been proven to block the viral propagation of SARS-CoV-2 in pre-clinical trials, making it a much-needed therapeutic option for patients with moderate to severe COVID-19 symptoms who require hospitalization.

Immunic, Inc. – The EIB also backed Germany’s Immunic with a €24.5 million financing agreement. Funds will support Immunic's ongoing Phase II CALVID-1 trial of its lead asset, IMU-838, in patients with moderate COVID-19. In addition, it is also intended to support the potential expansion of the CALVID-1 trial into a confirmatory Phase III trial and the commercial-scale manufacturing for IMU-838, an orally available small molecule. IMU-838 is also being tested in other phase II trials evaluating the use of the drug as a potential treatment for chronic inflammatory and autoimmune diseases, such as multiple sclerosis or ulcerative colitis.

Myovant– Switzerland-based Myovant announced a presentation of data from clinical studies of its once-daily relugolix combination therapy in women with endometriosis and in women with uterine fibroids. Data was presented at the American Society for Reproductive Medicine 2020 Virtual Congress. The additional data supports the company’s vision for a once-per-day oral treatment that provides symptom relief with minimal side effects, potentially allowing for long-term treatment of women suffering from these common chronic conditions.

ViiV Healthcare – Viiv announced positive findings of a pooled analysis of COVID-19-related impacts across the investigational long-acting cabotegravir and rilpivirine clinical development program for HIV patients. The analysis found no antiretroviral therapy interruptions across the entirety of the ongoing clinical development program. When missed visits occurred due to the pandemic, the analysis showed they were manageable and successfully mitigated primarily by switching patients onto short periods of daily oral therapy of cabotegravir and rilpivirine, with good tolerability and no virologic failure or emerging resistance.

Vetter – CDMO Vetter, based in Germany, moved into its new headquarters in Ravensburg.