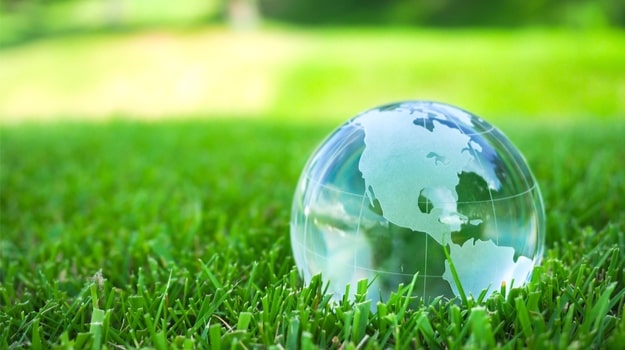 Hutchison China MediTech (Chi-Med) -- Hutchison China MediTech Limited, better known as Chi-Med, announced an amendment to its 2013 collaboration agreement with Eli Lilly regarding the commercialization of Elunate (fruquintinib capsules) in China. Under the terms of the 2020 Amendment, Lilly will maintain the exclusive commercialization rights, and as a consequence, will continue to consolidate the sales of Elunate in China.  Chi-Med will collaborate with Lilly in commercializing Elunate across China. Starting Oct.1, Chi-Med will be responsible for the development and execution of all on-the-ground medical detailing, promotion and local and regional marketing activities in China for Elunate. Lilly and Chi-Med will continue to collaborate, as before, in the formulation and execution of national marketing strategy and events in China for Elunate.

Additionally, Chi-Med announced the China National Medical Products Administration granted Priority Review status to the New Drug Application for savolitinib for the treatment of non-small cell lung cancer with MET Exon 14 skipping mutations. This is the first NDA filing for savolitinib globally and first for a selective MET inhibitor in China.

SignPost Cancer – Canada’s SignPost Cancer Dx Inc. filed a provisional patent for the company’s lead diagnostic test, BreastDefense. SignPost’s goal is to create the world’s most accurate screening test for breast cancer utilizing BreastDefense. BreastDefense is designed to detect all major subtypes of invasive breast cancers from stages 1 to 4. The test has accuracy rates of 98% or higher – almost eliminating false positives (sensitivity) and false negatives, the company said. SignPost intends to develop BreastDefense in both a tissue biopsy and a liquid biopsy format.  The liquid biopsy will help breast cancer survivors monitor remission and can also be used to assist mammographers to greatly improve accuracy with annual breast cancer screening. The tissue biopsy will assist pathologists by improving accuracy in ambiguous cases and help prevent potential misdiagnosis.

Enthera Pharmaceuticals – Italy-based Enthera Pharmaceuticals completed a €28 million Series A financing round. The Series A was co-led by seed investor Sofinnova Partners, a leading European life sciences venture capital firm based in Paris, London and Milan, and incoming investor AbbVie, with further investment from the JDRF T1D Fund (the venture capital fund of JDRF) and several Italian investors including a group coordinated by Banor SIM, a group coordinated by Banca Profilo through Arepo Fiduciaria and Indaco Venture Partners SGR. The €28 million raised is the largest VC-backed Series A funding round for an Italian biotechnology company to date. The Series A marks AbbVie’s first venture investment into an Italian company. Enthera was also the first European investment of the JDRF T1D fund, who previously invested in the Company during its €4 million seed extension funding round in 2018. The proceeds from the Series A financing will be used to obtain clinical proof-of-concept through a first-in-human study of Ent001, Enthera’s lead candidate. Ent001 is the only drug in development with the potential to restore the pancreatic beta cell compartment in type 1 diabetes as well as the original intestine structure in inflammatory bowel disease, in order to re-establish organ function. The funds will also be used to further develop Enthera’s pipeline.

DNA Script – Paris-based DNA Script announced a $50 million extension to its Series B financing, bringing the total investment of this round to $89 million. This oversubscribed round is led by Casdin Capital and joined by Danaher Life Sciences, Agilent Technologies, Merck KGaA through its corporate venture arm, M Ventures — three of the world’s leaders in oligo synthesis — LSP, the Bpifrance Large Venture Fund and Illumina Ventures. Funding from this investment round will enable DNA Script to accelerate the development of its suite of enzymatic DNA synthesis (EDS) technologies — in particular, to support the commercial launch of the company’s SYNTAX DNA benchtop printer. DNA Script will soon begin testing the SYNTAX system with a select group of partners, with plans to launch a beta testing program later this year and take orders for the DNA printer by next year. Over the long term, funding from the Series B financing will enable DNA Script to further develop the company’s core enzymatic synthesis technology — in particular, towards the development of new synthesis platforms — as well as to ramp up its commercial and manufacturing capabilities.

Intravacc -- Netherlands-based Intravacc and Switzerland’s Celonic Group signed an agreement to develop a COVID-19 vaccine based on an immunogenic Spike (S) protein of SARS-CoV-2 combined with Intravacc’s proprietary Outer Membrane Vesicle (OMV) technology. Preclinical studies will start shortly to select the best candidate protein for the vaccine. The collaboration aims to accelerate the development of Intravacc’s COVID-19 OMV protein vaccine, which is expected to enter clinical testing in 2021.

Vico Therapeutics – Also based in the Netherlands, Vico Therapeutics has raised $31 million (€27 million) in a Series A financing round. Vico will use this funding to further advance its late preclinical stage Antisense OligoNucleotides (AON) lead platform for the development of therapies for different forms of Spinocerebellar Ataxia (SCA) and Huntington Disease (HD) into first-in-human clinical trials in late 2021. Its early discovery RNA editing platform is directed towards RETT syndrome. Vico’s lead asset is an investigational AON therapy targeting expanded (CAG) trinucleotide repeats that translate into abnormally long and toxic polyglutamine (polyQ) stretches in proteins that cause a series of neurodegenerative polyQ disorders like Spinocerebellar Ataxia type 1 (SCA1), type 3 (SCA3) and Huntington’s disease (HD). The financing was led by Life Science Partners (LSP), co-led by Kurma Partners, and supported by Pontifax, Droia Genetic Disease, Polaris Partners and Pureos Bioventures and Idinvest Partners.

Avacta Group -- Avacta Group plc announced an expansion of its collaboration and license agreement with Daewoong Pharmaceutical Co. Ltd. and AffyXell Therapeutics, the joint venture established in South Korea by the two companies, to develop stem cell treatments incorporating Avacta’s neutralizing Affimer therapy for the treatment of seriously ill patients with COVID-19 and to also prepare to rapidly develop similar therapies for future global pandemics. AffyXell Therapeutics, the next-generation cell and gene therapy joint venture between Avacta and Daewoong Pharmaceutical, is developing a novel class of mesenchymal stem cell (MSC) treatments that are engineered to also produce Affimer therapies in the patient at the site of action.