Biopharma CEOs on What to Expect at 2021 J.P. Morgan Healthcare Conference 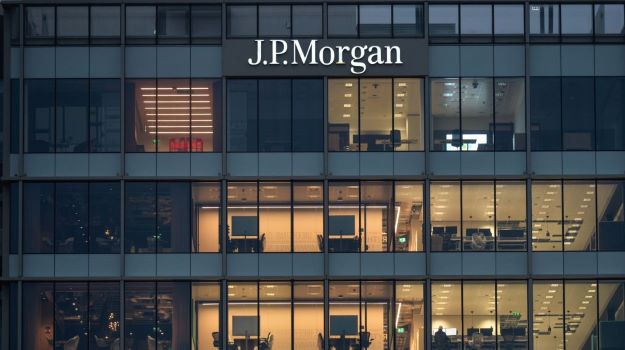 In the months after the closing of the 2020 J.P. Morgan Healthcare conference, the pharmaceutical industry was forced to pivot and adapt to a global pandemic. Despite the challenges faced with lockdowns, social distancing restrictions and developing vaccines and therapeutics for a novel coronavirus, 2020 was still a banner year for the pharmaceutical industry in terms of acquisitions, partnerships and companies that went public.

Much of that is likely to continue in 2021, and the tone will certainly be set at this year’s J.P. Morgan Healthcare conference that kicks off this weekend. Unlike previous years, the conference will not be held in San Francisco, but will take place virtually through video conferencing. The change in format presents some challenges for attendees, particularly with the loss of spontaneous meetings that could set the stage for a potential deal, but in the same vein, could create more opportunity for meaningful interactions. BioSpace spoke to executives from four companies about their expectations for the conference and the coming year.

Using Zoom or other video conferencing platforms became a norm during 2020, and Windtree Therapeutics Chief Executive Officer Craig Fraser believes that will be a boon for companies during the virtual conference. After months of conducting business over virtual platforms, Fraser said it’s now the norm, which has actually increased productivity.

“Being virtual means you have to be more focused and your meetings can be more targeted,” Fraser said.

Virtual presentations have been important to Windtree. Over the past year, the company put on a virtual roadshow for a successful IPO. Fraser said that was an important lesson for the power of the virtual meeting – one that should continue with J.P. Morgan and in the future. He said the industry at large has become successful using the technology to extend their global reach.

While chance meetings in the hallways or on the streets of San Francisco won’t occur during this year’s conference, Fraser said the use of video conferencing will make it easier to set up meetings with investors or other key people because finding a quiet place to meet will not be an issue. In past conferences, space for meetings was at a premium and, in fact, some hotels were charging people for use of tables and chairs in their lobbies.

Fraser went on to note that for small cap companies like Windtree, those meetings that have been and will be planned are likely to be more important because of the time commitment.

“Your dance card may be less full, but it could be more substantive and we don’t have to worry about finding a quiet corner,” Fraser said.

On the other hand, NeuBase CEO Dietrich A. Stephan said he has more meetings scheduled this year because of the virtual format than in previous years. Stephan said he can go from meeting to meeting with the click of his mouse and doesn’t have to factor in the time needed to walk from room to room.

“It’s going to be a net-positive doing this virtually. People are more focused,” he said.

And that focus will be important for NeuBase. One of Stephan’s main goals will be to spread the word about his company’s new class of synthetic medications. During his wall-to-wall meetings, Stephan said he intends to showcase the company’s genetic medicines platform and paint a picture about the transformational possibilities it provides for patients with genetic diseases.

Brad Margus, CEO of Cerevance, agreed about the sense of focus provided by virtual meetings. Although he lamented the lack of spontaneous conversations and meetings that occur during traditional conferences, he touted the efficiency with setting up meetings, conducting business during them and then shifting to another Zoom call.

“It’s like speed dating that could result in a deal,” Margus quipped. “This is outreach week and people are willing to meet with you.”

And those meetings are apt to turn into deals of some kind, whether it be a licensing deal, partnership or an acquisition. Over the past year the capital markets have been strong, and one of the questions looming ahead for 2021 is if that will continue, Margus said. Cerevance raised $65 million in a Series B financing round last year, and while that is sufficient funds to support the company’s ongoing work in CNS disease, Margus said his company will continue to test the capital markets in order to build a “broad and diverse portfolio.”

The J.P. Morgan conference has been a ripe setting for deal-making in previous years, and there is no reason for that not to continue, even as a virtual conference. Longtime biopharma executive Ray Tabibiazar, whose new venture is operating in stealth mode, said the past year of virtual meetings has demonstrated that you don’t need to be physically present at J.P. Morgan to make a lot of deals.

“2020 was a record year for business development and financial deals. Many deals were made with video conferencing, and it’s really focused on people,” he said. Tabibiazar noted though that the human experience will remain important for deal-making.

While Tabibiazar said it may be hard for 2021 to match the past year in the amount of money that changed hands during these different deals, the spree of IPOs, mergers and acquisitions and other deals should continue. However, he said eventually this year or next, a “reckoning” will come with a demand from investors to see whether or not value is being generated from the deals.