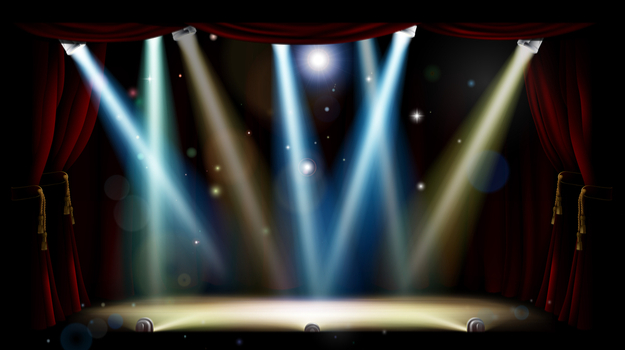 BioMarin Pharmaceutical is taking an aim at hemophilia A with an experimental gene therapy that would restore the blood-clotting factor VIII to patients. For hemophilia patients, the gene therapy could be a potential one-and-done treatment that would put an end to the need for regular infusions of clotting medicines.

But before BioMarin’s gene therapy that used the AAV-factor VIII vector, valoctocogene roxaparvovec, ever hits the market, the California-based company has already taken steps to make its name known among hemophilia patients. Instead of flooding their mailboxes or email inboxes with information regarding the gene therapy, BioMarin went in another direction – musical theater.

Called “Hemophilia: The Musical,” the production follows the story of a group of 25 high school students who have hemophilia A. The musical numbers in the show, which was performed in New York earlier this month, are about the “real and relatable experiences for young people who live with the bleeding disorder,” said Patrick J. Lynch, the Breaking Through! Musical Theater Intensive director. Lynch said that through music, the teens were able to share information about what their lives are like to an audience that may not understand the issues hemophilia patients face and “connect with each other and others in their community in a unique way.”

In a synopsis of the show, released by BioMarin, the teens are “shaped by events in their lives and learn how to embrace who they are and follow their dreams, while living with a bleeding disorder.” The show expresses the idea that although there may be some limitations due to the challenges of the disease, there are “one million things you can do for every one thing you cannot.”

A recording of the six-song performance is available at BreakingThroughHemophilia.com and an interactive release for the musical can be found here.

Hemophilia A is a genetic disorder that is caused by a missing or defective factor VIII, the clotting protein. Approximately 1 in 10,000 people are born with the disease, however, BioMarin noted that about one-third of all cases are caused by a “spontaneous mutation.” Most hemophilia A patients undergo an infusion of factor VIII medications multiple times per week. The bleeding, which often occurs in joints, can cause significant pain and can lead to chronic swelling, deformity, reduced mobility and long-term joint damage.

Multiple companies have already been carving out pieces of the $10 billion hemophilia market. Roche and Bayer each saw Food and Drug Administration approvals this year for Hemlibra and Jivi, respectively. In August Spark Therapeutics announced plans to launch a Phase III trial for its gene therapy treatment SPK-8011, after seeing a 97 percent response rate in 12 hemophilia A patients during a Phase I/II trial.

For BioMarin, its gene therapy treatment may not be ready for the market for several years, but the company is positioning itself for that potential eventuality. Hank Fuchs, president of Worldwide Research and Development at BioMarin, said that being part of the musical is “consistent with who we are as a company and our focus on improving the quality of life for people living with rare disease.”

Jeremy Nobel, a Harvard Medical School faculty member, and founder and president of The Foundation of Art & Healing's UnLonely Project, said that there is an “important connection between creative expression and wellness for people living with chronic conditions, like hemophilia, which can be particularly isolating.”