Biogen’s Alzheimer’s Drug is in the Home Stretch, but Can it Win Approval? 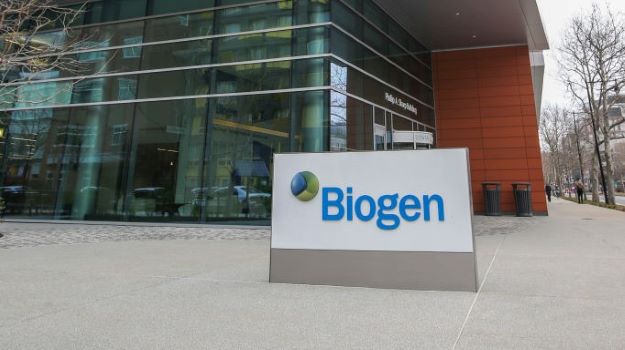 The long and strange journey of Biogen’s Alzheimer’s drug aducanumab is coming to an end. Whether it will be a complete ending—with the U.S. Food and Drug Administration (FDA) rejecting it—or a new chapter, with an approval, remains to be seen. But the target action date for the agency’s decision is June 7, which was moved back from March 7 after the company submitted additional data.

In March 2019, Biogen and Eisai announced they were ending their Phase III trials, ENGAGE and EMERGE, of aducanumab in patients with mild cognitive impairment for Alzheimer’s and mild Alzheimer’s dementia. They were also discontinuing the EVOLVE Phase II trial and the long-term extension PRIME Phase Ib trial. The independent data monitoring committee had conducted a futility analysis and found it unlikely to meet the trials’ primary endpoints.

Then, in October 2019, the companies startled everybody by announcing plans to pursue regulatory approval. The Phase III EMERGE trial hit its primary endpoint, demonstrating a significant slowing of clinical decline. They presented the findings, then submitted to the FDA. The data has its critics, and in November 2020, the FDA’s Peripheral and Central Nervous System Drugs Advisory Committee slammed the drug submission, ultimately voting against recommending the drug.

In a surprising op-ed, the Wall Street Journal today outlined the case for the drug, encouraging the agency to approve aducanumab. The op-ed noted several things. First, they pointed out that the late-stage trial demonstrated that a high-dose regimen of the drug removed 71% of the amyloid plaques that had built up after 18 months.

It also demonstrated a notable impact on progression of the disease. After 78 weeks of treatment, the patients who were on the high dose were 84% “less of a burden to care givers than were the controls.” There was a 91% smaller decline in their ability to prepare a meal and 39% slower reduction in ability to discuss current events.

“In short,” WSJ wrote, “patients treated with high doses of Biogen’s drug were much more independent and capable.”

Critics say it’s a false positive and argue that a second concurrent Phase III trial Biogen ran showed aducanumab did not demonstrate statistically significant benefits in terms of symptoms. In a post-hoc review, however, Biogen explained those differences. Although the studies had almost identical designs, patients in one received the high dose longer, which showed that the benefits increased with time. There was also a peculiarity of randomization. There are what are called “rapid progressers,” or Alzheimer’s patients who deteriorate quickly. In the one study, there were almost twice as many “rapid progressers” in the high dose arm than in the control arm that demonstrated no benefit. Biogen believes that the positive data for many patients who received the drug were partially offset by the rapid progressers.

Biogen and the FDA worked together on analyzing the discrepancies, and in June 2019 the agency said the data could be “considered exceptionally persuasive.”

In general, physicians who treat Alzheimer’s patients are more positive about the possibilities of the drug. Advocacy groups seem somewhat on the fence, which is a bit unusual, and could be a harbinger of a rejection, should the agency take into account a lack of enthusiasm by patients, patient groups and their physicians.

The WSJ also points out that the agency’s advisory panel that recommended against the drug was made up of neuroscientists, but none of them specialize in treating Alzheimer’s patients. They were recommending that the FDA require Biogen to conduct another late-stage trial, which could take five years or more and cost millions of dollars.

The WSJ argues that rejecting the drug “could set back Alzheimer’s drug development by years and discourage investment against an affliction that causes terrible hardship. It would send the signal that the FDA will turn a blind eye to complexity—and that it cares more about its own reputation among certain medical elites than for patients.”

And the WSJ is not the only organization to point out that the FDA has gone out on a limb for certain other drugs that had similar complicated data, but enormous unmet medical need. Notably, Sarepta Therapeutics’ Exondys 31 for Duchenne muscular dystrophy (DMD) in 2016. And that it was Janet Woodcock, then director of the agency’s Center for Drug Evaluation and Research (CDER), who drove that approval. Woodcock is currently the interim commissioner of the FDA.

But analysts, nonetheless, are skeptical. RBC Capital Markets, for example, wrote in a note to investors, “On balance, we continue to see less than a coin flip’s chance of a clean approval,” although they did note an “underappreciated” chance of a limited approval. This could be along the lines of an accelerated-like approval, where it is approved, but the company is required to conduct another study supporting the approval or it could be rescinded. That was the case of the Sarepta approval, although the company has yet to complete the follow-up approval.

In Biogen’s quarterly report, it noted it was preparing to launch aducanumab if approved, and there were more than 600 sites in the U.S. ready to treat patients. Otherwise, it raised its full-year adjusted profit projections. Its drug for spinal muscular atrophy, Spinraza, made up for eroding sales of its multiple sclerosis drug Tecfidera, which is losing market share to less expensive competitors. Tecfidera brought in $3.84 billion in 2020, but in the first quarter, plunged 56.4% to $479.3 million, which nonetheless was higher than Wall Street estimates of $463.37 million. Overall, for the quarter total revenue dropped to $2.69 billion, but exceeded Wall Street estimates of $2.65 billion.