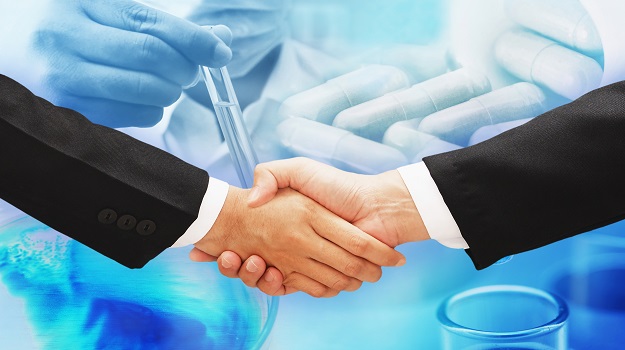 Shares of Ionis Pharmaceuticals are up more than 10 percent in premarket trading after Biogen handed over $1 billion to support a new 10-year collaboration agreement to develop novel antisense drug candidates for a broad range of neurological diseases.

Biogen and Ionis have a goal of diving seven drug candidates into the clinic within the next two years. The two companies are hoping to build on the success of their co-development of Spinraza, the first treatment approved by the U.S. Food and Drug Administration for the treatment of spinal muscular atrophy. That drug generated nearly $900 million of revenue in its first year on the market. Michel Ehlers, head of research and development at Biogen, said during a morning conference call that if the new collaboration with Ionis develops one drug similar to Spinraza, it would likely pay for the deal.

While one Spinraza would be a good result from the 10-year deal, Biogen said it anticipates the deal with Ionis will generate drug candidates for years to come. In addition to the approved Spinraza, Biogen and Ionis also have two antisense drug candidates currently in clinical development.

Under terms of the deal, Biogen will pay Ionis $375 million in upfront money and an equity investment of $625 million to purchase 11,501,153 shares of Ionis common stock at a price of $54.34 per share. Additionally, Biogen will pay potential tiered royalty payments of $125 million or $270 million depending on the indication, the company noted in a power point presentation this morning.

Biogen and Ionis will work together to develop assets RNA-targeted therapies for a host of neurological conditions, including dementia, neuromuscular diseases, movement disorders, ophthalmology, diseases of the inner ear, and neuropsychiatry.

“We believe that this new collaboration will allow us to meaningfully expand our neuroscience pipeline in a way that differentiates Biogen. With the large number of diseases that could benefit from Ionis’ antisense platform, we believe that the time is now to build upon our highly productive collaboration with Ionis as we aim to transform the treatment of neurological diseases around the world,” Biogen Chief Executive Officer Michael Vounatsos said in a statement.

Analysts and investors have been looking for something to broaden Biogen’s platform as much of its future seems to hinge upon the success of its Alzheimer’s disease treatment aducanumab. So far Biogen has seemed confident in the success of aducanumab, even shoring up its potential profit potential in a royalty-rate reduction payment made last year to Neurimmune Holding AG, the company from which Biogen licensed the drug.

Biogen has been making moves though to strengthen its neurological disease pipeline. In March the company acquired Pfizer’s Phase IIb-ready drug to treat several neurological and psychiatric diseases, including schizophrenia. In January the company snapped up some assets targeting neurological and neurodegenerative indications from Karyopharm Therapeutics for $10 million.

With Ionis though, Biogen is looking at the development of potential candidates that can become long-term company pillars. Ehlers said the “transformational success of Spinraza” has given Biogen increased confidence in antisense drugs and their impact on CNS diseases.

Due to the ability of antisense oligonucleotides to directly intervene at the genetic origin of disease, we believe this approach could have a higher probability of success than traditional modalities, with a potentially more efficient development path to more rapidly help patients who suffer from diseases with limited or no treatment options. Our experience with antisense therapeutics makes us believe that they will be the preferred drug modality for numerous genetic diseases and targets of the nervous system,” Ehlers said.