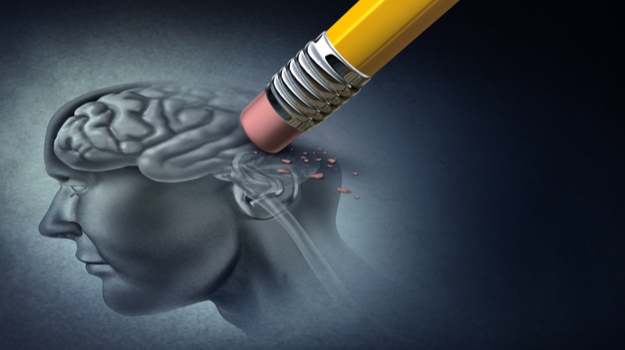 In March 2019, Cambridge, Mass-based Biogen and its collaboration partner, Tokyo-based Eisai, discontinued their global Phase III clinical trials, ENGAGE and EMERGE, of aducanumab in Alzheimer’s patients. Biogen also ended iys EVOLVE Phase II trial and long-term extension PRIME Phase Ib trial of the drug. For many in the industry, it marked the end of what could be called the amyloid-beta era. For several decades, researchers had focused on the prevention and elimination of the accumulation of the protein beta-amyloid in the brains of Alzheimer’s patients. Although the amyloid theory isn’t exactly dead, now most researchers have turned to other approaches after repeated failures with beta-amyloid.

Today marks what is likely to be viewed as yet another nail in the coffin of the beta-amyloid theory. Biogen and Eisai announced they were discontinuing their Phase III trials, MISSION AD1 and AD2, evaluating an investigational oral BACE inhibitor elenbecestat in patients with early Alzheimer’s disease. The Data Safety Monitoring Board (DSMB) ran a safety review and recommended the trials end because of an unfavorable risk-benefit ratio.

The companies’ Phase III elenbecestat program consisted of two global Phase III trials with exactly the same protocols. They were multicenter, placebo-controlled, double-blind, parallel-group Phase III studies to evaluate the efficacy and safety of the drug in a total of approximately 2,100 patients with mild cognitive impairment (MCI) or mild AD, which collectively are dubbed early Alzheimer’s disease. The patients also had confirmed amyloid pathology in the brain.

Patients received either 50 mg of elenbecestat or placebo daily for 24 months. The primary endpoint was the Clinical Dementia Rating Sum of Boxes (CDR-SB).

Another study, the long-term extension of the Phase II clinical trial of elenbecestat (Study 202) is also being discontinued.

The companies plan to continue trials of the anti-amyloid beta protofibril monoclonal antibiody BAN2401 and the Phase III CLARITY AD trial of BAN2401.

“We would like to thank the patients and the families, as well as medical professionals, that participated in the MISSION AD studies,” said Lynn Kramer, chief clinical officer, Neurology Business Group, Eisai. “Without their contributions we would not be able to advance Alzheimer’s disease research. We are very disappointed with the news, and intend to learn from these data and continue engaging with patients and investigators, to pursue the discovery of new medicines for Alzheimer’s disease.”

Although researchers haven’t completely abandoned beta-amyloid as being a component of Alzheimer’s disease, attention and resources are shifting to other aspects of the disease. In particular, new research is suggesting that neuroinflammation and dysfunction of the brain’s immune system are bigger drivers of the disease than amyloid itself.

In a January interview with BioSpace, Rudy Tanzi, Kennedy Professor of Neurology at Harvard University and at Massachusetts General Hospital, said, “I think amyloid and tangles trigger the disease, but they’re not sufficient to cause dementia. In a nutshell, what we’ve learned is that amyloid comes very early, 15 years before symptoms. And all the genetics tells us this disease begins with amyloid.”

Amyloid may kill some neurons, but not enough to create dementia. But the amyloid and tangle-driven neuronal cell death eventually hits a tipping point where the brain’s innate immune system reacts with significant levels of neuroinflammation, leading to more cell death that causes the dementia symptoms.