BIO Chairman: FDA Vaccine Reviews Too Complex and Costly for States to Replicate 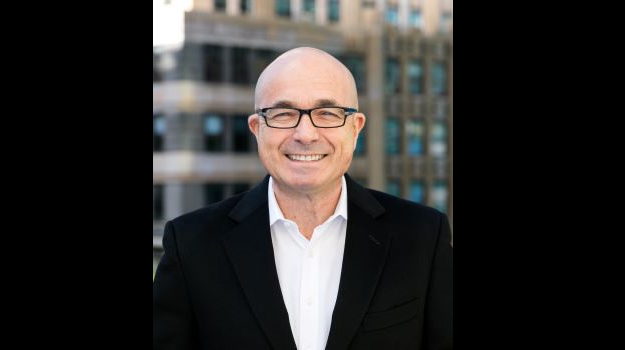 Several states have pledged to review COVID-19 vaccines themselves, after U.S. Food and Drug Administration (FDA) Emergency Use Authorizations EUA), to ensure safety and efficacy. A robust review, however, is unlikely. In reality, if state reviews go forward, they most likely will be cursory.

“To replicate an FDA equivalent review in any state would be extremely challenging and costly,” Jeremy M. Levin, D.Phil., chairman of BIO, told BioSpace. The FDA employs some 17,000 people, “and replicating that in the states seems an extraordinary and unnecessary burden for taxpayers.”

“The question is how much teeth these committees have,” Cody Powers, principal of the services firm ZS, told BioSpace. “They may just review the FDA data around safety and endpoints. Doing more could create consternation in the industry.

“For example, what happens if a state does not approve an FDA-authorized COVID-19 vaccine? In 2014, Massachusetts tried to slap down approval of a new opioid, but its decision was overturned in U.S District Court,” Powers said. “There’s a lot of speculation that if people can’t get the vaccine in one state, they’ll cross the border to another.

“Were the FDA completely free of politics and based on science and medicine, I think there would be real reason to believe none of these states would have stepped in,” Levin said. “Their reaction was that politics was taking over.”

The California workgroup is comprised largely of officials from various departments of health and academic researchers, and New York’s task force is headed by that state’s Department of Public Health. The members of these two groups are experts in their fields, but they also have their usual jobs. Whether they have the expertise and time needed to thoroughly review vaccine clinical trials is questionable.

“Finding and training the people for the FDA already is difficult,” Levin said, “and vaccines aren’t trivial. This is a specialist environment. It will be difficult for the states to assemble the body of experts they need.

“They have to understand preclinical science, all of the safety data in animals, then the safety data presented in humans, clinical trial design, the statistics related to that trial design, the analysis of the populations selected for the trials, and how doses may differ based on the various populations (including age and comorbidities). Then, they have to review the manufacturing environment,” Levin added.

Reviewing biologic vaccines will be even more complicated because of the nature of those vaccines. “It’s rare to find anybody anywhere in the world who can fully review this,” he emphasized.

If the states attempt a thorough review, either it will be complicated and time-consuming, or it will be pointless. Either way, the delivery of necessary vaccines will be delayed.

Consider this. Pfizer just applied for an Emergency Use Authorization (EUA) for its mRNA vaccine. Review is expected to take about three weeks, so the first inoculations could begin as early as December…except in states that plan to review the data themselves.

The FDA won’t comment on expected review times for COVID-19 vaccines, but other drugs receive priority reviews in about six months, or normal reviews within about 10 months of their New Drug Application (NDA) or Biologics License Application (BLA) filing date.

For perspective, last August, Biogen was granted priority review for its BLA for aducanumab, heralded as the first new treatment for Alzheimer’s in a decade. An FDA Peripheral and Central Nervous System Drugs Advisory Committee unanimously voted down the drug in early November, and the FDA is expected to make a final decision in March – nearly five months from now.

How the states will conduct their reviews and their anticipated timelines is unknown.

To quell concerns about the FDA’s lack of transparency, which gave rises to states’ decisions to mount separate reviews, “Five generations of BIO chairmen issued a letter to the FDA, followed by a similar letter from CEOs of the major biopharma companies,” Levin pointed out. Soon thereafter, the FDA made its guidelines for acceptance of a vaccine public. Consequently, “Transparency is much better across the board,” Levin said.

Nonetheless, allowing states to approve FDA-authorized or approved therapeutics separately calls into question the capability of the FDA. As Powers said, “If the FDA – the world’s gold standard for pharmaceutical review – isn’t trusted, that leaves the door open as to whether to trust any other regulatory decisions.”

Clearly, Levin said, “The biopharma industry strongly prefers there be only one industry review.” Multiple state reviews, in addition to FDA reviews, “would make it intractable to introduce new medications, leading to inconsistencies and delays. If small companies (in particular) have to apply to states and the FDA, the cost would be extraordinary and would dampen innovation.

“Bureaucracies have a tendency to expand,” he noted. If states expanded review to additional therapeutics, an untenable situation could emerge in which innovative therapeutics were available in some states but not others. “If the states are serious about independent reviews, BIO will have to have a dialog with the states. “We already have the right bureaucracy: the FDA.”

“The FDA is, and will remain, the Gold Standard for review,” Levin said.