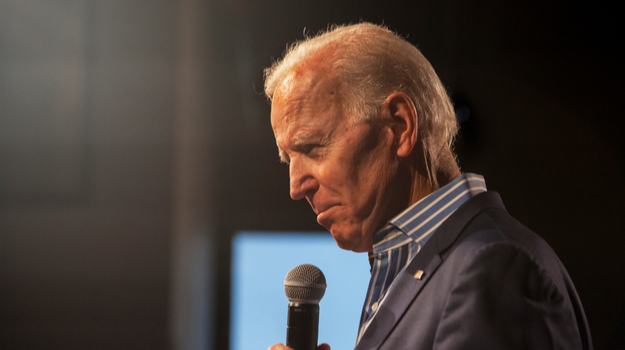 The race for the White House is heating up and as expected, the high costs of prescription drugs will continue to be a central theme for candidates. Two Democratic primary candidates, Vice President Joe Biden and Sen. Kamala Harris announced plans to address the burden of high-cost drugs.

On Monday, Biden, who served as vice president in the Obama White House, announced his plans to lower drug prices that will build on the foundations of the Affordable Care Act. First reported by STAT News, the Biden campaign outlined several points in how to lower drug prices should Biden be elected. Like most candidates, Biden wants to repeal the rules that prevent drug companies from directly negotiating with Medicare over drug prices. He wants the power of the government-funded plan to use its muscle to keep prices low for American seniors.

Another of Biden’s plans would limit the launch prices of new drugs that have no competition and “are being abusively priced by manufacturers.” Biden’s campaign said the VP’s work on the Cancer Moonshot, which was initiated by the Obama White House, provided him with the understanding that “the future of pharmacological interventions is not traditional chemical drugs but specialized biotech drugs that will have little to no competition to keep prices in check.” The Biden plan calls for the Department of Health and Human Services to establish an independent review board to assess the value of a new drug. The board will then recommend a “reasonable price” based on the average price in other countries or, if the drug is entering the U.S. market first, based on an evaluation by the independent board members

The Biden plan also opens up foreign markets for consumers to buy their prescription drugs, calls for limiting price increases on branded drugs and generics for drugs included in the Medicare program and ending the tax deductions that pharmaceutical companies can take for the amount of money it spends on advertising its medications.

Biden’s announcement was made after his nonprofit, the Biden Cancer Initiative, suspended operations. The initiative was launched to continue the efforts of the Cancer Moonshot program, but Biden resigned from his role with the nonprofit when he announced his bid for president, the Washington Post reported. The Biden Cancer Initiative was aimed at prodding companies and researchers to “improve data sharing, clinical trials and cancer-care accessibility,” the Post noted.

This morning, Kamala Harris announced her own plans to lower prescription drug prices should she be elected president. Much like Biden, Harris said she would use the HHS to set a “fair price” for any prescription drug whose price increases annually by more than the cost of inflation, Politico reported this morning. Harris goes further to say that any profit generated from selling a drug above its set price would be taxed at a rate of 100 percent. The proceeds of that taxation would go to consumers as rebates, Politico reported.

Also like Biden, Harris said she would close the tax deduction loophole for pharma company’s advertising cost. Harris is also open to allowing HHS to acquire drugs from Canada, where prices are cheaper.

Perhaps her most aggressive plan though is using the government’s “march in” rights to cense a drug company’s patent to a lower-cost competitor. The march in right allows the government to ignore the exclusivity of a patent and grant additional licenses to other applicants. Harris is not the first to suggest the government use that power to help lower prescription drug costs. The idea has been bandied about for several years by various groups.

President Trump’s administration has been working to lower drug prices as well. It was one of the central points of his 2016 campaign and will likely be so for the 2020 election. However, several of his proposals have hit roadblocks. Last week the White House withdrew its proposal to eliminate drug rebates from government drug plans. That came hard on the heels of a judge ruling that the HHS mandate to require pharma companies to disclose drug list prices in their television advertisements was not enforceable without Congressional authority.