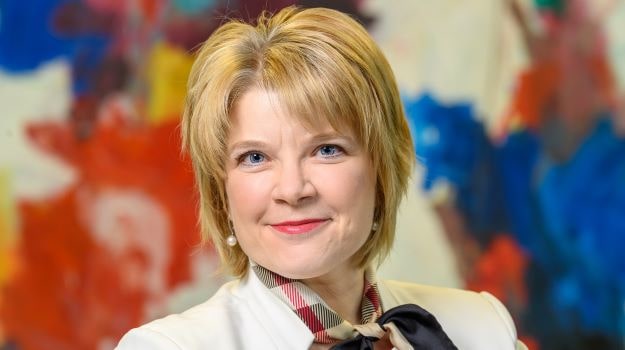 In December, life sciences giant Bayer launched a cell and gene therapy platform within its pharmaceutical division in order to become a leading company within a rapidly emerging and evolving field that offers the potential of life-saving therapies.

The launch of the C&GT Platform is supported by a number of collaborations and acquisitions the Germany-based company made over the past year, including the October acquisition of AskBio's AAV-based gene therapy pipeline, as well as its 2019 deal for BlueRock Therapeutics and that company’s induced pluripotent stem cells (iPSC) platform.

Also in December, the company partnered with Atara Biotherapeutics to develop off-the-shelf T-cell immunotherapies for high mesothelin-expressing tumors. While these are three companies considered key to the future of Bayer’s C&GT Platform, the company is not done fleshing out this new area. Marianne De Backer, Head of Business Development & Licensing in Bayer’s Pharmaceuticals Division, said the core pieces of the platform are in place, but noted there are other areas left to explore in the rapidly evolving space.

In an interview with BioSpace, De Backer outlined Bayer’s thought process for opening its purse strings and diving into the deep end of the cell and gene therapy space.

The roots of Bayer’s platform began in 2014, when the company stepped into the gene therapy space through a collaboration for hemophilia A with Dimension Therapeutics, which was later acquired by Ultragenyx in 2017. Although that never panned out as hoped, Bayer still saw significant potential in cell and gene therapy. De Backer said last year, the company decided it was time to heavily invest in this area.

“We analyzed where we wanted to play to become a leader in the field,” De Backer said from Germany. “There is an incredible unmet need in some diseases that can only be addressed through cell and gene therapies.”

As a result, the company settled on four areas of focus – iPSC, allogenic CAR-T, genome mutations and gene editing. In order to make a big impact in these areas, De Backer said it was important to find pioneers in the field and bring them into the fold. The company flexed its M&A muscle and has done precisely that with its three announced partnerships. Each of the companies met strict criteria that includes assets in clinical development, an industry-leading platform and in-house manufacturing capabilities.

“We have set the bar high. We wanted to come up with a deal that had pioneers in the field,” De Backer said.

She added she was incredibly happy to secure deals with these companies, noting that the core pieces are in place for the C&GT Platform. However, she said the company wants to strengthen its position in gene editing.

Although Bayer has been and will continue to seek out companies to acquire and forge strategic partnerships with, De Backer said part of the company’s strategy is to keep the companies at arm’s length, rather than fold them into Bayer’s own operations.

“We want them to focus on their science and make sure they keep their entrepreneurial culture,” De Backer said, describing the company as a “docking station” for its subsidiaries and partners.

Collaborative agreements will be a key for the company’s strategy in this space. De Backer said the past 10 months of the global pandemic has shown how important a cooperative landscape is to the development of promising new treatments. She touted the speed of vaccine development this past year and said that type of laser-like focus has proven drug development is prime for this kind of disruption.

“The silver lining of this pandemic has shown that we can do things differently,” De Backer said.

In addition to cell and gene therapy, De Backer said digital technology will also be a key focus for Bayer. Machine learning and artificial intelligence will bolster drug design programs and help spur that kind of innovation in drug discovery De Backer anticipates. An ongoing partnership with Recursion Pharmaceuticals is expected to lead to new development for fibrotic disease treatments.

De Backer said Recursion’s purpose-built artificial intelligence-guided drug discovery platform is the kind of tool Bayer hopes to harness to benefit patients across multiple indications. Despite all of the cutting-edge technologies now at in its arsenal, De Backer said the patients remain the company’s priority. It is the patient who they ultimately serve, she said.