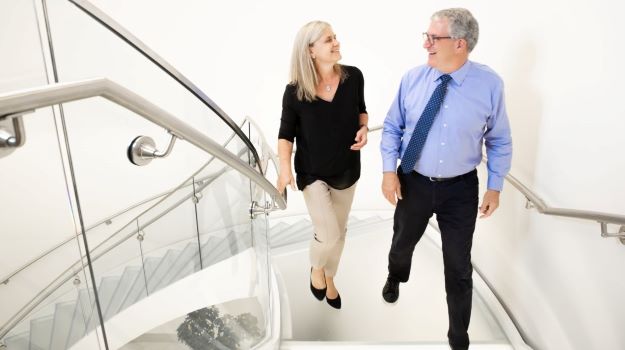 The value proposition for Atavistik Bio is based on linking a deep understanding of metabolite-protein interactions and their potential to lead to novel drugs that will restore protein function in metabolic diseases and cancers, and investors are buying in to the tune of $60 million.

The Series A financing, announced by the Cambridge, MA-based biotechnology company on Tuesday, was led by The Column Group with participation from Lux Capital and Nextech Invest, Ltd. The syndicate clearly believes that Atavistik’s drug discovery platform and structure-aided drug design capabilities applied to genetically validated targets will lead to new medicines inspired and empowered by nature’s own allosteric control.

“Atavistik has positioned itself at the forefront of allosteric regulated metabolic drug discovery, a novel and exciting new area of drug discovery and medicine, that has immense potential,” said Tim Kutzkey, managing partner at The Column Group and an Atavistik Bio board member.

Atavistik emanated from the work of co-founder Jared Rutter, Ph.D., a professor of biochemistry at the University of Utah, whose research into novel protein metabolite interactions has led to the identification of novel allosteric regulatory sites for proteins suspected in the underlying causes of a number of diseases. This, coupled with the work of prominent medical geneticist and human metabolic specialist, Dr. Ralph DeBerardinis, and the intellectual capital of the Howard Hughes Medical Institute, led to the company’s founding earlier this year.

While the scientific founders will stay on in an advisory role, the company will be led by equal intellectual gravitas. John A. Josey, Ph.D., formerly the chief executive of Peloton Therapeutics, which was acquired by Merck in 2019, will act in the same role at Atavistik.

“Our unique approach marries a validated platform with structure-aided drug design capabilities and cutting-edge insights into the regulation of metabolic systems, which will be applied to genetically validated targets in metabolic disease and cancer,” said Josey, who is also a venture partner at The Column Group.

Marion Dorsch, Ph.D., a leading scientist, and biopharma executive with more than 20 years of experience in oncology, inflammation and rare genetic diseases, will serve as president and chief scientific officer. Dorsch, whose drug discovery work has led to the accelerated approval of multiple drugs in the oncology space, was previously the CSO at Blueprint Medicines.

“Our technology was founded by a leading metabolism expert and validated by the discovery of numerous known and novel metabolite-protein interactions. We look forward to building on this technology and utilizing our drug discovery platform to identify first-in-class drug candidates,” Dorsch said.

Kutzkey expressed his confidence in the executive team.

“The company is built around Marion’s drug-discovery expertise and successful track record of bringing experimental medicines to market quickly,” he said. “She will be joined by a team of experts in metabolism and a robust investment syndicate that will support Atavistik’s scientific focus.”