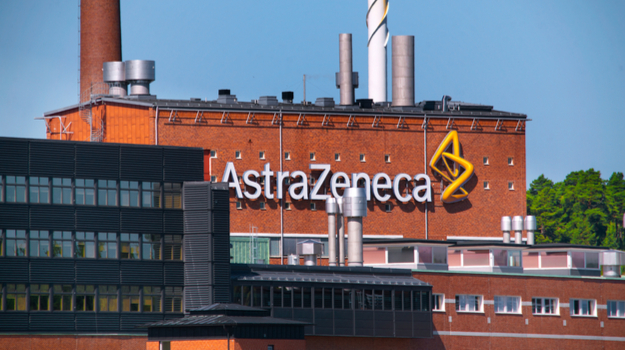 An ADC is a chemotherapy agent attached by a molecular linker to an antibody focused on a specific cancer marker. This way, the antibody delivers the toxic chemical directly to the tumors, minimizing the effects of the chemotherapy on healthy cells.

Under the terms of the deal, AstraZeneca is paying Daiichi Sankyo an upfront payment of $1.35 billion. Half of that figure is due on execution, with the rest payable 12 months later. Various milestone payments could hit up to $5.55 billion—$3.8 billion in regulatory milestones and $1.75 billion in sales-related milestones.

They will split development and commercialization costs worldwide. Daiichi Sankyo will retain exclusive rights in Japan. Daiichi Sankyo would oversee sales for the drug in the U.S., certain European countries and other markets where it has affiliates. AstraZeneca could handle sales in all other worldwide markets, including China, Australia, Canada and Russia.

“We believe that trastuzumab deruxtecan could become a transformative new medicine for the treatment of HER2-positive breast and gastric cancers,” stated Pascal Soriot, chief executive officer of AstraZeneca. “In addition, it has the potential to redefine breast cancer treatment as the first therapy for HER2-low expressing tumors. It also has the potential to treat other HER2-mutated or HER2-overexpressing cancers, including lung and colorectal cancers. We are proud to be working with Daiichi Sankyo, a long-term collaborator of AstraZeneca in other disease areas.”

Takashi Akahane, a senior analyst at Tokai Tokyo Research Center, told Reuters, “My impression is the upfront payment is particularly large. It’s a sign that AstraZeneca assumes the drug will become mainstream in the next generation.”

Daiichi Sankyo is putting much of its efforts into oncology with the goal of bringing in $4.52 billion in annual sales from its cancer portfolio in fiscal year 2025, up dramatically from $180.6 million in 2017.

“Trastuzumab deruxtecan is the flagship asset in our oncology pipeline created by our relentless pursuit of science and technology, the most important strengths of our company,” stated George Nakayama, representative director, chairman and chief executive officer of Daiichi Sankyo. “Through the strategic collaboration with AstraZeneca, a company with a wealth of global experience and expertise in oncology, we will combine our respective skill sets to maximize the value of trastuzumab deruxtecan and accelerate the establishment of our global oncology business.”