Astellas Buys Audentes for $3 Billion to Expand into Gene Therapy 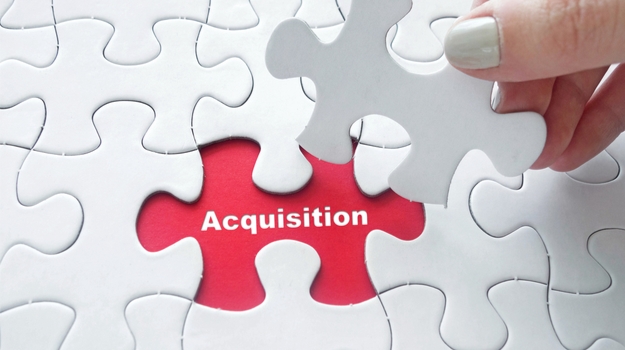 Tokyo-based Astellas Pharma announced plans to acquire San Francisco-based Audentes Therapeutics for $60 per share in cash, a total equity value of about $3 billion.

Under the terms of the deal, which both companies’ boards have unanimously approved, Astellas will buy Audentes through Asilomar Acquisition Corp., a wholly-owned subsidiary of Astellas US Holding. The offer represents a 110% premium of Audentes’ closing share price of $27.61 as of December 2.

The merger is an effort on the part of Astellas to strengthen its genetic medicine and gene therapy business. Hidemaru Yamaguchi, an analyst with Citi, wrote in a note for clients that it was a positive move for Astellas because Audentes had “cutting-edge gene therapy modalities. We thought it was only a matter of time before Astellas entered the gene therapy market.”

As part of the deal, Astellas gains access to Audentes’ AT132, which is being developed for XLMTM, a life-threatening, rare neuromuscular disease marked by extreme muscle weakness, respiratory failure and early death. It also picks up a pipeline of possible best-in-class genetic therapies for rare neuromuscular diseases with Audentes’ AAV gene therapy technology platform, in-house large-scale cGMP manufacturing capabilities and expertise in neuromuscular drugs. It expects to file for regulatory approval for AT312 in mid-2020.

The disease, however, affects only about 40 boys in the U.S. each year. Assuming a maximum price tag—consistent with other approved gene therapies—of about $2 million, that would only generate about $80 million in annual revenue. As such, Stephen Barker, an analyst with Jefferies, notes that, “The $3 billion acquisition price is therefore more likely to be mainly predicated on the firm’s technology platform and manufacturing capabilities.”

“Recent scientific and technological advances in genetic medicine have advanced the potential to deliver unprecedented and sustained value to patients, and even to curing diseases with a single intervention,” said Kenji Yasukawa, president and chief executive officer of Astellas. “Audentes has developed a robust pipeline of promising product candidates which are complementary to our existing pipeline, including its lead program AT132 for the treatment of X-Linked Myotubular Myopathy (XLMTM). By joining together with Audentes’ talented team, we are establishing a leading position in the field of gene therapy with the goal of addressing the unmet needs of patients living with serious, rare diseases.”

This is only the most recent of several deals by Japanese biopharma companies in the last year. Most recently, Asahi Kasei Corp. acquired Denmark’s Veloxis Pharmaceuticals A/S for about $1.3 billion. Takeda Pharmaceutical Co. closed on its $62 billion acquisition of Shire Plc.

The deal is the second largest for Astellas after its $3.8 billion acquisition of OSI Pharmaceuticals in 2010.

Astellas currently has four Primary Focus Areas, urology, immunology (transplantation), cardiology, and infectious disease. The company indicates that the fifth, with this acquisition, will be Genetic Regulation, with gene therapy viewed as a key driver of future growth.

“We are very pleased to enter into this merger agreement with Astellas,” said Matthew R. Patterson, chairman and chief executive officer of Audentes. “With its focus on innovative science and a global network of research, development and commercialization resources, we believe that operating as part of the Astellas organization optimally positions us to advance our pipeline programs and serve our patients.”