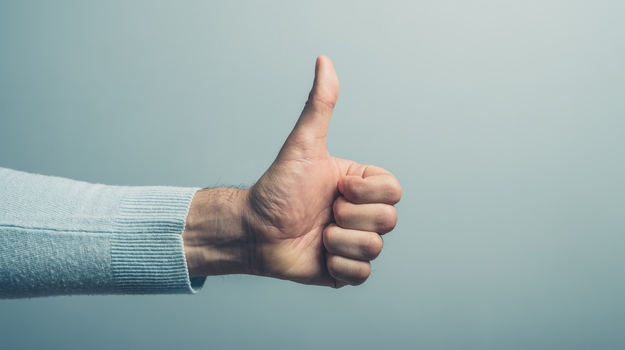 Efgartigimod is showing positive results in the phase III trials.

Argenx, based in Breda, the Netherlands and Ghent, Belgium, announced positive topline results from its Phase III ADAPT clinical trial of efgartigimod for Myasthenia Gravis (MG).

MG is a rare and chronic autoimmune disease marked by IgG antibodies disrupting communication between nerves and muscles. It results in potentially life-threatening muscle weakness. If it affects the muscles responsible for breathing, it can be life-threatening.

In the trial, 67.7% of AChR-Ab+ patients receiving efgartigimod hit the primary endpoint compared with 29.7% of the placebo cohort. The primary endpoint was percentage of responders on the Myasthenia Gravis Activities of Daily Living (MG-ADL) score among acetylcholine receptor-antibody positive (AChR-Ab+) generalized myasthenia gravis (gMG) patients. Responders were defined as having at least a two-point improvement on the MG-ADL score for at least four consecutive weeks.

Efgartigimod is a first-in-class antibody fragment that reduces IgG antibodies and blocks the IgG recycling process. It binds to the neonatal Fc receptor (FcRn), which is widely expressed throughout the body and has a central role in rescuing IgG antibodies from degrading.

“The efgartigimod data showed rapid and robust responses in people with gMG, as well as a favorable tolerability profile,” said James F. Howard Jr., professor of Neurology, Medicine and Allied Health, Department of Neurology, The University of North Carolina at Chapel Hill School of Medicine and principal investigator of the ADAPT trial.

Howard went on to say, “Patients with this devastating disease can experience chronic and potentially life-threatening muscle weakness that has a major impact on their quality of life, and more treatment options are needed. These data are very encouraging as they show efgartigimod has potential to make a meaningful impact on daily living activities, and we are hopeful they will lead to a new treatment being available for the gMG community.”

The Phase III ADAPT trial was a randomized, double-blind, placebo-controlled, multi-center, global trial. A total of 167 adults with gMG in North America, Europe and Japan were enrolled. Patients were on a stable regimen of at least one gMG regimen before the trial, including acetylcholinesterase inhibitors, corticosteroids or nonsteroidal immunosuppressive drugs.

They were randomized 1:1 to receive efgartigimod or placebo for 26 weeks as part of the primary trial. The trial was designed to allow individualized treatment with an initial treatment cycle followed with a variable number of follow-up treatment cycles. After the 26-week period was over, patients were eligible to roll-over into an open-label extension trial, ADAPT Plus.

“With the ADAPT trial, we set out to evaluate efgartigimod’s ability to redefine the treatment paradigm for people living with gMG,” said Wim Parys, Argenx’ chief medical officer. “The data showed that efgartigimod drove fast and deep responses, including in a proportion of patients who achieved minimal or no symptoms after treatment. In addition, we saw responses that lasted beyond eight or 12 weeks, supporting our plans to offer individualized dosing schedules that are purpose-fit to the variability in disease course that gMG patients experience.”

The company plans to submit a Biologics License Application to the U.S. Food and Drug Administration (FDA) before the end of the year, with hopes of making the drug available to patients sometime in 2021.

Aside from various steroids, immunosuppressants, acetylcholinesterase inhibitors, the most recent treatment for MG is Alexion’s Soliris. Other companies working on FcRn inhibitors for MG include UCB’s rozanolix-izumab, Momenta Pharmaceuticals’ nipocalimab, Immunovant’s IMVT-1401, and Alexion’s ALXN1830.

Analysts with Stifel wrote in a note, “Overall, we think the likely speed of onset and definitely the safety of efgartigimod compares extremely well to standard of care therapies, such as IVIG and PLEX, which have rapid onset but are notorious for their safety issues.”