Are Diversity and Inclusion Part of Your Organization’s Culture? 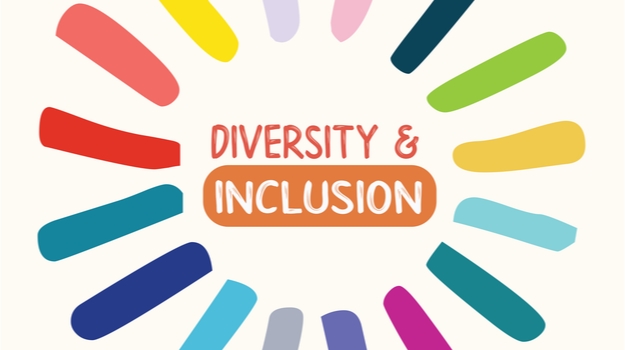 In the United States, an organization’s culture has been at the forefront of talent attraction and employee engagement initiatives for more than a decade. No matter the size, location or industry, companies have scrambled to up their game when it comes to internally and externally communicating their “culture.”  There is no consistency in what constitutes a workplace’s culture message and it can be articulated anywhere from one sentence to hundreds of pages, depending on the organization.

Diversity figures prominently in today’s company cultural messages. In general, organizations have prioritized communicating their commitment to and belief in a diverse culture. However, the average team member is unlikely to know what that actually entails within their workplace. And, in many cases, it’s not clear if leadership fully understands and exemplifies a true diversity, let alone inclusive, culture.

Corporate culture is “the set of shared attitudes, values, goals and practices that characterizes an institution or organization” according to Merriam-Webster. While this is accurate in the broadest sense, workplace culture is highly complex and anything but static. In all but the smallest organizations, culture can have several layers including within a department or workgroup.  Many progressive organizations are recognizing the influence of these layers and are investing time and resources into defining and instituting work unit cultures. Depending on company size, team members could be within several rings of workplace cultural expectations.

The premise of defining a corporate culture is alignment. It’s been a long-held belief that groups who hold similar visions of outcomes are more likely to meet or exceed shared goals.  Focusing two or more people on a particular result valued by all, in theory, reduces the drag generated from any form of internal differences or conflict. However, the contributing traits associated with levels of success can often be misidentified as specific similarities within the team.

Most organizations openly portray an idyllic vision of their culture. Unless otherwise substantiated it can be difficult to determine if a company’s culture statement aligns with its true business conduct. However, it’s becoming increasingly important to advertise a positive workplace culture to attract both job seekers and customers.

Publicizing or declaring a specific culture as part of the recruiting process has become a way of drawing people with attributes that are associated with past success. Many companies are also beginning to capitalize on popular workplace cultural trends. Broad flexibility such as offering telecommuting and unlimited paid time off is just one example.  Being open to or offering a diverse work environment has been at or near the top of the corporate culture mantra list for years; inclusion has been added to further distinguish a company’s commitment. The question remains, however, are these organizations truly acting within the spirit of diversity and inclusion?

The term Workplace Diversity has its primary roots in Affirmative Action and Equal Employment objectives. In its infancy, workplace diversity was first associated with race, gender and color, then with additional protected classes including religion, national origin and age. As awareness and public voice have evolved, more groups have been legally protected including those with mental & physical disabilities and individuals who identify LBGTQ. Over time, reductions in overt discriminatory hiring and workplace diversity have overlapped to the point where people can confuse anti-discrimination efforts with successful modern day diversity and inclusion.

According to Britannica.com, the definition of assimilation is “in anthropology and sociology, the process whereby individuals or groups of differing ethnic heritage are absorbed into the dominant culture of a society.”  Hiring people who identify or align with specific characteristics (physical, cultural, social, or experiential) can technically “diversify” a company’s workforce by legal definition.  However,  a company’s culture is not “inclusive” based solely on a percentage of the employees with certain identifiable characteristics.  If the extent of diversification initiatives is being mindful of certain characteristics during the selection process, then it can only be considered assimilation, not inclusion.  Inclusion, at its most basic,  is about impartial footing -  being seen, being validated, being respected for experience and perspective – at the minimum level afforded to all others' inequitable standing.

Diversity – What It Means In Today’s Workplace

A multitude of studies, including one in 2011 by Scott E. Page, Ph.D., a professor of complex systems, economics and Political science at the University of Michigan, consistently validate the value of diversity. Dr. Page proved mathematically that groups with diverse knowledge skills and experiences will always outperform homogenous groups.

Not all statistics are theoretical. A study by the Boston Consulting Group (BCG) which spanned 1700 companies and 8 countries concluded that diversity increases financial performance by an average of 19%. More importantly, this study found that rather than focusing on a specific type or area of diversity, focusing on creating teams that have multiple areas of diversity has more value.  (The full report of this study can be found here: https://www.bcg.com/en-us/publications/2018/how-diverse-leadership-teams-boost-innovation.aspx)

Remaining competitive requires innovation, insight, and agility in today’s marketplace. Diversity of ideas and approaches are core to viability and growth. Studies are showing a correlation between an inclusive diversity culture and positive results.  Is YOUR organization walking it’s diversity talk or is it leaving money and innovation on the table?