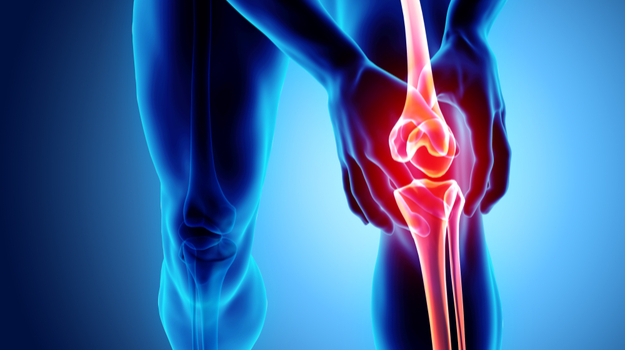 “And we’re almost at the top,” Legault said in an exclusive interview with BioSpace.

Toronto-based Antibe is focused on the development of a new generation of therapeutics for severe and acute pain. The company has combined a high-potency NSAID (nonsteroidal anti-inflammatory drug) with cutting-edge science based on inflammation. The result is the company’s lead candidate, ATB-346, a hydrogen sulfide-releasing derivative of naproxen. NSAIDs, if taken for too long and in too high of a dose, are known to be damaging to the gastrointestinal system. That damage to the GI tract caused by NSAIDS, has been an issue for many decades, Legault said.

“One of the most pervasive problems for the past 50 years is the GI damage caused by NSAIDs. It’s one of the most boring and unsexy problems there is,” Legault said.

Despite those problems to the GI tract, Legault said there are few alternatives. Opioids and NSAIDs combined rule the pain market and each drug comes with its own problems. But, Legault believes that Antibe’s pipeline could provide a solution.

“This is an exciting time. We believe we have made a breakthrough,” Legault said.

The damage was initially understood by John Wallace, who now serves as Antibe’s chief scientific officer. About 20 years ago, he discovered that hydrogen sulfide plays a significant role in inflammation regulation. Currently, ATB-346 is being developed as a potential treatment for osteoarthritis of the knee. Legault noted that the NSAID market is quite broad and believes that, should everything pan out as hoped, ATB-346 could garner multiple indications from regulatory agencies. The company is running a Phase IIB dose-ranging, efficacy study that will establish dosing for a planned Phase III trial. A data readout is expected to be completed later this summer. If all goes well, Legault said the company could initiate the Phase III at the beginning of 2020.

In addition to ATB-346, Antibe has begun to lay the groundwork to move its second hydrogen sulfide-releasing version of ketoprofen, a powerful NSAID. This particular medication has the potential to replace common and addictive opioid-based medications on the market that are used for acute pain. In preclinical animal models, the drug is showing its efficacy, as well as positive safety signals, including no issues with the GI tract. The preclinical asset operates similarly to ATB-346 and as that continues to read out in clinical trials, it provides some potential guidance as to how the preclinical medication could do in human trials. Legault said Antibe has begun its enabling work on an Investigational New Drug Application with the U.S. Food and Drug Administration for its second asset.

“We’re getting quite excited by it,” he said.

As Antibe closes in on becoming a Phase III company with the potential of having a product ready for commercialization, Legault said the company will be looking at potential partnership deals. Legault said Antibe is a small company and does not see itself as a commercial company. He said a partnership with big pharma is a common method for smaller companies. He noted that about 80 percent of drugs come from smaller companies and big pharma comes in to help with commercialization. Legault said the company wants to be best-in-class for its NSAID derivative, which is beyond Antibe’s commercial capabilities. If one of those collaborations happens along, it would not be surprising to see Antibe aim for an IPO. Legault said the company has been considering a listing on the Nasdaq but has not made a decision as to when that could be.

Not only could a large pharmaceutical company help with commercialization, but Legault also said there is great potential for those companies to facilitate potential licensing programs for ATB-346.

“There’s a host of medical problems that has inflammation at its core. Which could open up new invitations for collaborations,” he said.

Legault said the company would use those collaborations to drive research into additional indications for inflammation.

“That’s where we see our future lying,” he said.