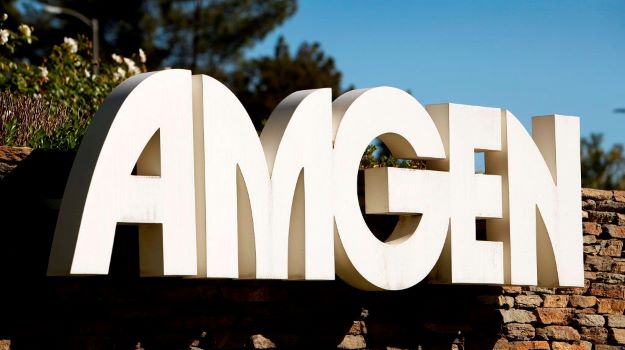 The latest results from two Amgen studies on the viability of Lumakras (sotorasib) for lung cancer demonstrated mixed results. Though the drug was able to slow disease progression, combining it with immunotherapy increased the risk for treatment-related adverse events (TRAEs), specifically high liver toxicity.

The first study, the Phase Ib CodeBreak 100/101 dose exploration trial involving Lumakras plus pembrolizumab or atezolizumab, showed an objective response rate of 29% in the mostly pre-treated non-small cell lung cancer population, or 17 out of 58 participants. However, the combination led to a higher incidence of grade 3 to 4 TRAEs, mainly involving liver enzyme elevations, or liver toxicity, compared to applying Lumakras as monotherapy.

It's not all bad news, though. Lead-in cohorts showed lower rates of grade 3 to 4 TRAEs and discontinuation compared to concurrent participants. In addition, almost all of those that logged high TRAE grades not only did so outside of the 21-day dose-limiting toxicity window, but they were later resolved. Half of the participants were lead-ins, which means that patients had received Lumakras as monotherapy for either 21 or 42 days prior to the combination dose.

"Insights from this CodeBreaK research show us that while hepatotoxicity events did occur, they tended to appear after the second or third cycle of immunotherapy administration, but all were resolved with appropriate clinical measures. The fact that we saw a median duration of response of 17.9 months and lower rates of adverse events in patients treated with sotorasib as a lead-in to the combination regimen informs our approach for ongoing investigation in the first-line setting," Bob T. Li, M.D., Ph.D., M.P.H., the study's principal investigator who is medical oncologist at Memorial Sloan Kettering Cancer Center, commented.

In the second study, which is another dose exploration trial for the CodeBreak 101, 27 patients with KRAS G12C-mutated tumors were given Lumakras plus escalating doses of RMC-4630. The participants all had a median of three prior lines of therapy, while 41% of them had received KRASG12C inhibitors.

Of the 11 participants, three (27%) had achieved a confirmed partial response while seven (64%) reported disease control. For the six patients who were KRASG12C inhibitor-naive, a 50% objective response rate was observed and six had achieved disease control. There were some TRAEs logged in 63% of the participants, mostly involving edema and diarrhea. The researchers completed the combination dose escalation, with only 22% experiencing grade 3 TRAEs and zero grade 4 or higher cases.

Details on both studies were presented at the International Association for the Study of Lung Cancer 2022 World Conference on Lung Cancer in Vienna, Austria.

In addition to Lumakras, Amgen shared that it has begun its DeLLphi300 clinical trial on tarlatamab in small cell lung cancer. The registrational Phase II study on the drug as a third-line treatment has started enrolling patients, with additional trials to be launched soon, including the Phase Ib DeLLphi-303 study, which will test tarlatamab with the standard of care in first-line SCLC and the Phase Ib study in de novo or treatment-emergent neuroendocrine prostate cancer.

Details will be presented on Aug. 8 at the Novel and Combination Strategies for SCLC oral session at the same event.

"Data that will be presented at WCLC show that tarlatamab has the potential to offer a new approach – binding a novel tumor antigen expressed on a majority of SCLC tumor cells, DLL3, while engaging T cells directly at the site of the tumor microenvironment to activate a better response," Hossein Borghaei, DO, MS, chief of the Division of Thoracic Medical Oncology at Fox Chase Cancer Center noted.