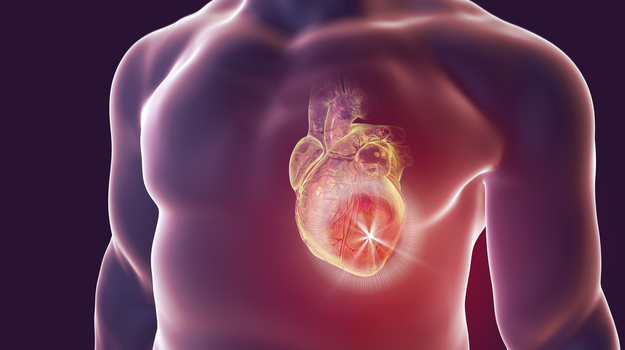 Vascepa is derived from fish—but is not fish oil. It is made up of the omega-3 acid (EPA) in ethyl-ester form and has been designated a new chemical entity by the U.S. Food and Drug Administration (FDA).

The REDUCE-IT clinical trial looked at 8,179 patients, evaluating the effect of Vascepa as an add-on to statins in patients with high cardiovascular risk who, despite stable statin therapy, had high triglyceride levels of at least 135 mg/dL. A big portion of those enrolled in the trial were also diagnosed with type 2 diabetes.

Although lowering triglyceride levels alone in other studies haven’t lowered cardiovascular risk, in this study, Vascepa significantly decreased the first occurrence of primary major adverse cardiovascular events (MACE) by 25 percent and primary plus recurrent MACE by 30 percent compared to placebo. It also seemed to decrease the incidence of a fourth or more adverse events by 48 percent compared to placebo.

In addition to statins, such as Pfizer’s Lipitor, most of the study participants were on other cardiovascular medications, such as blood pressure drugs or blood clot preventers.

The company indicates that the benefits seem to come from multiple effects of the drug, some of which are related to lowering triglyceride levels, but others by other effects.

“With this drug, we are not only preventing that first heart attack, but potentially the second stroke and maybe that third fatal event,” stated Deepak Bhatt, the study’s lead investigator and professor of Medicine at Harvard Medical School and Executive Director of Interventional Cardiovascular Programs in the Heart and Vascular Center at Brigham and Women’s Hospital in Boston. “Prevention of such subsequent cardiovascular events could improve patient outcomes and quality of life and may lower the total cost burden of medical care.”

When the study’s initial data was released in September, company shares rocketed from about $3 per share to over $12. Shares are currently running slightly over $19 per share. The original approval for the drug was to treat patients with very high triglyceride levels. Patients with high triglycerides who also have diabetes are particularly susceptible to recurring heart attacks or strokes.

This additional data analysis showing decreased risks of MACE will likely stimulate sales and possibly create a major competitor to the much more expensive injectable cholesterol drugs, Amgen’s Repatha and Regeneron and Sanofi’s Praluent. Those two drugs have had some difficulties gaining traction in the market because of their high costs.

STAT points out that this secondary analysis is non-standard and after the fact. As a result, the majority of experts will tend to rely on the primary data analysis conducted in September, although Bhatt and others argue that the totality of events needs to be taken into consideration.

Some researchers find the results to be too good to be true. Jennifer Robinson, a professor in the college of public health at the University of Iowa, told STAT, “I think we’re all wondering if it’s real.”

Other scientists expressed concerns over the mineral oil placebo used in the trial, which might have raised c-reactive protein (CRP) levels, a marker of inflammation. There are also worries because no one really understands how Vascepa works to reduce heart attacks and strokes. It doesn’t seem to affect all lipid measurements the way they would expect, such as APO-B.

Robinson, for example, is interested in the results of an AstraZeneca drug trial of Epanova called STRENGTH. Epanova is also an omega-3-related medication already approved for severe high triglycerides. She told STAT, “I hope it’s real. I don’t think we can say anything meaningful until we see STRENGTH.” But she expressed gratitude that Vascepa would be another option for treating patients.

Analysts projected Vascepa sales this year of more than $350 million, hitting $1 billion by 2023.

Bhatt went on to say, reported Benzinga, “This is an impressive degree of risk reduction. From a patient’s perspective—and from my perspective as a physician—we care about repeat events and the risk of surviving a first stroke or heart attack only to go on to have a subsequent, and potentially fatal, event. The degree of benefit that this analysis reveals is quite large, especially considering this is an additional layer of benefit on top of what statin and other therapies have already provided.”