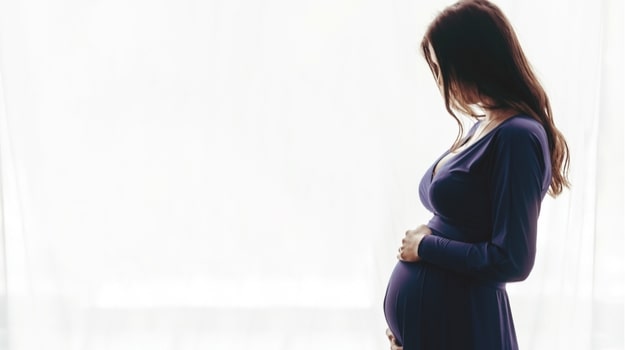 After a disappointing end to a nine year trial, the U.S. Food and Drug Administration (FDA) has officially given AMAG Pharmaceuticals notice of their proposal to withdraw approval of Makena, an injectable progestin treatment to reduce preterm births.

Preterm birth is the most significant cause of infant morbidity and mortality in the U.S. At this time, Makena and approved generics of Makena are the only FDA-approved treatments available for expectant mothers with a history of preterm birth.

“I am concerned that withdrawal of Makena, as well as the generic equivalents, would leave vulnerable women with high-risk pregnancies without access to a safe medication that physicians have relied upon for years, and has previously been shown to be highly effective when studied by the NICHD in a U.S. only population,” Sean Blackwell M.D., Chair of the Department of Obstetrics, Gynecology, and Reproductive Sciences at the McGovern Medical School – UTHealth at Houston.

BioSpace spoke to one of those vulnerable women Blackwell refers to. Melissa, an Ohio native, lost her first child at 24 weeks gestation due to preterm labor that could not be stopped. At that time, she didn't know if she'd ever be able to have another child.

"We were relieved to find a high-risk doctor that was able to give us some hope of extending our next pregnancy to term. When we were expecting our second child, he suggested the use of Makena injections," Melissa told BioSpace. "We didn't hesitate. We were willing to try anything that might increase our chance of a full term pregnancy. I was induced at 37 weeks and we welcomed a very healthy baby boy."

Makena had received accelerated FDA approval in 2011 after the successful conclusion of a single clinical trial. The Meis trial demonstrated a 42% reduction in the rate of recurrent preterm birth with the use of Makena. However, the recent PROLONG trial failed to confirm those original findings. Blackwell believes the reason behind the PROLONG trial failing to prove efficacy is due to it not including enough women at high enough preterm birth risk.

He is not alone in arguing in favor of the positive results of the Meis trial, even in light of the lack of conducive PROLONG results. The American College of Obstetricians and Gynecologists asserted that “PROLONG was underpowered, based on substantially lower observed preterm birth rates than anticipated, and therefore was a false-negative study, rather than the Meis trial being a false-positive study.”

The FDA’s decision to withdraw approval for Makenna comes nearly a year after a committee voted 9-7 to revoke approval based on evidence from the PROLONG trial, suggesting the drug was not effective. Nine voted to “pursue withdrawal of approval for Makena,” and seven voted to “leave Makena on the market under accelerated approval and require a new confirmatory trial.”

Dr. Adam C. Urato, a maternal-fetal medicine physician who testified at the FDA advisory committee in support of pulling approval, said “we are exposing thousands of moms and developing babies to an ineffective drug (or “ineffective synthetic hormone injections”). I was heartened the committee recommended withdrawing the drug, though many experts, obstetricians, FDA watchers, and patients were shocked by this seemingly surprising turn of events. How could a drug that doctors have been injecting into pregnant women for 16 years not be effective? The truth of the matter is that the drug wasn’t effective from the start.”

However, AMAG believes the clinical data on Makena support its positive benefit-risk profile. This notice from the FDA leaves them with the option to proceed with a hearing if they want to keep Makena on the market. If they request within 15 days, the FDA commissioner will consider the request and, if granted, conduct a hearing to decide whether or not they will proceed with withdrawing their approval. The process can take months, and during that time, Makena and its approved generics will stay on the market.

“We disagree with the FDA’s proposal to withdraw Makena without having the opportunity to meet with them to discuss the generation of additional effectiveness data while preserving access for patients to the only FDA-approved treatment option for indicated women,” said AMAG CEO Scott Myers. “We are reviewing our options, including the opportunity to request an oral hearing, and will respond to the agency within the allotted time. We continue to expect the transaction with Covis to close in November 2020.”

Covis is set to acquire AMAG for approximately $647 million.