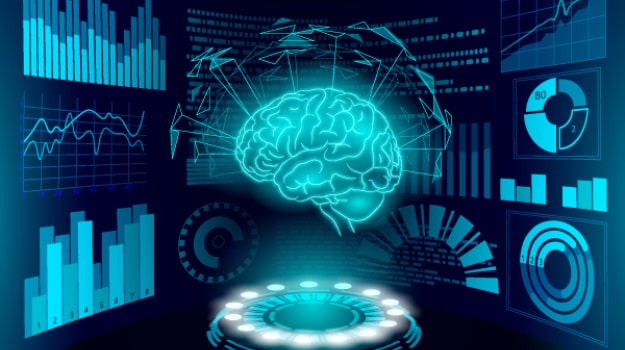 Diagnostics and therapeutics for Alzheimer’s disease are on the verge of becoming mainstream medicine. It’s about time, too. This neurodegenerative disease is creating a crisis in healthcare, with a bill of $300 billion in direct costs and $250 billion in unpaid care provided by families.

Biogen’s submission of a biologics license application (BLA) for aducanumab Wednesday is the leading edge of what could be a tsunami of business opportunities. A joint venture between the Alzheimer’s Drug Discovery Foundation and Bill Gates is accelerating a diagnostic blood test for Alzheimer’s, and there are more than 120 clinical trials underway for potential therapeutics using new or repurposed medicines. If aducanumab is approved, other prospects will emerge soon in the form of memory centers and infusion and imaging centers, speakers at Demy-Colton’s recent Virtual Salon Series predicted.

While these therapeutics and diagnostics move through trials, the idea that there’s nothing we can do for patients unless there’s a cure is daft, panelists agreed.

“We can do as much for Alzheimer’s as for other diseases…except for delivering a little white pill. That’s still on the horizon,” said Howard Fillit, M.D., founding executive director and CSO of the Alzheimer’s Drug Discovery Foundation.

The conversation and the culture surrounding the disease needs to change, because they have huge ramifications not only for patient care, but for clinical trials completion and data collection.

“Nearly 50% of Alzheimer’s clinical trials fail because of a lack of enrollment,” said Mylea Charvat, Ph.D., CEO and founder of Savonix.

“Could the failures be because of the way we study them?” asked panel moderator Phyllis Barkman Ferrell, global head of external engagement for Alzheimer’s disease and neurodegeneration at Eli Lilly & Company. “We know the pathology starts 10 to 20 years before symptoms appear, so what does that mean for our approach to treating Alzheimer’s disease?”

“Alzheimer’s is a complicated disease and without a straightforward mechanism of action, yet researchers have identified risk-related changes in the brain in people in their 40s,” said Craig Ritchie, M.D., director of Brain Health Scotland. “Dementia is said to be silent in midlife, but that’s only because we’re not listening properly. The science is unequivocal, and clinical practice must catch up.”

Ritchie, a world-class expert in dementia, leads the PREVENT project to identify mid-life risks for dementia, and the European Prevention of Alzheimer’s Dementia (EPAD) consortium.

Catching up to the science particularly means diagnosing people earlier.

There are three main challenges to early diagnosis. One is the lack of practitioners. “There are 1,050 board certified neuropsychologists in the U.S. and Canada, and most are researchers who are not treating patients,” Charvat said.

“The second is the lack of diagnostic tools developed for clinicians,” she continued. “You can use something designed for clinical care for research, but not the reverse. They’re absolutely different.” To be adopted, tools require clinical support, integration into the caregiver workflow, and reimbursement. “You have to build an end-to-end pathway to support a diagnosis. Most of the tools that failed did so because they were designed for research and didn’t work in clinical care.”

Researchers and clinicians also need to use more effective diagnostic tools. For example, Charvat said, “Two years before Alzheimer’s typically is diagnosed, a diagnostic memory test identifies 20% of those who later develop the disease, but an executive function test identifies 60%.”

Therefore, clinicians need to consider executive function – abstract reasoning, the ability to plan, emotional control, and personality changes – as well as considering the patient’s history, other diseases, comorbidities, B12 deficiencies, lifestyle, and other factors.

The third challenges is fatalism.

“We’re fighting diagnostic and therapeutic nihilism,” Fillit said. “These tests are available, but they’re not being used. Doctors ask why they should bother diagnosing a patient if nothing can be done, but people need care, advice and counseling, referrals to social services, and physical therapy.”

Providing those services is where medical professionals can make an impact today on the quality of life.

Preventing Alzheimer’s disease is possible, and should be addressed, Ritchie added. “What people do early and in mid-life to maintain brain health helps prevent dementia in late life.” Even at age 40, making lifestyle changes can reduce the risk of Alzheimer’s by 41%.

There’s a business opportunity associated with that approach. It’s centered around using artificial intelligence (AI) to identify biomarkers that correlate to Alzheimer’s disease and lifestyle activities that can be shown to prevent it or delay onset.

Vast quantities of data already exist, including the 71 years of data from the Framingham Study (which traced neurocognition as well as heart disease) reported in the American Journal of Managed Care and many other journals, and the cognitive lifestyle index study and the cardiorespiratory fitness study published in the Lancet.

The goal is to develop what Charvat calls “a blood pressure cuff for the brain.” She’s talking about a way to get a brain health number from meaningful cognitive tests and to make that technology affordable and available throughout the world, not just in leading medical centers, but also in community care centers in rural communities and developing nations.

As precision medicine advances, “There are good opportunities for developing a comprehensive approach, like there is in cancer,” Fillit said. The question is how healthcare entrepreneurs will develop them.