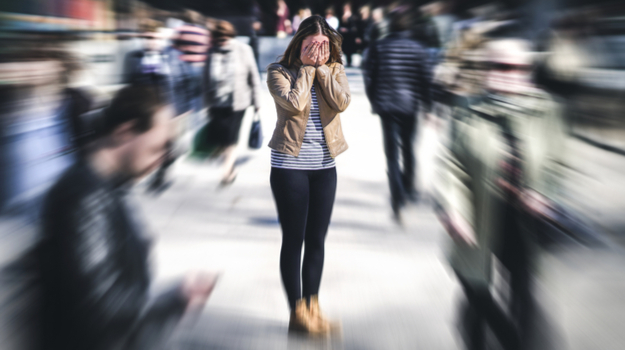 ENLIGHTEN-2 is the second Phase III trial of ALKS 3731 to have positive data. Results from ENLIGHTEN-1 were reported in June 2017. ENLIGHTEN-1 focused on the antipsychotic efficacy, safety and tolerability of the drug compared to placebo over four weeks in 403 patients with acute exacerbation of schizophrenia. That study met its primary endpoint, demonstrating statistically significant cuts from baseline in Positive and Negative Syndrome Scale (PANSS) scores compared to placebo.

ENLIGHTEN-2 was designed to confirm ALKS 3831’s weight profile compared to olanzapine. Olanzapine is an antipsychotic drug whose efficacy is well established but has limited use due to high incidence of significant weight gain.

ENLIGHTEN-2 was a multicenter, double-blind, randomized, Phase III trial that evaluated the weight gain profile of the drug compared to olanzapine over six months in 561 patients with stable schizophrenia. The pre-specified co-primary endpoints, which were both met, was a lower mean percent weight gain from baseline at six months compared to those receiving olanzapine, and a lower proportion of patients who gained 10 percent or more of their baseline body weight at six months compared to the cohort receiving olanzapine.

The study also met pre-specified key secondary endpoints, which were basically lower proportions of patients gaining weight. The company pointed out that, consistent with the Phase II trial of the drug, weight gain curves for the two treatment groups started to separate after the fourth week and continued to diverge for the rest of the study. For those receiving ALKS 3831, their weight stabilized at Week 6 and stayed flat for the rest of the treatment cycle.

The company indicates it will submit a New Drug Application (NDA) to the U.S. Food and Drug Administration (FDA) in mid-2019.

“Significant unmet patient need remains in schizophrenia despite the number of treatment options available,” stated Christoph Correll, professor of Psychiatry and Molecular Medicine at Hofstra Northwell School of Medicine. “A new agent that offers the robust efficacy of olanzapine but with a favorable weight profile that stabilizes within weeks of treatment initiation would be an important and differentiated addition to the treatment armamentarium for schizophrenia. People living with schizophrenia deserve treatment options that do not sacrifice tolerability for efficacy. A new therapeutic option with the profile demonstrated by ALKS 3831 in this study would be clinically meaningful for patients and their healthcare providers.”

This is undoubtedly good news after discouraging news on November 1. On that date, the Psychopharmacologic Drugs Advisory Committee and the Drug Safety and Risk Management Advisory Committee for the FDA reviewed the company’s NDA for ALKS 5461 for adjunctive treatment of major depressing disorder (MDD) in patients who didn’t respond adequately to standard antidepressants.

Unfortunately for the company, the advisory committees jointly voted 21 to 2 that the benefit-risk profile wasn’t adequate to support approval. The FDA is not required to follow the advice of advisory committee recommendations, so it’s possible the drug will still be approved for that indication, although with that strong a vote against, it seems unlikely.

The target action date for that decision is January 31, 2019.

“We were disappointed and surprised by the FDA’s characterization of the safety and efficacy data for ALKS 5461 and the resulting outcome of the Advisory Committee vote, particularly for the patients, their families and treatment providers who need and deserve access to novel therapies that work differently than currently available antidepressants,” stated Richard Pops, company chief executive officer. “We remain steadfast in our commitment to make a meaningful difference in the lives of people suffering with serious mental health conditions, and will continue to work with the FDA as it completes its review of the ALKS 5461 regulatory submission.”