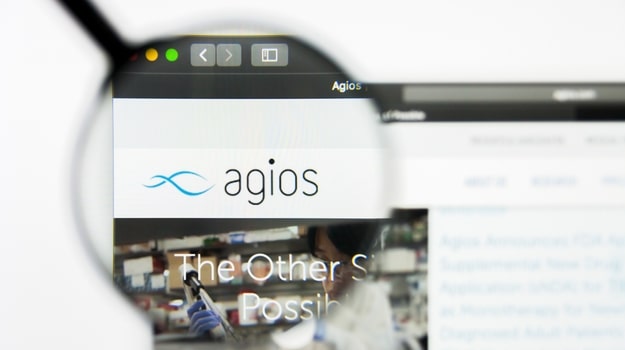 Agios Pharmaceuticals is cutting its staff numbers by 50 as part of plans to lay low on exploratory research efforts to focus on the success of late-stage initiatives.

The company did not say whether the job cuts would span across levels, but Agios announced that Bruce Car, Ph.D., the current chief scientific officer, will step down at the end of July. Sarah Gheuens, M.D., Ph.D., who currently serves as the chief medical officer, will now head all of research and development while maintaining her CMO role.

Agios, specializing in researching and developing cellular metabolism therapies for genetic diseases, called the change an "evolution." The company intends to retain a strong internal research team whose areas of expertise are relevant to its current and future late-stage research and clinical programs. Agios will also strengthen its business development projects to complement its new focus and ensure that its pipeline stays on course.

"We continue to prioritize investment in advancing programs that we believe have the highest likelihood of making an impact for patients, including our registration-enabling clinical programs in thalassemia, sickle cell disease and pediatric pyruvate kinase deficiency, our Phase IIa trial in low- to intermediate-risk myelodysplastic syndrome and our late lead-optimization research programs for PAH stabilization in phenylketonuria, and for BCAT inhibition in methylmalonic and propionic acidemias," Jackie Fouse, Ph.D., the chief executive officer of Agios, said in a statement.

"We believe this combination of assets represents an attractive portfolio of programs that aligns with our strategy and core expertise in non-malignant hematology and inborn errors of metabolism, and leaves room for continued growth of our pipeline," Fouse added.

The job cuts and realignment are expected to translate to $40 to $50 million in annual average cost savings from 2023 to 2026. The company hopes to have the resources needed to execute its operating plans without raising additional equity.

Agios logged $70.1 million in research and development expenses in the first quarter of 2022, up from $57.7 million over the same period in 2021. The increase was mainly driven by start-up expenses for trials on Pyrukynd to treat thalassemia and sickle cell disease. Pyrukynd received the U.S. Food and Drug Administration's approval for hemolytic anemia in adults with PK deficiency early in the year. The executed commercial launch generated around $0.8 million in net U.S. revenue for the first partial quarter after its launch.

Included in the company's priorities for 2022 are the results of the application for Pyrukynd from the European Medicines Agency, likely by the end of 2022, the start of the Phase III ACTIVATE-kids and ACTIVATE-kidsT trials for Pyrukynd in pediatric patients in mid-2022 and enrollment in the Phase III ENERGIZE and ENERGIZE-T studies assessing Pyrukynd for adults with thalassemia, also by year-end.