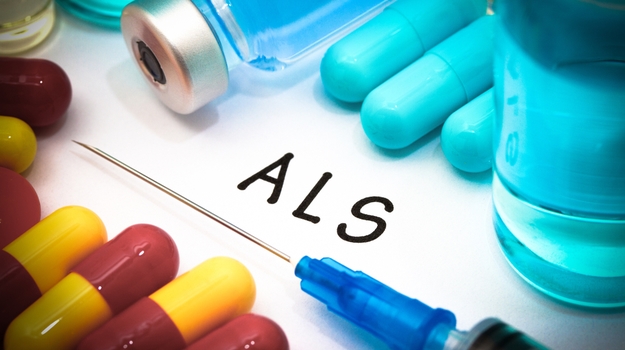 In various neurodegenerative disorders, such as amyotrophic lateral sclerosis (ALS), specific cells are more prone to breaking down and dying than others. Why this happens has been a mystery, until now. Researchers at Oregon State University have identified a key factor in why some motor neurons in the spinal cord die and others don’t. The research was published in the journal Experimental Biology and Medicine.

In the nervous system, neurons are cells that carry information to muscles, glands and other nervous. Motor neurons are large neurons found in the spine and brain stem. They have long axons that spread outside the nervous system in order to make contact with muscles and control their movements. ALS, also called Lou Gehrig’s disease, is the result of deterioration and death of motor neurons in the spinal cord. The disease is progressive, debilitating and fatal.

“It is well known that there are some motor neuron subpopulations resistant to degeneration in ALS, and other subpopulations that are highly susceptible to degeneration,” said Alvaro Estevez, associate professor of biochemistry and biophysics at OSU and corresponding author of the study. “Understanding the mechanisms involved in these different predispositions could provide new insight into how ALS progresses and open new alternatives for the development of novel treatments for the disease.”

In their research, Estevez and Maria Clara Franco, assistant professor of biochemistry and biophysics, found that Hsp90 repressed the activation of a key cellular receptor that was critical to neuron survival. When Hsp90 was inhibited, motor neuron death resulted.

They utilized a Hsp90 inhibitor called geldanamycin, which is an antibiotic used in chemotherapy. One of the unintended effects, this study suggests, is that decreasing motor neurons’ trophic pathways puts the nerve cells at risk.

“The inhibition of Hsp90 as a therapeutic approach may require the development of inhibitors that are more selective, so the cancer cells are targeted and healthy motor neurons are not,” said Franco.

It is possible that this research will lead to new approaches to treating ALS and similar neurodegenerative disorders.

Recently, researchers found that the gut microbiome appears to play a role in the course of ALS. Scientists with the Weizmann Institute of Science worked with mice with an ALS-like disease. They found that the course of the disease slowed after the mice received specific strains of gut microbes or substances that were secreted by the microbes. The results suggest that the microbiome may play a regulatory role in people with ALS.

First, studying the mice with the ALS-like disease, they gave them broad-spectrum antibiotics that killed off most of the mice’s microbiome. This caused the symptoms of the ALS-like disease to become worse. They also found that when they induced mice to live in a germ-free situation, i.e., having no microbiome, the mice struggled to live under that environment. The researchers believe this suggests a possible link between changes in the microbiome and accelerated disease progression, at least in mice genetically susceptible to ALS.

Analysis found 11 strains of microbes that were altered in ALS-prone mice as the disease progressed or even before they developed ALS symptoms.

They then isolated the microbes and fed them to the mice one at a time. Some of the strains had a significant impact on the ALS-like disease. One in particular, Akkermansia muciniphila actually slowed disease progression in the mice and prolonged their survival.

In an attempt to determine why Akkermansia might have this effect, the researchers analyzed thousands of small molecules secreted by the microbes, focusing on one called nicotinamide (NAM). In ALS-prone mice, the blood levels of NAM and in the cerebrospinal fluid was decreased after antibiotic treatment and increased after the mice were given Akkermansia. They then continuously infused the ALS-prone mice with ALS, which improved the clinical condition of the mice. Gene expression studies in the brains of the mice suggested NAM improved motor neuron function.